Time To Give Back

Alumni engagement is increasing in leading B-schools, at times going beyond financial help Photograph by A Prabhakar Rao

The Indian Institute of Management at Ahmedabad added a major research centre last year - the Misra Centre for Financial Markets and Economy, a Centre of Excellence. It aims to provide impetus to focussed research and teaching related to financial markets within the overall economic framework. The Centre came up thanks to a grant of around $1 million by Peeyush Misra, former partner at Goldman Sachs and at present starting his own business. He is from the institutes's 1997-99 batch.

"What sets IIM-A apart is really the rigorousness of the faculty, and supporting them in their research endeavours was in my mind. Research is close to my heart... so I felt we should support more research in economics and have Indian institutions focussed on Indian problems," says Misra. The choice of IIM-A was easy. "I felt there is need for an institute to focus on the market, economy and policy environment in India and there was no better place than my alma mater." 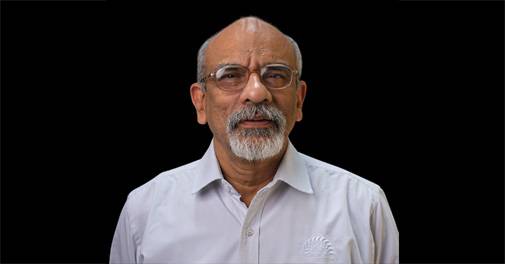 According to rough estimates, if an Ivy League institution like Harvard University talks of billions of dollars in the form of alumni contributions, the top seven IITs (Mumbai, Delhi, Chennai, Kanpur, Kharagpur, Roorkee and Guwahati) have raised over Rs 1,000 crore so far. But for the leading Indian B-schools, it would be about 5-10 per cent of that, or around Rs 50-100 crore. The expectation is that, going by the current levels of interest, the amount could double over the next five to seven years. "The alumni are giving back. In the last one year alone, while a million dollars came in for the Misra Centre, set up in honour of Peeyush's father, I gather that there is more happening. For instance, the Singapore chapter of alums, I understand, is in the process of raising $5 million," says Errol D'Souza, Director, IIM-A.

Alumni engagement is happening in others schools as well. In early 2018, IIM-Bangalore (IIM-B) set up a new development office under a Dean (Alumni Relations and Development). "In the first year itself (2018), we could collect Rs 10 crore, with a reasonable share coming from our alumni. I gather that we may be doubling that amount as we close the year 2019/20. There are batch contributions as well as individual contributions. For example, a group of alumni contributed to the naming of a classroom in honour of one of our faculty - Prof. Vatsala Nagarajan," says IIM-B Director G. Raghuram. He adds another dimension to this - corporate associations. "Our pitch to companies is to invite them to associate their brand with the IIM-B brand through a variety of means, including Centres of Excellence or Research Chairs or in any other way that they can support."

It's not just the IIMs that are seeing increased alumni interactions. Other leading business schools are in the same boat. While the Indian School of Business (ISB), which has campuses in Hyderabad and Mohali, has been engaging with its alumni since its early years (founded in 2001), it is only over the past five years or so that it has been doing so with a fund-raising perspective. According to sources, it attracts donations of about Rs 2-3 crore every year. The relatively young school has been following what it calls the 3W mantra - contributions by way of work, wealth and wisdom. This perhaps amplifies the point that age alone does not matter; it is more about the pitch one makes to the alumni and the nature of engagement.

Many schools tap into their alumni for their networks, which helps in the recruitment process and getting a range of companies to visit campus. The former students are also asked to share their real world experiences, which helps enrich classroom learning through lectures or new case studies.

But the link has to become stronger and deeper. What holds back B-school alumni? Ajay Pandey, senior faculty, former Director at IIM-A, and a governing committee member of the Misra Centre, says, "Unlike the IITs, which started getting alumni contributions from the late 1990s, it is only in the last five to seven years that the IIMs have seen greater alumni engagement. Part of the reason is that the IITs are older institutions and therefore the alumni's ability to give back has been a lot more and deeper. But I see the scene changing for B-schools and the alumni contributions growing not just through financial grants but also in supporting research efforts and in helping the alma mater with their network."

Talking of large contribution numbers during a period of economic slowdown only makes them more valuable, and greater research output will be a big step towards enhancing the global perception score of Indian B-schools.