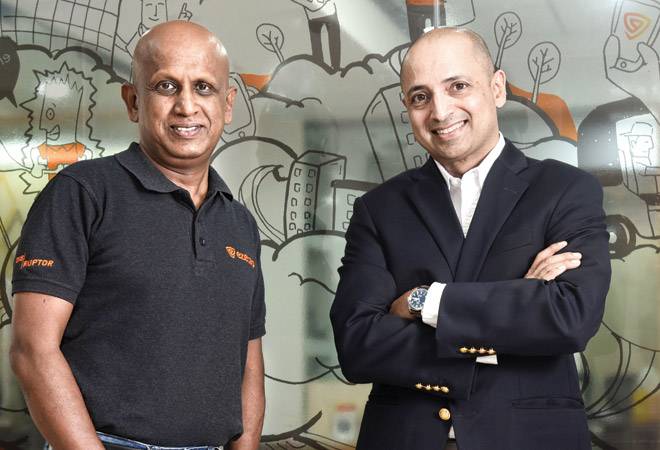 A product made in India and deployed in India that could be offered to the rest of the world - this is the vision around which Bengaluru-based mPoS (mobile point of sale) solutions provider Ezetap was set up in 2011. For Co-founders Abhijit 'Bobby' Bose and Bhaktha Keshavachar, entering the nascent mobile payments territory at the time was a leap of faith.

But the founders believed in its market potential across the fintech sector. Moreover, unlike the US where companies like PayPal and others ruled the digital payments space, India did not have legacy issues. So, Bose returned home after quitting a lucrative job in the San Francisco Bay Area and teamed up with Keshavachar to start Ezetap Mobile Solutions. He has recently moved out to become the first India head of Facebook-owned WhatsApp and Byas Nambisan has taken over as the CEO.

Ezetap comes with a wide range of offerings. There are mPoS devices enabling businesses to accept all credit/debit card payments, a software development kit to integrate its payments solutions with any mobile app and an application programme interface, a suite of protocols and tools, to sync it with web applications for secure payments via web interfaces. The company covers critical areas such as Unified Payments Interface (UPI) and also provides EMI solutions so that businesses can help customers convert sales into easy monthly instalments. It currently processes annual transactions worth $2 billion at a rate of five million-plus transactions a month.

While Ezetap's revenue and total transactions are flourishing, it is not exactly a money spinner. MCA filings show that the company clocked a revenue of Rs 51.7 crore in FY2017/18 compared to Rs 48 crore in the previous year, a 7.7 per cent jump, but losses went up 32 per cent, from Rs 30.7 crore to Rs 40.5 crore, during this period. One standard clarification is that it is investing in growth to gain scale and, consequently, profitability. The company has not disclosed revenue numbers for the current financial year but expects to break even in the second half of CY2019.

Most fintech firms in India are not sustainable yet due to razor-thin margins, but Ezetap stands out for other reasons. For instance, the majority of payment gateway players and several PoS companies run on a commission-per-transaction model, but Ezetap has decided to pursue a different course. "We have always said that the eventual goal of payments is not the transaction but the services we deliver," says Chief Technology Officer Bhaktha.

Around 90 per cent of its earnings come from monthly recurring revenues (where customers pay monthly fees) but the company also offers a host of services beyond transaction processing. These include payments reconciliation for large enterprises and generating analytics reports. It caters to 300-plus big and small enterprises, including industry leaders such as Airtel, TataSky, Bharat Petroleum, Reliance, Indian Oil Corporation, Amazon, BigBasket, Urban Ladder and Health & Glow.

Its initial efforts to integrate banks with payments solutions were not just a challenge but an inevitable evolutionary process. "When mPoS/PoS players entered the market, it had not dawned upon the banks that it was not just about payments but services being delivered with a payment component in it," says CEO Byas Nambisan. But that has changed now. Ezetap has tied up with most leading private-sector and public-sector banks and banks, in turn, are mulling how to provide extended and value-added solutions to merchants via payments services. According to Nambisan, this is the most significant change the company has seen over the last three-four years.

The company has branched out to Dubai through its subsidiary and entered other Gulf Cooperation Council nations, but Nambisan thinks there is enough scope to grow in the domestic market. "With the current market largely comprising Tier I and Tier II cities, the rest of India remains untapped. And to leverage this opportunity, some unlearning may also be required. We have to do it differently."

Companies like Ezetap are often keen to build a vast customer base for monetisation, but the biggest challenge lies in scaling up the mPoS business. The concept works well in metros and non-metro urban areas. But lagging mobile signals/slow Internet connectivity is a big issue in high-rise residential blocks, thus hindering faster or seamless payments processing. Then again, small-town retailers prefer to deal in cash. Complex financial laws and regulatory changes are also affecting the mPoS market in India. For example, when the UPI payment mode was launched, mPoS players had to integrate the same on their platforms.

Ezetap is also competing with the likes of Mswipe, Pine Labs, Mosambee and Innoviti. "We are still years away from seeing a clear market leader emerge in this space. Challenges are still aplenty, especially on the regulation front," says Nambisan. "Changing policies in sectors like e-commerce affect our customers and have a ripple effect on us."

Finally, will it do a PayU and try to launch a consumer lending business by securing an NBFC (non-banking finance company) licence from the RBI? There is no such plan yet, but that could change. "Right now, we do not have a plan as there is a singular focus on building the platform further. Whether we want to become one of them (NBFCs) is a decision we will have to take in the future," concludes Keshavachar.