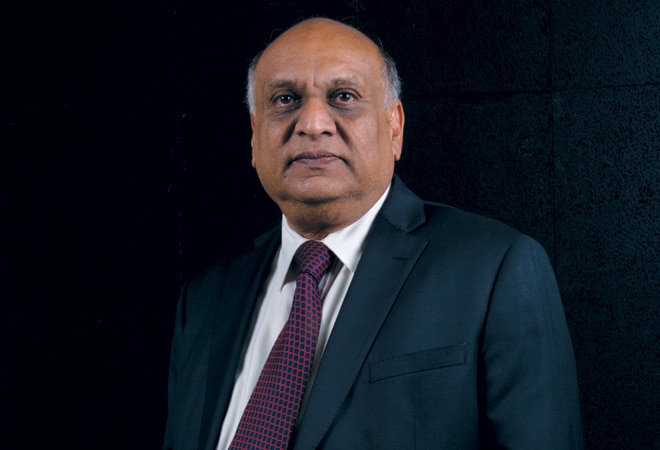 In the middle of the coronavirus crisis, the Rs 12,000-crore, Kolkata-based Shree Cement went ahead and cemented a partnership with one of India's iconic football clubs - East Bengal Sporting Club - soon after it completed 100 years. Shree Cement picked up a 76 per cent stake in the club, which has since been renamed Shree Cement East Bengal Foundation. "We want to be associated with major activities of West Bengal," says Shree Cement Managing Director Hari Mohan Bangur. "This is the right time to invest in a global sport like football."

That's a smart branding move as Shree Cement looks to build on its brand equity in newer markets, even as a vast swathe of the country's business landscape struggles to find its bearings post-lockdown. The association with East Bengal - primarily a soccer club - will not be limited to football. The plan is to promote other sports too.

There is astute reasoning behind Bangur's move to associate with East Bengal. It allows him to piggyback the club into newer markets - apart from north and south India - with Indian Super League (ISL). It also coincides with plans to move beyond value-conscious market segments. "Football is a cheap way for any company to build its brand equity nationally," says sports management consultant Sabyasachi Dasgupta, whose company Leisure Sports Management had launched India's first franchise league, the Premier Hockey League, in 2005.

Bangur's tryst with football came during a protracted slump - GDP growth falling over eight quarters since March 2018. The situation worsened with the lockdown. As Bangur concedes, "We started this year with a very negative feeling, not knowing what will be there."

Yet, in the middle of this, he acquired a football club. But bizarre moves are Bangur's card. During a similar slump in 2002, he had left a cash-rich suitor stranded at the altar and walked away, simply because the union just didn't feel right to him. It was a bizarre call, given that the suitor - the French group Vicat - had offered Bangur Rs 800 crore for equal ownership in Shree Cement at a time when he, saddled with excess capacity and high debt during a four-year downturn, was desperate for a bailout.

On hindsight, calling off a 50-50 deal does not seem that bizarre. As Bangur asks rhetorically today: "Who would have taken the decisions? me or them?"

The 2002 experience has left a lasting impression on Bangur, a fear of debt. "Debt is very good for growth but during bad times, the loan and the interest will kill you," he explains. "We have seen many examples, and now we want basically to remain debt free."

Bangur's obsession with keeping debt levels low has helped the company improve its operational performance in the second quarter of 2020/21 as the lockdown eased and sales picked up.

Data from financial services company Emkay Global shows while the cement sector as a whole clawed back to a year-on-year recovery of 3 per cent in Q2, Shree Cement posted the second highest growth in volume (16 per cent) among the main players. Its Q2 net profit surged 77.1 per cent year-on-year to Rs 547.25 crore. This was considerably higher than the Rs 371.4 crore estimated by analysts tracked by Bloomberg. It trailed only JK Cements (25.6 per cent), way ahead of the third-placed Ambuja Cement and UltraTech Cement (6 per cent).

According to Bloomberg, Shree Cements achieved volume growth by keeping prices in check. It's a business principle Shree Cement has been following for the past 15-20 years. Says Bangur, "My cost-cutting is not dependent on the present economy, it is a continuous phenomenon."

Hence, at a time when companies stopped future projects because of the uncertainty posed by the pandemic, Shree Cement's expansions plans were back on track as soon as the situation improved.

Bangur has also refused to get into a rut by sticking to any standard operating procedure (SOP), which he feels is "not possible" as "everyday something new will come up", which will require flexibility to be resolved.

Employees are encouraged to try out new things. "If somebody has something to try, there is the freedom to knock," Bangur says.

"This is how we continuously grow... This is something that makes us different from all other commodity companies, not only cement companies," he adds.

For all the fears over coronavirus, the biggest leg-up the company got during its outbreak was from the pandemic itself; in Bangur's view, demand picked up in the second quarter on account of labour migrating to their hometowns, mainly in in the rural areas and Tier-II cities.

Bangur points out that as people returned home to smaller towns and villages in large numbers during the pandemic, it created a space shortage. With more people working from home in Tier-II cities than ever before, it led to people adding rooms. That has resulted in a rise in demand for cement. Not surprisingly, the demand has come from eastern and central India, which, Bangur says is because of the lower levels of urbanisation in these regions. Also much of the migrant labour comes from these regions. He, however, does not expect demand to cross the 4-5 per cent range, quite similar to what it was a year ago.

Despite the small demand pick-up, Bangur wants to be prepared, and plans to double production capacity over the next seven to eight years. And taking his brand forward will be football.

Anik Basu is a Kolkata-based writer