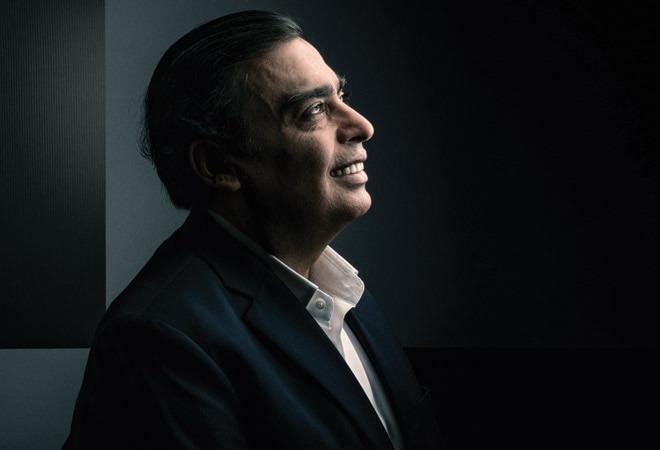 Tmpossible is not a fact. It's an opinion, stated boxing legend Muhammad Ali. That applies to billionaire Mukesh Ambani too. In 1997, his father Dhirubhai Ambani asked him to build Asia's largest petroleum refinery at Jamnagar in 24 months, against the usual 60 months then. Mukesh Ambani charted out a new work schedule, counting backwards from the target date and pulled it off. When it came to creating two consumer focused businesses almost two decades later, sceptics said it would be impossible for Ambani. He proved them wrong by building India's most profitable telecom and retail businesses - Reliance Jio and Reliance Retail - by simply widening the scope of the sectors.

At a time when large parts of the world was locked down due to coronavirus, Ambani struck a series of deals, pivoting Reliance Industries (RIL) from a core sector company - refining and petrochemicals - to a technology company led by Jio Platforms (JPL) and Reliance Retail Ventures (RRVL). Then, JPL, a subsidiary of RIL raised Rs 152,056 crore from Google, Facebook and 11 private equity firms and sovereign wealth funds. Soon after, RRVL raised Rs 47,265 crore by diluting 10.09 per cent stake. RIL also launched Indias largest rights issue of Rs 53,125 crore in May-June, which was subscribed 1.59 times. The entire amount from the rights issue is expected to be realised by the end of 2020/21. RIL officials said the company has turned cash positive with net cash of Rs 10,256 crore against net debt of Rs 1.61 lakh crore in March.

Jio, which launched mobile services in September 2016, posted a 87.65 per cent rise in standalone net profit at Rs 5,562 crore in 2019/20, driven by subscriber additions and tariff hike. Meanwhile, RRVL posted a 76.5 per cent spike in net profit to Rs 5,540 crore. The consolidated profit of RIL was flat at Rs 39,880 crore. Today, JPL has the most mobile subscribers in the country (405 million), while RRVL has over 11,800 physical stores and is supported by e-commerce venture, JioMart in 200 cities.

During RIL's 2019 annual general meeting, Ambani said sceptics used to say Reliance could not succeed in consumer businesses. "Jio and Reliance Retail have proved them wrong," he said. "If these two consumer businesses had been separately listed companies, each would be ranked among the top 10 in India today, in terms of value," he added.

Over the last three years, RIL invested Rs 6 lakh crore in its three business streams - oil, telecom and retail. Of that almost Rs 4 lakh crore went into JPL. This led to RIL's gross debt hitting Rs 3.36 lakh crore (as on March 31, 2020) and net debt Rs 1.61 lakh crore. Post the entry of Facebook and Google, and deals in RRVL and the rights issue, RIL has turned cash positive after six years.

As Brazilian novelist Paulo Coelho noted about 'who I am', Ambani is the sum of the experiences he lived in the past. The largest investment cycle in his lifetime in RIL is over. The billionaire will turn 70 in 2027 when the ongoing Golden Decade of RIL will end, celebrating 50 years of the IPO of Reliance Textile Industries, the earlier name for RIL.

Ambani's conviction in the digital and telecom business has changed India's communication landscape. In 2010, when he first invested in radio spectrum, the idea was to build a telecom company at a cost of Rs 50,000-60,000 crore. As the budget ballooned, Ambani became cautious, but wanted to be different in technology, compared to the incumbents.

The idea of reaching out to the retail customer was not there in the DNA of Dhirubhai's Reliance. In the transformation of Reliance from yarn trading to refining and petrochemicals major, the founder focused on B2B and building a consumer brand was not his priority.

Though the original telecom foray Reliance Infocomm was Mukesh Ambani's idea, his contribution to the business ended with the split in the family. Infocomm went to younger brother Anil Ambani. It was the re-scripting of the non-compete clause in the brothers' agreement in 2010 that paved the way for Mukesh to once again invest in telecom. However, he started the move to consumer businesses a year after the break up through the launch of grocery retailing in 2006.

A close confidant of Ambani says the industrialist was attracted to successful global corporations and then Indianised the business models. "Brick and mortar retail was an Indian version of Walmart and Tesco. When it came to Jio, the original idea was to build a Verizon or Sprint, but evolved over the years as a mixture of Google, WhatsApp, Netflix, Amazon and Alibaba," he adds. Ambani is betting big on building new platforms under Jio or aquiring them, finding scope in areas such as e-learning and e-medicine.

The scope of online health covers digital consultation, diagnostics, e-pharmacy, online clinic for doctors, while education include Kindergarten to 12 (K-12), test preparation for competitive exams, jobs and higher education. JPL has developed JioMeet in line with video-conferencing application Zoom. Broadband is another area that he is betting on.

Ambani also plans to shake up the Indian entertainment industry by releasing one movie a week through the JioFiber network, under the First Day First Show offering. Jio Studios, which creates content for Reliance Jios broadband and mobility platforms, aims to produce and release 52 movies in a year. They plan to achieve such scale within two years.

Besides Jio's investment, the parent group invested Rs 1 lakh crore in expanding the petrochemicals business by constructing the worlds largest refinery off-gas cracker (ROGC) and its downstream units and a paraxylene plant. The group has also invested heavily in Reliance Retails geographical expansion and product addition. The retail giant built partnership networks with millions of small merchants and kirana shops.

Reliance Retail, which faced resistance from kiranas and political parties when it launched in 2006, opened 3,000 new stores in 2018/19 and 1,400 stores in 2019/20 - that's more than six new stores every day in the last two financial years. Through its omni-channel strategy, RRVL is now effectively countering the onslaught of Amazon and Walmart-owned Flipkart.

RRVL is adding new products ranging from grocery to footwear and jewellery to electronics. It is following a multi-pronged approach of operating a chain of neighbourhood shops, supermarkets, wholesale cash & carry outlets and specialty and online stores.

The product strategy in refining and petroleum is another interesting point. Ambani plans to convert 70 per cent of RILs output from the Jamnagar refinery and petrochemical complex to chemicals. At present, the complex produces 90 per cent fuels and 10 per cent chemicals. Foreseeing a reduction in fossil fuel consumption, Ambani's plan is to switch RIL's major volume of fuel production to high-value chemicals. In sync with this is the financial strategy.

Another big deal in the works is with Saudi Aramco. The Saudi government-owned company is negotiating with RIL to pick up 20 per cent stake in the oil to chemicals business. The Rs 1.1 lakh crore deal has already been delayed because of the crash of crude prices and geopolitical issues.

On the acquisition front, RIL has agreed to acquire retail, wholesale, logistics, and warehousing businesses of Future Group for Rs 24,713 crore. Amazon has legally challenged the deal as the US e-tailer owns 49 per cent in one of Futures unlisted firms - Future Coupons Ltd. At present, Future Coupons holds 7.3 per cent equity in BSE-listed Future Retail Ltd through convertible warrants. While the matter is before the Delhi High Court, Ambani is going ahead in acquiring startups. RRVL recently acquired 96 per cent stake in online furniture portal Urban Ladder for Rs 182 crore. Prior to that, RIL brought a majority stake in digital pharmacy start-up Netmeds and acquired 15 per cent in online lingerie retailer Zivame.

Ambani is on a mission to transform RIL into a comprehensive conglomerate.

Back From the Brink