As job description and roles across sectors transform based on digital goals of companies, diversity and inclusion have become more holistic
Rukmini Rao | Print Edition: April 4, 2021 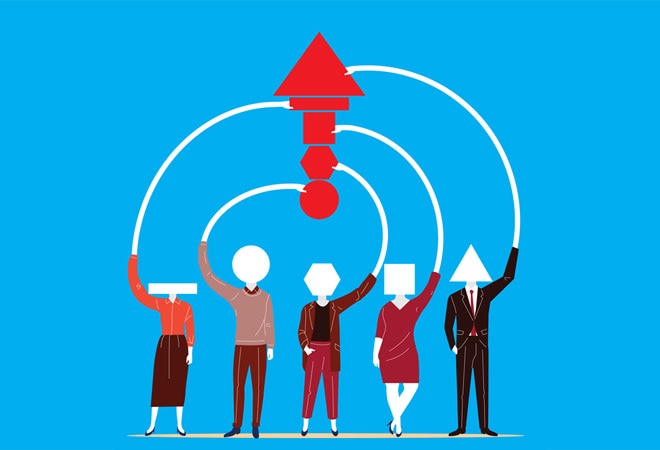 Last November, e-commerce giant Flipkart launched 'FlipMarch', an initiative to recruit ex-Army personnel across its workforce. Long before, around three years ago, Infosys had announced partnerships with Trinity College and Rhode Island School of Design to create new educational programmes to prepare liberal arts students for digital workplaces. Much of PhonePe's 1600-plus offline sales team currently consists of talent from Tier-II and III towns, hired because they knew that market well. 'Abilities Unleashed', Accenture's initiative driven accessibility council, on the other hand, helps people within the organisation with disabilities to build leadership skills. Amazon's ATLAS, helps employees move to tech roles through learning programmes and internships in tech teams.

These instances not just reflect the changing face of the workforce, but also how conversations around diversity and inclusion are taking shape and form. Till recently, having a diverse workforce generally meant hiring women. That is no longer considered a benchmark. Today, companies are looking to address a number of factors as part of their diversity and inclusion ethos, including sexual orientation, mental and physical abilities, language, location (rural and urban), socio-economic status and appearance. Nurturing diversity is no more just a legal or moral imperative, it is critical for companies success in the 'new normal' and for a favourable economic shift in the long term.

The pandemic has helped shatter the work-from-home (WFH) ceiling, which was earlier a deterrent for talented professionals to have successful careers. "The hybrid working model has further aided our endeavour in creating a truly diverse organisation as it provides members the flexibility to manage personal needs as well as work efficiently" says Amit Prakash, CHRO, Marico Ltd. Also, with millennials joining the workforce, addressing around age and generation, gender and gender expression, sexual orientation, mental and physical abilities, health, race, ethnicity and religion, language, location (rural and urban), income, education, socio-economic status and appearance has become imperative.

And as large organisations acknowledge inclusion as a pre-requisite for building a diverse ecosystem and for talent to innovate and excel, hiring strategies are also seeing a transformation, depending on the varied requirements of the company across roles and verticals. In an effort to broad base talent, companies are looking beyond STEM (science, technology, engineering and marketing) graduates.

"Companies are evaluating roles that are far more complex. So becoming a jack of all trades or knowing a bit about everything is becoming pervasive," says Vijay Sivaram, CEO, Quess IT Staffing. On the tech side, there is hybridisation of job descriptions with more skills bundled into one than ever before. "Some roles that are trending as a result of role-diversity or hybridisation, are ghostwriters, social media managers, UI/UX designers, and data analysts," he says.

Several companies have launched special initiatives to ensure inclusive hiring. Flipkart has its eDAB programme (Ekartians with Different Abilities) where it employs over 1,000 differently-abled employees across the supply chain. "A fluid and transparent culture results in spurring innovation and excellence, two tenets which are synonymous with Flipkart. Our teams have members from diverse backgrounds and expertise. This has helped us build some of the most amazing capabilities" says Chief People Officer Krishna Raghavan. Infosys, which started hiring people with different backgrounds such as liberal arts, experience design, cognitive sciences, etc., in addition to others, believes the new hybrid talent pool - which draws on broad-based liberal arts foundations, technological ability and learning - helps the company have an intellectual diversity needed to create cutting-edge solutions for clients. "We start with identifying skills needed for the future and work closely with academic institutions where such talent is available. We hire people through a rigorous process and invest in world-class training programmes to transform them to professionals equipped with skills needed on projects" says Richard Lobo, Executive Vice president, Head HR, Infosys. At Wipro, talent from non-science background are hired for roles such as instructional designers, UI/UX designers, digital workforces service desk, operations executives, language interpreter. "We have a three-year work integrated learning programme for non-science hires and students are trained by a premier management institute for financial analysts and HR roles" says Saurabh Govil, President & Chief Human Resources Officer, Wipro.

In keeping with the changing trends, Accenture recently brought changes to its people policies to make them more inclusive and beneficial. The new leave policies - maternal, paternal, adoption and surrogacy leave - focus on the importance of care-giving versus gender and marital status. Similarly, life insurance nomination, which was previously restricted to spouse and family members, has now been extended to include any person nominated by the employee, irrespective of the legal definition of the relationship. "We take an intentional approach to equality, which is backed by clear goals, leadership alignment and tangible action, and have set some industry-leading benchmarks" says Lakshmi C., Managing Director and Lead, Human Resources, Accenture in India.

While large, traditional companies deal with scale while implementing the differentiated approach, new-age companies have imbibed some of this in their DNA, thanks to younger bosses and workforce. "Zerodha has never gone after certificates or pedigree institutes when it comes to hiring. During the early stages, all hiring was done on a gut-based personal evaluation of the candidate" says Hanan Delvi, Chief of Client Relations, Zerodha. Over time as the brand grew, the company started attracting talent from all over and roles created were based on business needs. "When it comes to tech roles, we generally look for hobbyist coders who like to work and excel in an unconventional environment. Degree, college, background dont really matter but his profile on Github may be of a lot of relevance. For sales and support, we look for bilingual people who like stock markets. This is good enough for us to train them," she adds.

At PhonePe, culture fitment and skills take precedence over others. Says Sameer Nigam, CEO & Founder, PhonePe, "The profile of a person building mutual funds is very different from those building offline rural sales points. Similarly building for Bharat v/s India is also different." With 50 per cent of his direct reportees being women, the company has put a freeze this year laterally for hiring a director and above unless it's a woman, with focus on inclusion in Board and senior roles.

In the changed times, companies are not just looking at the disabled, but also at people who have undergone personal trauma and constraints. Alok Kumar, Senior Director, Manpower, says, corporates have opened up to hiring acid-attack victims and are tying up with NGOs to further the cause. This is more so in insurance sales, tele-sales and support sales catering to banking services and vernacular languages. "We have a mandate from one of the largest BFSI companies that supports home loans of big banks to provide tech support and take in homemakers and post-maternity women to log in per-hour basis to do the job. It's like the uberisation of jobs" he says.

Building The Base For Future

A toolkit put out by the Work Economic Forum on Diversity, Equity and Inclusion 4.0 last June points at a research by Korn Ferry Institute, which shows economic co-relation between diversity and inclusion. According to the study, companies that lead their geography and industry in diversity, equity, inclusion and belonging perform better than market average across a wide range of performance metrics.

It says such companies are 25-36 per cent more likely to outperform on profitability, have 20 per cent higher rate of innovation, and see 30 per cent greater ability of spotting and reducing business risks. Conversely, those companies that fall behind their regional and industry peers are 29 per cent less likely to achieve above-average profitability.

Along with long-term profitability goals, large companies have already started investing in making a difference at grassroots and secure a diverse workforce for the future. TCS, for instance engages with raw talent pool by reaching out for unique 'Digital within Design' talent from hand-picked premier institutions, who can empathise with customers' business requirements by delivering top-quality human-centric design thinking. "Expert groups & COEs drive these initiatives. Dedicated cross-functional teams are constituted with the active participation of business to manage and run these programmes - right from identification of talent across institutes, creating tracks for hiring and engagement, and building infrastructure and ecosystems within to build on this talent pool and make it available for deployment across TCS," says Janardhan Santhanam, Global Head, Talent Development.

Among its several other initiatives, IBM has collaborated with CBSE to develop a curriculum for Artificial Intelligence, to be introduced as an elective subject for Class IX to XII. The pilot project launched last year as part of the CBSE SEWA programme, covers base strands of knowledge (basics, history, applications), skills (design thinking, computational thinking, data fluency, critical thinking) and values (ethical decision making, bias) in AI. Around 160 schools and over 12,000 students have benefitted from the programme to date. Deepti Varma, Director, HR, Amazon, says, the company runs various other programmes as well. "Our flagship diversity programme on-campus helps in building a pipeline of women in entry-level tech roles by providing engineering students learning opportunities, projects and mentorship, before they are interviewed for an internship at Amazon".

While these initiatives are in the right direction, for a larger section of corporate India to turn inclusive, "the best way to get something done is to do it when a lot of people complain about the same," says PhonePe's Nigam.

It has indeed been one of the main reasons for changing the definition of diversity in corporates for the better.

In Its Own League