In the early days we based it on the market cap of the companies as on March 31. Like in everything else, there is change.
Team BT | Print Edition: November 18, 2018 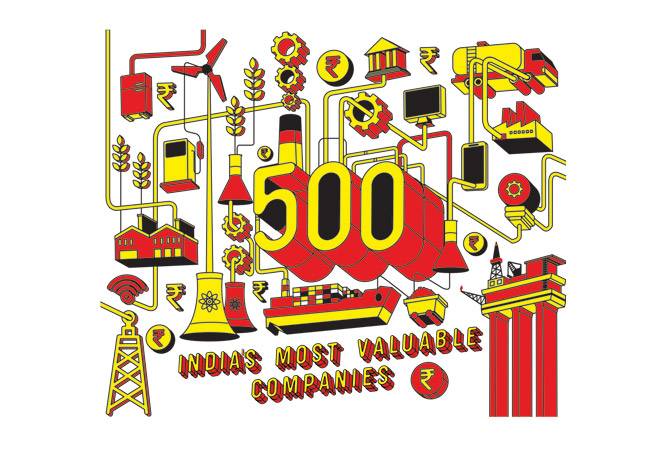 Business Today has been ranking India's largest companies - BT 500 - since 1993 based on their market capitalisation. In the early days we based it on the market cap of the companies as on March 31. Like in everything else, there is change. In 1997, we took a close look at the methodology to make the first change. We then started ranking companies based on their market cap during the fiscal - April 1 to March 31. In 2002, we began using average market cap between April 1 and September 30. In 2016, we reverted to the 12-month ranking, taking the period from October 1 to September 30. This gives you the advantage of looking at not just the 12 months' numbers but also the most recent numbers from the stock exchanges.

When you look at the main tables, along with the October-September market cap, we have also provided the average market cap over the past two fiscals for a better understanding of how the company performed. Later, on Page 116 we have a series of tables that rank the companies by profit after tax, total income and assets. Companies in the banking, financial services and insurance (BFSI) sector have not been ranked on these parameters as their method of capturing and measuring these metrics is markedly different from all other sectors. In the tables, companies that fall under the BFSI sector have been highlighted so that you can easily identify them.

For the purpose of our study, we used the Accord Fintech's Ace Equity database. To arrive at our listing, we began with a master sample of 5,733 listed companies. We used BSE market cap in all cases, except for those companies that are listed only on the National Stock Exchange or NSE, which are very few. Companies that were not traded on a minimum of 20 per cent of the 247 trading days in the October 2017-September 2018 period were excluded. This reduced the number of companies to 3,462. Thereafter, we extracted the average market cap of each company over this period (October 2017-September 2018) and used it to rank the top 1,000 companies. You can find the Top 500 from page 86, and the ranking of 501-1,000 companies can be accessed online at www.businesstoday.in.

The study is not limited to market cap. Metrics such as total income, net profits and total assets, debt, return on net worth (RONW) and return on capital employed (ROCE) have also been showcased for the reader to make discerning comparisons. For most companies, the financial year ending is on March 31. Where there are exceptions, we have mentioned so in the footnotes, also on page 86.