RIL bounces back to the No. 1 position after seven years, thanks to Jio and petchem expansion. 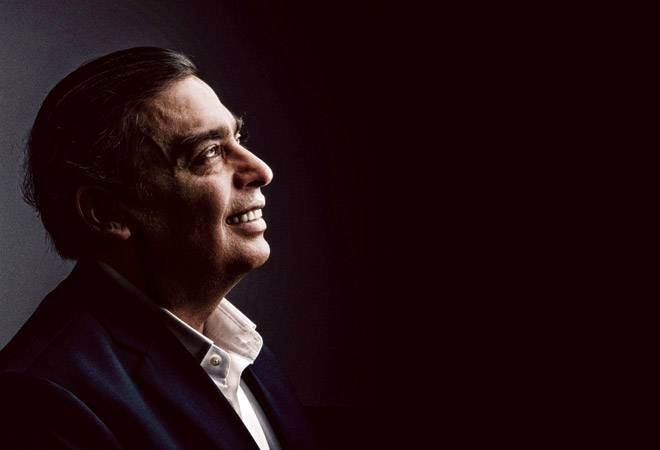 While addressing shareholders in July, Mukesh Ambani portrayed the present era as the "Golden Decade of Reliance". His reasons - telecom start-up Reliance Jio posted profit in first year of commercial operations; earnings of the petrochemicals vertical grew to the size of Reliance Industries' (RIL's) biggest business, refining; and cash flow reached a level where the company can clear its net debt of Rs 1.8 lakh crore in less than three years.

RIL recorded a 30.5 per cent rise in consolidated revenue to Rs 4,30,731 crore in 2017/18, thanks to onstreaming of greenfield petrochemicals projects at Jamnagar and rise in prices of refined petroleum products. The net profit rose 20.6 per cent to Rs 36,075 crore, largely because of high gross refining margins (GRM) of $11.6 a barrel. RIL became the second $100-billion company in July this year, following TCS. The average market capitalisation of the petroleum giant was Rs 6.27 lakh crore in the October 2017 to September 2018 period, higher than that of TCS.

The "Golden Decade" has not come without challenges. Till a few years ago, Ambani's plan to enter digital services was taken lightly by telecom czars. The incumbents - Bharti Airtel, Vodafone and Idea - were well placed and enjoying fat margins, advancing their operations to every nook and corner of the country at a fast clip.

However, Reliance Jio launched its service in ways that were unheard of in 2016 - it made voice calls free, built an ultramodern digital ecosystem for boosting the data business and drastically brought down data rates. Average mobile phone bills of Indians fell to at least one-third after the arrival of Jio. The established players started bleeding and average revenue per user (ARPU) of telecom companies fell to Rs 79 in 2016/17, from Rs 123 in 2014/15.

Another big move is launch of fifth generation (5G) telecom services within six months of spectrum allocation. The government plans to allocate airwaves for 5G services - which support download speeds 50 to 60 times faster than 4G - by the end of 2019. Jio has a 5G-ready LTE network.

Parallel to Jio, RIL made another huge investment, about Rs 1.5 lakh crore, to build the world's largest Refinery Off-gas Cracker and its downstream units and para-xylene (p-Xylene) plant. The timely investment helped the company offset declining margins at its flagship refining business, which registered a 18.2 per cent fall in refining earnings before interest and tax (EBIT) at Rs 10,637 crore in the first six months of this financial year. GRMs fell from $11.9 a barrel to $9.9 a barrel during this period. However, the segment EBIT of petrochemicals business witnessed a record rise of 77.7 per cent to Rs 15,977 crore. This made petrochemicals the largest vertical in terms of cash flow for the first time. In the last financial year, the refining EBIT had grown just 3.2 per cent while petrochemicals EBIT had reported a 63 per cent rise.

Reliance Retail now has 9,146 stores with reach in 5,800 towns and cities. Ambani said at the AGM that Reliance has reached an inflection point. "As the Golden Decade rolls on, our consumer businesses will contribute nearly as much to overall earnings of the company as our energy and petrochemical businesses," he said.

But there are some worries about RIL. The E&P business posted a negative EBIT of Rs 431 crore in the first half of this year and it is one of the major worries for investors. Some investors are also concerned about the delays in the $5 billion petcoke gasifier project.