Whether India develops a Covid-19 vaccine/drug or not, Indian companies will be preferred partners for global pharma to make and distribute the life-saving drug globally 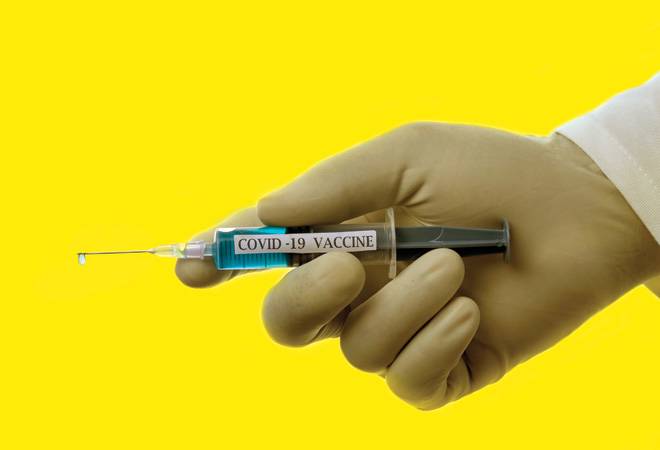 By Winter. This is the ambitious target set by scientists to defeat Covid-19.

Regulators, scientists and life sciences companies are working at break-neck speed in what has become the largest and fastest vaccine/drug hunt in human history.

Biotech specialists are using all available platforms or vehicles - dead, artificially engineered and live viruses, apart from DNA- or RNA-based ones - to transport virus-killing antigens into human cells. Big pharmaceutical companies such as Pfizer, Novartis and GlaxoSmithKline are collaborating with each other. They have also opened their patented libraries of drug knowledge to researchers and academia. Governments and philanthropists are pumping in billions of dollars into promising projects. Scientists are attempting hundreds of treatment options from novel plasma and antigen injections to reusing old molecules right from Made in India anti-malarial hydroxychloroquine to HIV anti-virals to psoriasis or hepatitis drugs.

Normally, it takes four-six years to launch a vaccine right from developing a candidate and animal trials to three-stage human trials. The time to bring a drug to market is ten years. Scientists screen lakhs of chemical compounds, identify the candidate and develop it for two-three years before starting clinical trials. Only one or two out of ten candidates reach the human clinical trials stage.

But these are not times. In taming Covid-19, time is of essence. The do-or-die efforts of life sciences companies across the globe have ensured that ten out of 124 vaccine projects on Covid-19 have advanced into the human clinical trials stage within three months.

The efforts, whenever and in whatever form they succeed, will see Indian companies and laboratories play an important role in both development and production of these drugs and vaccines.

In India, many leading companies such as Sun Pharma, Biocon and Glenmark are attempting treatments with known molecules or therapies. At least a dozen Indian companies are also attempting to develop vaccines - from well-known names such as Serum Institute of India (SII), Zydus Cadila, Bharat Biotech, Indian Immunologicals and Hester Biosciences to relatively unknown Mynvax, Neuberg Supratech and Premas Biotech, besides many government-run labs. India is working on 30 projects by big industry, startups and academia, says the government. "There are at least eight candidate vaccines, of which four are relatively ahead. Our national science laboratories are working on six candidate vaccines, of which we are very hopeful about two-three," Dr. V. K. Paul, Chairman, Empowered Group - I and Member (Health), NITI Aayog, told the media on May 28. "This is such a huge pandemic that there is no meaning in saying who will come first or second. There is enough room for those going slow and steady also," Dr.Paul said when asked about where India stands in the race.

India's generic drug development capability, ability to make finished drugs or vaccines cheaper than anyone else, numerous manufacturing sites in other countries and marketing presence across the globe will force big pharma and new vaccine/drug developers to rope in Indian partners. That is already happening.

Take SII, the world's largest vaccine maker in volume terms, and the most promising 'Oxford vaccine', being developed by the Oxford University's Jenner Institute with the Oxford Vaccine Group. The Oxford Research Group is relying on a time-tested way - antigens developed from mild cold causing infections in chimpanzees and containing genetic material of Covid-19 spike proteins that replicate the virus in humans. A section of experts had initially doubted results of trials on monkeys. However, the vaccine is being tested on 1,000 patients in the first two phases. Over 320 people have been given a dose. The results are encouraging.

The group was in discussions with several companies to make the vaccine, including Indias SII, but US multinational AstraZeneca licensed the vaccine a few weeks ago. "AstraZeneca is in discussions with Serum Institute of India and other potential partners to increase production and distribution," the company said on May 21. "Our discussions with AstraZeneca are on and we will be able to comment further once the deal is concluded. In addition to this, we are working on multiple vaccine candidates in the US, the UK, Europe, and not relying on one," Adar Poonawala, promoter and CEO of Pune-based SII, told Business Today.

The US governments Biomedical Advanced Research and Development Authority has given AstraZeneca $1 billion for development, production and delivery of the vaccine. The Phase III trial will involve 30,000 participants.

AstraZeneca is taking a big risk. It has signed manufacturing and supply deals for initial 400 million doses and total manufacturing capacity for one billion doses, with first deliveries to begin from September 2020. Pascal Soriot, Chief Executive Officer of AstraZeneca, says more agreements and several parallel supply chains are in the pipeline.

Novavax, a US-based late-stage vaccine development maker, has an advance candidate vaccine NVX-CoV2373 that is undergoing Phase I human trials in Australia. It has got $388 million from the Coalition for Epidemic Preparedness Innovations to further develop the vaccine. Novavax has chosen an easy way to manufacture the vaccine if its candidate clears human trials. The company acquired SII's unit, Praha Vaccines, at Bohumil in Czech Republic last week in an all-cash transaction for $167 million. Stanley C. Erck, President and Chief Executive Officer of Novavax, says this will help them produce more than one billion doses per year. SII will help it augment production at Bohumil by the end of this year. "After acquiring the Czech Republic plant (in 2017 for ?72 million), we had spent an additional $100 million to upgrade it to a world-class facility producing one billion vaccine doses. We have only recovered what we had spent," says Adar Poonawala. He says he decided to sell the plant to focus on own manufacturing efforts in India and also because Serum has another manufacturing plant in Europe, in the Netherlands.

"At least half-a-dozen leading Indian companies such as Serum, Bharat Biotech, Zydus Cadila, Indian Immunologicals, Biological E and Wockhardt have global standard manufacturing capabilities and can supply to different parts of the globe," says Dr R.B. Smarta, Chairman and Managing Director of Interlink, a pharmaceutical consultancy. Of this group, five are trying to develop own vaccines for Covid-19. Zydus Cadila, which had developed Indias first tetravalent inactivated Influenza vaccine VaxiFlu-4, is developing two Covid-19 vaccines on its own. Bharat Biotech is also developing two vaccines, with ICMR and overseas universities.

Even if an Indian company is not the first to develop a Covid-19 vaccine, the country has both expertise and capacity to make the vaccines once they are developed, especially for the developing world, considering that it is not easy to start a new vaccine making unit.

It requires at least four-five years to commercialise a vaccine plant. India supplies over 60 per cent or above 1.25 billion doses of vaccines out of 2.4 billion doses required for the UNICEF's global immunisation programmes. About 70 per cent vaccines used globally are made in India. SII alone makes over 1.5 billion doses and supplies to over 150 countries. "We have low manufacturing cost and skilled manpower. However, we now need to focus on development, technology and innovations, and that requires government support," says Adar Poonawala.

Indian firms are also at the forefront of testing and making re-purposed drugs for Covid-19. Sun Pharma is going to test a drug, Nafamostat Mesilate, on Covid-19 patients. It has been approved in Japan for improvement of acute pancreatitis and small blood clots, found in many Covid-19 death cases. "Nafamostat has shown promising results in studies conducted by three independent groups of scientists in Europe, Japan and South Korea, and we believe it holds promise in the treatment," Dilip Shanghvi, Managing Director, Sun Pharma, said in a statement. Sun Pharma has developed the Active Pharmaceutical Ingredient (API) and the finished product in India using technology from its Japanese subsidiary Pola Pharma.

Glenmark, the first company to receive approval from the Indian drug regulator to conduct clinical trials of anti-viral drug Favipiravir against Covid-19 in India, is attempting a combination of viral drugs Favipiravir and Umifenovir in hospitalised patients who are showing moderate symptoms of Covid-19 in India. "Combining antiviral agents that have a good safety profile is an effective approach to rapidly suppress initial high viral load," says Monika Tandon, Vice President and Head, Clinical Development, Glenmark Pharmaceuticals. Similarly, Biocon has got permission to use blood purification drug-device CytoSorb to treat Covid-19 patients admitted in intensive care units with confirmed or imminent respiratory failure. It is also working on its psoriasis drug Alzumab to control Covid-19 infections. When US-based Gilead Sciences decided to out-license its new antiviral drug under development, Remdesivir, and modified it for use in Covid-19 patients, it chose three Indian partners - Cipla, Hetero Drugs and Jubilant Life Sciences - to manufacture and supply in 127 countries.

All this is not a coincidence. Experts say India has over 150 US Food and Drug Administration approved plants, the highest outside the US. Most leading Indian manufacturers have multiple plants in almost all geographies, besides marketing setups in most countries, to sell generic drugs. Indian companies, well-versed in making finished formulations, are also now concentrating on developing APIs and the entire value chain in products for treating Covid-19. Above all, Indian companies can make drugs 30-40 per cent cheaper than what it costs in the western world. All this will come in handy in quick manufacturing and supply of Covid-19 solutions. "It is a massive opportunity for the Indian pharma industry to emerge out of this crisis as a preferred sourcing hub for the world. Being the largest provider of generics globally, India has always been called the pharmacy of the world," says Umang Vohra, Managing Director and Global CEO, Cipla. The Covid-19 crisis showcases the importance of the Indian pharmaceutical industry, says Nilesh Gupta, Managing Director, Lupin. "With more emphasis on global drug supply security, we expect Indian generic majors to benefit by supplying more to the US and the EU by further leveraging our low-cost base, high throughput and quality standards and availability of the required skill set," he says.

However, it is not easy to rule out China, which supplies 40 per cent of global API requirements. India is trying to catch up but will require many years to reach the scale of the Chinese API ecosystem. More than that, five out of ten Covid-19 vaccines under human clinical trials are from China. Will they partner with Indian companies?

China will not require India's support in manufacturing and considering the current situation, Indian companies will also refrain from dealing with China, says Adar Poonawala, who predicts that China will be able to produce a Covid-19 vaccine. "I really hope they do as all of us are in the race to save lives and produce vaccines for as many people as possible," he says. That is the truth, whether India or China or the US, the aim before humanity is to beat the virus for survival.