"Expect Double-digit Growth in Second Half of Next Year" 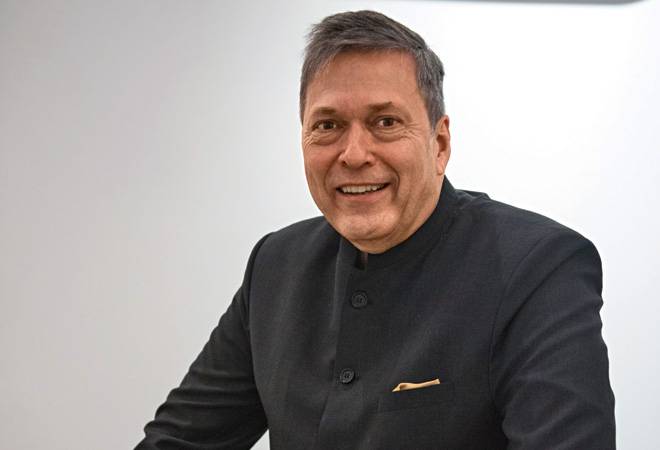 It has been four years since Guenter Butschek has been at the helm of Tata Motors, the country's largest automobile manufacturer. Known as a turnaround expert, a moniker he earned in his previous stint at Airbus, Butschek is not new to managing crisis such as the current downturn in the domestic automobile industry. He, though, remains unfazed and is prepping up Tata Motors for the future. Basking in the attention the company's vehicles got at the recent Auto Expo in Greater Noida, he talks to Sumant Banerji about what the future holds for the industry and his plans for localisation of electric vehicles. Edited excerpts:

What are the major takeaways at the Auto Expo this year?

The industry has been under tremendous pressure over two years. Did you see signs of that at the exhibition?

We know that last two years have been tough for the industry. It seems Auto Expo is a little damp than previous editions. Some of this was expected due to fewer participants. The coronavirus threat is also there.

What are your thoughts on the current fiscal? What do you expect from the next fiscal? When will we see a revival?

Theres not much time left as far as fiscal 2020 is concerned. Lets assume that the coming six weeks are not going to be fundamentally different from what we have seen during the part of the year thats behind us. Even in the festive season, there was a spike in demand only for a short period. This fiscal is most probably going to go into the books as a washout. We might end up in the vicinity of 2.6-2.7 million (passenger vehicle sales) from more than three million in the last fiscal. This comes after years of consistent growth.

Maybe we all got used to a CAGR of 5-8 per cent and now there is a sudden decline. I am told by colleagues that this crisis is unlike the others in the past that lasted for just three-six months. This (slowdown) is now more than 18 months old and is affecting not only passenger vehicles but also commercial vehicles, which has hit us particularly badly. In the last quarter, we saw a decline of 47 per cent. This is extraordinary.

Do you think the government realises that this crisis is extraordinary as we often get statements (from government functionaries) that this downturn is also cyclical and comes every five years?

I wont like to comment. On the one hand, its an overlay of cyclical issues directly linked to economic activity and economic development of India. And on the other hand, its structural, because of changes in the regulatory environment. One change was increase in axle load for commercial vehicles in July 2018. We are yet to recover from it. It brought additional capacity at a time when demand had dropped. If you take passenger vehicles, the transition to BS VI emission norms, again driven by a change in the regulatory environment, is structural. The BS VI regime is going to make diesel (vehicles) particularly more expensive than petrol (vehicles). So, we will be expected to move from diesel to petrol. At the same time, customers may think twice before committing to buy a BS VI version, as they will do a simple comparison of prices of BS VI and BS IV vehicles.

How will fiscal 2021 be if we do not see any policy intervention?

The year will probably be two half-year stories. The first half is going to be tough as it will be a transitional period from intention to delivery as far as the Union Budget is concerned. We as an industry are going to suffer from the transition from BS IV to BS VI. So, I am cautiously pessimistic, and for the second half, I am cautiously optimistic.

If Im right about the second half, the Budget will kick in, money will start circulating, GDP will get back into the growth mode and with it we will see higher personal consumption. I do hope that we cross 6 per cent (GDP growth rate) at least. At the same time, confusion over BS VI, diesel versus petrol, new technologies, electrification, will be cleared. And in the next fiscal year, you should actually see growth, but it will be in single digits. I expect the low base effect to ensure double-digit growth in the second half of the year. But is it going to be double-digit for the year? There is a question mark on that. Its possibly too much of a bold statement.

In the first half, we need to do our homework to ensure that all the required actions are taken so that in the second half, at the beginning of the festive season, we can actually start to fire.

Is electrification about to become affordable?

We launched the Nexon EV late-January. There has been stunning feedback and interest in the market. Later this year, we will also launch the Altroz EV that has been showcased at the expo. Yes, its still roughly 25 per cent more expensive than a comparable ICE version, but its just 25 per cent.

How big is the threat of disruption in the automotive supply chain industry due to the outbreak of Coronavirus in China?

There is not a single company in the world that produces everything in one country. Its the same with the automotive industry. You know we are rather weak as far as electronics are concerned. So, coronavirus might have an impact. The Lunar New Year holidays, casually called Chinese New Year holidays, have been extended by one week and we expect people to get back to work then. We need to check to see what has been produced, what has been shipped, what is available for shipment, and then to do the math to see where we are against our production plan. This is currently an operational concern and we will discover it as our regular contacts get back to work. I hope its not a threat but it is, at least at this point of time, uncertain.

The government has been increasing import duties in a host of sectors, including automobiles, and laying stress on Make in India. How do you look at this?

It is a clear statement for imported parts. Higher import duties create a more level-playing field. Theres a clear direction in the statement of the government. I have a slightly different view. Im not just of the opinion that it is about Make in India. It needs to be designed in India and engineered in India as then we will actually build valuable capabilities and set up our engineering footprint to create intellectual property suitable for export. This is not going to happen as long as you just leverage the low-cost manufacturing environment.

As far as the contribution to GDP is concerned, an engineer counts for multiple times than a blue collar worker. Dont get me wrong; its not a negative statement on the blue collar worker. We have all the capabilities. This country has invested a lot in education. We need to leverage this unique opportunity. The governments stance sets the trend in combination with last years changes in the corporate tax rate. This combination encourages people to enter the country to take advantage of the reduced corporate tax regime, which is significantly more attractive than in the past. It incentivises the setting up of the full value chain in India.

How much of your electric vehicles (EVs) is made locally?

In Nexon EV, a good part of electronics is imported, and is now about to be localised under strategic collaborations like the one recently announced with Tata AutoComp Systems.

What actually tracks my local content is the cell. The 7.1 kilowatt pack of cells easily claims, with other components, 35-40 per cent imported content. That is the reason its important that Tata Chemicals is investing Rs 800-1,000 crore to establish a plant in Gujarat to build lithium-ion cells. Land has been acquired and construction started to set up cell manufacturing facilities for different technologies and cell types. At present, the motor is also imported, but is about to be localised. With our volume, we are going to prove the business case for an investment. Our phased manufacturing plan is in place.

Your long-cherished ambition has been to become the third-largest player in passenger vehicles market. How far are you from achieving that?

Number five is not necessarily the most comfortable starting point. I would say fiscal 2021 will probably be very challenging because the first half of the year is unpredictable. Some launched products need to get their feet on the ground. I am convinced that the moment the market starts firing, we will have an opportunity to outperform it. That makes me pretty positive on the way forward. We are well-positioned to take off. If I dont have an inspiration for FY22, we lose the game even before we get to the podium. The podium is our target and needs to be reached. Otherwise, there is no motivation.