"If There's an Element of Failure, Try to Fail Fast"

In an interview with Business Today's Rajeev Dubey, AstraZeneca's Non-executive Chairman, Leif Johansson talks about how the world's 14th largest pharma company is facing multiple challenges, two of which are Brexit and the US-China trade war 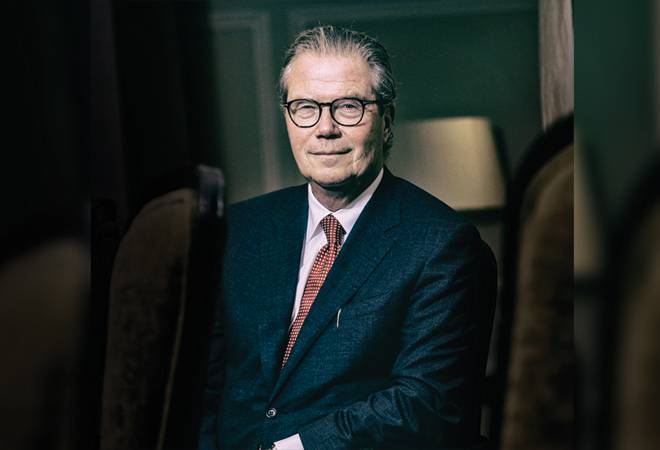 The over $22 billion pharma major AstraZeneca has seen one of the most remarkable turnarounds in drug research history. With 144 projects in clinical trials and 16 new molecular entities in final Phase-III trials, it boasts of a new drugs pipeline bigger than that of rivals Pfizer and Roche - both more than double its size in revenue. Yet, the world's 14th largest pharma company faces multiple challenges, two of which are Brexit and the US-China trade war (18% revenue from China and 30% from the US). Business Today's Rajeev Dubey caught up with AstraZeneca's Non-executive Chairman, Leif Johansson, during his recent India visit. Edited Excerpts:

AstraZeneca's research turnaround is unique in global drug history. What is the secret sauce?

I became chairman in 2012 and decided to replenish the pipeline. So, we hired Pascal Soriot (the company's Executive Director and Chief Executive Officer). He and his team have done a much better evaluation of the projects we have. He not only brought discipline in the process, but also sharp decision making, and unsentimental decisions on which projects have to go. If there's an element of risk or failure, then try to fail fast. By doing that, you free up resources for projects that we are standing behind.

In 2012, we spent almost 90 per cent of our R&D internally. Now, overall, what we are doing in our R&D with small or medium size companies, if you add transactions by molecules selling projects (joint molecule development projects), then the number is probably 50-50. So, a combination of much better decision-making and opening up has meant four-fold productivity of new drug discovery. That is the remarkable effect Pascal Soriot's team has had on the group.

What has been your experience in drug research costs? How do you optimise costs? What's your experience spending dollars internally and working with other partners, including Sun Pharma in India?

The cost of making a drug is always increasing. The way to offset that is to try to fail fast. The trick is to get the mix right. We are using digital tools - in India it is called AI - which is very good to screen molecules. Small chemical molecules have 25-50 atoms per molecule. In biological molecules, we are talking about 250,000 atoms per molecule. To screen these complex structures, you need a lot of computing power and digitalisation.

That's one way to reduce cost and concentrate on viable products. The other realisation is that you cannot do everything yourself. If you hook up with the best talent, and the mindset is to get as many patients served by good medicine, then you start looking at how you can best do that. We have been quite active in parting with some projects and selling them. That gives us funds to do more by ourselves. We would like to be a company that is driven by science, makes innovative products, but is also patient-centric.

Is the cost of drug development with partners different, especially when you have partners in developing countries?

No, I wouldn't say that. The approval process in this country (India) has improved greatly over the past couple of years. That's happening all over the world. We are very large on clinical trials in India, and you see the same sophistication here that you see in the rest of the world. So, I would not go to emerging countries for cost reasons. I would go because there are good people and a market.

AstraZeneca decided to pull out of research in India some years back. Last year, you announced a return to drug research here. What was behind these decisions?

There is an articulation of Indian ambitions when it comes to providing good healthcare to millions of people. There is a lot of knowledge in medicine and healthcare, and science development. Some of us, including myself, know India well and have a favourable opinion of what you can do. I have done very good business in India. We are now more than 4,000 people in India. We have a very large technical centre in Chennai; we have manufacturing, R&D and a good marketing company. We grew 29 per cent here and 20 per cent in the whole group. That makes us the fastest growing in India, and the fastest growing in the world. That's good.

Is the R&D centre beginning to contribute to core research abroad?

Yes. Research nowadays is not country specific. Very good research is collaborative, very international. You publish a paper in an international mode. It (research) depends on whether we can find well educated people. We can in India. Can we hook that up in a meaningful context of global projects? We can with India. Language is not a barrier. India could be a very important part of all the effort.

Over the past two decades, Indian companies have aspired to transition from generics to innovation. But they have failed to get to the next stage. What do you think is wrong?

I don't know enough about any of the Indian companies to really comment. I was a part of the innovation summit between Sweden and India. I suggested that the two countries could increase money spent on basic research in natural science and technology. If you look at really innovative clusters of innovation in drugs, you very often find large university hospitals. Then you find a great number of small and medium sized companies and a large pharmaceutical company. So, it is about creating a symbiosis between big and small and recognising that they are not competitors, at least not at the beginning stage, but contributors to the same innovation; campus lifestyle together with academia and clinic. Those are the types of surroundings that we will be interested in looking at.

China accounts for 18 per cent of your business. How do you see the evolution of the Chinese market, compared to India?

In China, the central government decides what they want to do with a five-year plan. They have decided to increase access for many people. When they do that, they do that in command style mode. It's happening in China, but it is happening in India too. There is a level of sophistication in China, where there is a new federal drug agency that would be fairly similar to the (one in) the US. But that's happening in India also. I would probably never look at India or China. As chairman of AstraZeneca, I don't put them against each other.

How would you ring-fence the organisation from any impact that the US-China trade war may have?

Drugs are normally not part of trade wars or sanctions. There has been very little impact so far. There is some impact on IP (intellectual property) rules, but in China as in India, IP regimes are beginning to be aligned with international IP regimes. From AstraZeneca's point of view, IP is heading into a territory that looks more like what we know. Trade wars are never good and I would certainly argue multilateral trade rules are much better. I come from a small country, Sweden, with 10 million people. Our industry has been built around the ability to enter different countries. I am optimistic for drugs because it would require a very harsh political leadership to say we want to do trade wars on drugs and limit availability of good drugs for citizens. So, I would not expect drugs to be at the forefront of trade wars.

As a Swedish company that is headquartered in Britain, how do you see Brexit impacting you?

When in Sweden, we say we are a Swedish-British company and when we are in Britain, we say we are a British-Swedish company. We have prepared for a hard Brexit. That seems now to be a less likely outcome and if that is so, then the combination of the transition period and a likely development of a free trade agreement with the EU is going to be sufficient. The devil is in the details, but the first two years is a transition period. It would surprise me very much if there was no free trade agreement between the EU and the UK. That would actually be facilitating a good development, both in research and export and import of drugs.

You mentioned use of AI. Can you give us a flavour of what you are doing?

Our industry and our company can benefit most from digitalisation and AI. We are already committed on the R&D side, where we use it to screen projects. Over time, we think of using it to develop drugs for problems that might be at cell or immune system level.

At present, we are selling drugs per pill, and getting paid per pill. If we could find real world data to support pricing models in which the payer, most often healthcare system providers, would pay only for successful treatment by drugs, it would take out 10-30 per cent of the drugs prescribed. That will create greater discipline in prescription and diagnosis. It will lower costs because we will be giving medicines to people who can benefit from just that medicine.

There are discussions at the WHO on relaxing regulatory norms for approval of biosimilars. AI is one of the things they are discussing. Will this benefit drug research in the long run?

There is a big debate in the US. I would expect biosimilars to be a natural part of the pharma industry. Patient safety will always be forefront of what regulatory regimes are doing. As we and regulatory bodies become more sophisticated with biosimilars, we will see a natural progression. In the broader sense, you can say that AI and ability to define what a molecule does in a cell or immune system or body can help greatly.

It will help us reset before lowering the drug cost because we will be able to screen the number of substances differently from what we do today, which is test them. Now, we can simulate them in a computer instead. So, AI and digitalisation will have a big effect on patients and how we give drugs and what is the real effect, including the economic effect on the healthcare system. You will see a lot of it in how we do R&D.

There is pressure from regulators globally on pharma companies practices. What is your view on this?

In India, there is a voluntary agreement between manufacturers. I would be happy making that mandatory and as part of a regulatory regime. Most market economies are very efficient, but need to be regulated, and this is an area where I would ask for good regulation.

As global businessmen, we tend to say there should be global regulation. I would argue that's the case here too. But when you travel the world, you recognise practices are different in different countries and so is the structure. But it is an area where I would certainly encourage good regulation.

"Use This Slowdown to Open Up Services and Manufacturing"