"There Will Be Diversification of Supply Chains"

With $571 billion worth of assets under management, Blackstone is one of the world's leading investment firms. It is also the biggest commercial real estate investor in India 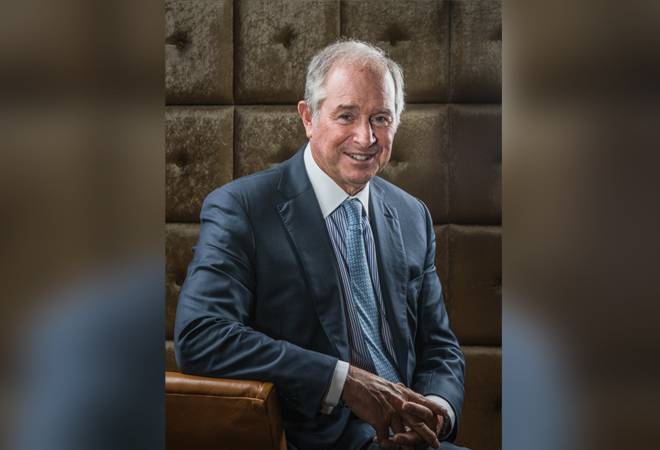 In India, Blackstone has invested about $16 billion in real estate, private equity and stressed assets. It is also the biggest commercial real estate investor in the country. Blackstone Chairman, CEO and Co-founder, Stephen A. Schwarzman, talks to Business Today's Joe C. Mathew about what the emerging economic crisis caused by the spread of coronavirus means for the global economy, and more. Edited excerpts:

What is your assessment of the world economy at present?

We had a situation that existed before the coronavirus and the current situation where there is coronavirus. The world was expecting something like 3.5 per cent growth, a little slower than in past years. The economic cycle around the world was getting a little old, but there wasn't much concern about a recession except for, maybe, in one or two regions, typically Europe. That has now changed, not particularly because of the virus itself and its medical consequences but because of people's response to that. It's not so much in India, as of today, but in China, where there's been almost a complete mobilisation of society, probably after decades. The first quarter has gone down for China's economy. It is the second-biggest economy in the world and a major part of the supply chain for many companies, from many countries. If they can't continue to supply those countries with goods, then some will start running out of goods. A lot of companies also sell a lot of things in China. For the last month or more, stores and clients in China have been closed in many areas, so earnings of certain types of companies are going down quite rapidly.

There's a general fear of travelling as well as assembling. So aeroplanes and airports are empty. People are staying home so aren't generally shopping vigorously, though they are buying some things online. Sports events are getting cancelled. So, there's a ripple effect taking place across the world, and people's reaction to the virus will have much more impact than this particular disease.

What about the economic impact of this ripple effect?

The economic impact is hard to know, because it's happening so rapidly. But it is certainly serious on a global basis. Certain industries will shut. For example, I don't think many people are going to take cruises over the next three to six months.

Is there a need to realign supply chain or change the way global businesses are conducted?

What's going to happen without any particular governmental involvement is that companies in certain industries will further diversify supply chains. For example, in pharmaceuticals, China has a very large concentration. If you can't get goods out of there, it can really damage the pharmaceuticals (sector). On a longer term, in business as well as political communities, over time, there will be more on-shoring and further diversification of supply chains.

What impact will moving away from off-shoring have on trade deals? Especially when countries are turning protectionist? How would it affect India-US free trade agreement talks?

From the Indian perspective, rebalancing of supply chains should be advantageous to it, if it approaches the opportunity in a way that convinces the global business community of its position being good for their supply chain. It won't just happen; you have to do something to help people change their behaviour. Right now, diversification is happening towards many South-east Asian countries. I'm not aware of what the numbers are with India, but I don't hear people talking about India as much as those other countries. That doesn't mean India can't market itself. It certainly knows about services. In IT services, India is like number one in off-shoring.

This is not per se a government issue now as almost every business person is looking at this, and thinking does it make sense to leave things the way they are or should I change. Or, if I have further growth, where should that growth go? And of course, there's a cost for changing. Certain types of companies will bring some of their supply chain - not all of it - back to their own country in a balanced way. This will perhaps be in areas they think are particularly sensitive for their operations. It will cost money, but it may be a decision that they feel is in their best interest.

In your recently published autobiography, What It Takes: Lessons in the Pursuit of Excellence, you have more than once talked about India as the fastest-growing economy. Any particular reason why one should be excited about India?

We (Blackstone) have done extremely well in India. Soon, India will have the youngest population in the world. India will have the most people in the 20-35 years age group in the world. Education levels are growing and the government is smartly allocating a lot more money for education. India is now producing seven times the number of engineers as the US. There's no doubt that India produces enormously talented people who can operate internationally.

India's got some substantial assets - 1.3 billion people. As the country gets more prosperous, the middle classes will become more prosperous and people will want goods and services. A global player like us can help supply that need.

What should India do to attract private investments?

India has moved in that direction. My first experience was in about 1991, when India's finance minister came to New York and explained to the finance community how India was behind China in terms of economic growth and was deciding to change its economic system. That seemed like a very bold prediction. But the finance minister was very confident, so it was interesting to listen to. It's important that India continues to change and accelerate it. It is also important that once changes are made, governments don't go backwards because that lack of predictability discourages investment.

Also, approval times in India have historically been difficult; bureaucracy is large and sometimes doesn't take decisions and no decision is a decision. There's a need for continued debottlenecking. In terms of ease of operation, it's not the easiest place because of the system of the bureaucracy. That needs to be addressed.

What can be done to accelerate the growth of start-ups?

You need an ecosystem, which India is starting to develop now. You need smart and energetic people, good ideas, and capital. You also need people with some experience who can teach the younger people who have a really good idea but have never run anything. Without experience, you can make mistakes that could have been avoided if a knowledgeable adult was around. Mentorship is needed.

Usually, start-ups grow around universities. India has an entrepreneurial culture and you are getting a lot of unicorns. India is number three in the world (in terms of start-ups) now. Of course, India is far behind China and the US, but it's still number three, and it's coming up. That's a real opportunity.

Impact investments are catching up world over. What can be done to attract global foundations to invest in India-specific projects?

The answer to that is marketing. There are different types of marketing, including door-to-door selling. If you really want to get people thinking about India, you should have Indian representatives articulate it in every financial conference in the world. You should lay out all the different things that can happen and have a calling programme on pools of capital. You become successful by having a huge coordinated effort. Things do not happen because they're good for you. They happen because you make them happen. If you're not coordinated and not doing that, then people won't respond. It is not because there's any bias. It's just that someone else will be taking their mindshare.

How does Blackstone view its prospects in India?

Even though India's economic growth is slowing, we have plans to continue expanding our real estate activities. We are already the largest in the country (in terms of commercial real estate space ownership), but our aspiration is to double that. We're not speculators. We're very conservative. We think the IT business will continue to expand its workforce. We are the largest office building group for IT, so that's a natural thing for us. There are two other classes we will continue to buy - mall and warehouse space. We have been the largest buyers of warehouses in the world since 2011; we have bought one billion square feet of warehouses. The reason is that we saw a story in Amazon and internet shopping. So other than in India, we sold all our malls. And, when they collapsed, we didn't lose anything. We thought about who was going to be the winner in real estate now. And from internet shopping came the answer, warehouses, because you have to store your goods to be able to deliver. We increased warehouse (buys) 50 per cent or more than other real estate asset classes. This was a perfect strategic decision which was well executed. We'll do more of that. India has also changed enormously in the last five to six years in terms of internet shopping.

"Innovation Should Be Given a Boost Through Tax Incentives"