India Inc. is tweaking its equity-linked incentives. The aim: To make them work both for the critical talent as well as themselves.

India Inc. is tweaking its equity-linked incentives. The aim: To make them work both for the critical talent as well as themselves.

Call them incentives with a twist. The equity-linked sops have got conditions attached to them like never before. Sample this: Hindustan Unilever (earlier Hindustan Lever) rolled out its performance share scheme in 2006, to replace its standard stock option plan in place since 2001. In this new form of incentives, only about 272 employees, including whole time directors, were eligible to receive equity shares at the face value of Re 1 each. However, the awards would vest only on the achievement of certain performance criteria measured over a three-year period. The performance metrics are predetermined, though in line with the prevailing trend, the offer price is deeply discounted. 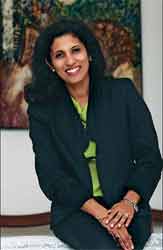 “The value delivered to an employee is not largely dependent on market price as the employee does not have to buy the share at the time of vesting. It is, therefore, more attractive to the employee also,” says Leena Nair, Executive Director, HUL.

This is reflective of a trend across industry where increasingly, companies are now looking at granting very lucrative equity-linked options but often tying them to future performance—individual, company, or a combination. Says Tarun Gulati, CEO, ESOPDirect, an advisory firm: “India Inc. has begun to experiment with performancelinked plans.”

People managers across India Inc. are trying hard not just to retain talent but to make sure that the talent also performs while remaining with the company.

As most of the breed will tell you, it is no mean job keeping their flock together in these times of multiplying opportunities. Even top echelons of the management cadre are getting increasingly mobile. 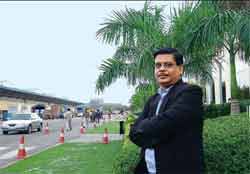 Yashovardhan Varma, Director (HR), LG Electronics
And keeping pace with this fast changing world are the compensation and incentive trends in corporate India. “In today’s environment, we have observed that employees are more interested in immediate compensation and benefits instead of deferred long-term plans,” says Yashovardhan Varma, Director (HR), LG Electronics.

No wonder then, LG Electronics has a performance-linked retention scheme where employees get additional incentive after completing three years of service.

“Accrual starts after two years but the benefits are passed on to the employee only after completing the third year. As the number of years put in by an employee increases, the incentives also increase. The maximum incentive an employee gets (is) when he completes 10 years in the company,” says Varma. DLF-Laing O’Rourke replicates a similar scheme to ensure lower attrition in the volatile construction business.

However, the most interesting changes are occurring in the Employee Stock Option Plans (ESOPs), which had become the preferred currency for long-term incentives a few years ago. Now with the booming equity markets and private equity investment in many growing companies, ESOPs have certainly made a comeback across India Inc., albeit with some variations.

For one, there are more innovative instruments being used (see Wealth Sharing). Another is that increasingly these equity-linked schemes try and show visible value on the table—a fall-out of many stock plans going underwater (market price below issue price) in the post-2000 slump. Sample: EXL Service this year offered only fully discounted restricted share units (RSUs) to around 200 of its employees. Its reasoning for the shift: “Employees find more value in RSUs than stock options. This is due to the relatively weak understanding of the way in which equity markets work,” says Rohit Kapoor, President and COO, EXL Service. Since the employee does not pay anything, the value proposition is immense. 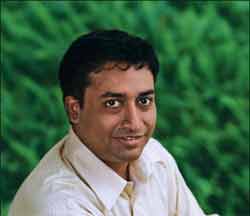 Anindya Kumar Shee, Head (Compensation), Wipro
“The value in case of RSUs is much more clearly seen on the table,” says Anindya Kumar Shee, Head (Compensation and Benefits), Wipro Technologies. Wipro was one of the frontrunners in implementing the RSU scheme. This value obviously comes with strings attached. And in the burgeoning growth economy, the hook is performance. Its share units are available for the face value of Rs 2 subject to performance conditions being met.

Padmaja Alaganandan, Principal Consultant at Mercer India, agrees. “Long-term incentives (LTIs) have traditionally been used in India for retention and then attraction. It is only now that the focus is on driving performance,” she says.

While this objective may be achieved via the choice of the instrument itself—performance shares and options which vest based on performance—it could also be achieved through the use of stringent grant criteria.

This apart, in growing companies, additional methods—stock appreciation rights, phantom stocks— are being used. Such plans mirror the upside that equity plans provide but minimise related issues such as equity dilution which often is a concern for shareholders.

Aviva Life Insurance—a joint venture between Aviva Plc and Dabur—benchmarks its equitylinked scheme to return on capital employed (RoCE) and growth in value of the business in comparison with select competitors in India for its long-term incentives. On the other had, the grant criterion for the short-term incentives is individual performance.

However, since Aviva is not listed in India, the scheme awards phantom units of Aviva Plc listed on London Stock Exchange. As a result, the senior executives who are offered this scheme can benefit from the appreciation in Aviva shares, should they meet the eligibility criteria.

“The programme has been designed to retain employees with key skills and high potential in a manner aligned to shareholders’ interests,” says Mohammad Shahber, Associate Director (HR), Aviva India.

High rewards, performance-links and limited coverage seem to be the mantras for the large and established companies.

Some companies are also finding it more worthwhile to opt for employee stock purchase plans which are basically variations of the same theme. “While they generate the same feel-good factor as ESOPs, they manage employee expectations as well as recurring costs,” says N.S. Rajan, Partner and National Head (HR), Ernst & Young.

FBT Spin
Other reasons apart, the imposition of fringe benefit tax on employee stock options in Union Budget for 2007-08 has also led to the reconfiguration of plans. Though there is no clarity on the manner in which the tax will be levied, it has certainly made the existing plans unattractive, says industry watchers. “After FBT, companies are revisiting their existing plans and thinking of innovative schemes which would allow them to limit their own liability while maximising the benefit to employees,” says Vikas Vasal, Partner, KPMG.

Fringe benefit tax—a tax levied on the employers to ensure compliance— is essentially a tax on the profits that the employees make on the stock options. However, do equity-linked schemes retain value as retentive tools? “An unequivocal yes,” says Vasal.

“FBT has no doubt made the option value taxable but in a growing economy the gains of ESOPs are significant both for employers and employees,” says Hitesh Oberoi, COO, InfoEdge. Even if these are less attractive in the hands of their employees, the key is that the incentive is paid by the market to the employee. And in a booming stock market, who can argue with that logic?

While the economy chugs along at a brisk pace, the oil exploration and production sector in the country is facing skill crunch to an extent of 40 per cent, according to a report brought out by ASSOCHAM and Ernst & Young. Says Arun DasMahapatra, Partner-in-Charge, Heidrick & Struggles: “The manpower crunch in the E&P sector is not restricted to India; the problem is looming large over global players. The domestic companies are increasingly hiring expats and Indians working with foreign E&P companies.”