How to handle sudden criticism

When discussions around appraisals begin, a number of people are in for unpleasant surprises in terms of feedback. This results in both anger and attrition.

Appraisals are emotional times. You have been working to the best of your ability all through the year. It is finally time for some reward. The office is abuzz with discussions around performance and there is an air of expectancy. However, when discussions around appraisals begin, a number of people are in for unpleasant surprises in terms of feedback. This results in both anger and attrition. 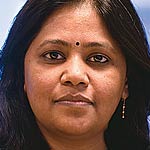 Saumya Bhattacharya
Nishant (name changed), who works in the information technology or IT services industry, was a high-performing employee, or at least that is what his boss would often tell him. He was driven and motivated. But come appraisal time a couple of months ago, the young manager, who was expecting a promotion, was told by his supervisor that he was not among the top performers and needs to improve his performance.

Says Nishant: "I was completely taken aback at what I was told. I had been meeting my targets so consistently." He tried to argue with his boss, who was convinced about his own views about the young manager's work. The performance discussion turned into an argument, with Nishant trying to press his point that he has not been given any negative feedback on his performance, whereas his boss maintaining that he has reasons to believe Nishant could do with some improvement. 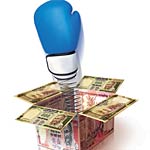 Nishant was, of course, caught napping, but if you are faced with a similar situation, you can have a game plan. At team meetings or during appraisals, if your boss decides to criticise you, hear him out. Remain quiet and allow it to sink in. Once the senior has made his point, ask him politely: On what basis has the remark been made? If it is fair criticism, the boss will respond with data. Have a discussion around this data only if you are prepared. Otherwise, buy time to think about what you have been told. You could say that you would like to have a further discussion on the issue a little later.

If the criticism is valid, accept it graciously. "If it is legitimate, the criticism from your boss has to be accepted calmly," says Hastha Krishnan, Director and President of Ma Foi Management Consultants. Krishnan recalls two instances in her 17-year stint at the organisation when she reacted to unexpected feedback. "Whenever I reacted, my boss helped me look at the data in an unemotional way and in both the instances, I understood his point."

It is good to ask for more time because a lot of people get emotional when the work or projects that they are nurturing is criticised or not given recognition. "That is not the time to deal with the issue," says Krishnan.

Nishant has since quit the organisation. But that is not the only option if you disagree with the criticism. "It will be a good idea to tell your boss that you would work on the issues he has raised and ask for support," says Krishnan.
TweetYoutube

The business case for diversity