Mergers and acquisitions (M&A) have become a way of life for India Inc. However, changes in designations, career paths, working in new departments and fear of working with new teams are major concerns that can make or break the post-merger integration process. Here's a low-down by Manu Kaushik on what’s there for you in an M&A. A.V.K. Mohan (seated, centre), Group President (Global HR), Spice Corp.
Clearly, while most M&As have a perfect business rationale, at least in theory, the single-most important factor contributing to their success is the attention that managements pay to their most prized asset—the talent pool. And if you think the issue is restricted to job security, think again. Changes in designations, career paths, working in new departments and the fear of working with new teams are major concerns that can make or break the post-merger integration process. “Mergers and acquisitions are not just about balance sheets, cash flows and marketing synergies; they are about people making the synergies real,” says N.S. Rajan, Partner (Human Capital), Ernst & Young.

Talent is key
In these times of a talent crunch, retention of key people is the topmost priority. And the process is smoother in some sectors than in others. Says Madhavi Lall, Regional Head (Human Resources, India & South Asia), Standard Chartered Bank: “M&As in the banking, financial services and insurance (BFSI) sector have become business as usual. And resistance from employees during such transitions has almost become a thing of the past. Today, any M&A in the BFSI sector provides excellent growth opportunities to employees at all levels.”

Standard Chartered Bank acquired the private banking business of American Express Bank in March 2008. Even before it completed the acquisition, it put multiple measures in place to ensure smooth integration. “Since we are growing at such a furious pace, all the Amex Bank employees (numbering 700) were absorbed,” Lall says. From March onwards, HR issues such as rewards harmonisation, compensation and benefits integration, job grades and appraisal harmonisation, and training programmes are being addressed in a phased manner.

Amtek Auto, which has completed more than 13 overseas acquisitions, offers the other side of the story. Says Rajesh Soni, Vice President (Group HR), Amtek Auto: “At Amtek, we have a special task force that deals with issues related to HR at the time of acquisitions. This team is headed by a Global CEO and senior people from HR.”

Last year, Amtek Auto acquired the UK-based Triplex-Ketlon Group, an automotive precision machining company. The task force, subsequently, made sure that it communicated to all employees that a successful merger would offer growth prospects for every employee in the new combined company.

Since every acquired company has different cultural values, Amtek also went into the nitty-gritty of cultural issues that emerge during the early days of an acquisition because that is the time when most people show maximum resistance. P.B. Nageshwar
What happens when a merged entity is left with two marketing managers or two sales heads? A case in point is the Alcatel-Lucent merger. During the merger, the smooth settlement of HR issues was on top of the agenda for both companies. They decided to deal with both pre-merger and post-merger integration issues by holding a series of meetings between the top HR executives at the two companies. Issues such as salaries and benefits, designations, and other sensitive structural matters were discussed thoroughly.

Everything was planned around the Day 1—December 1, 2006— the day when the merger would become effective. Says Ronald D’Souza, HR Head, Alcatel-Lucent India: “We knew that on Day 1, the company would have two senior executives heading the same function. So, we decided that the best man would continue to hold the designation and the other one would be either given similar options in regions such as China or Singapore or be asked to sit back for sometime before we found the right opportunity for him/her.”

And this is what exactly happened after the merger. The company also made it clear that it did not have solutions to every problem; so those who had major problems adjusting to the post-merger situation were given time to move on.

Ronald D’Souza
Smart planning followed the initial communication. Before the merger, Alcatel was a major GSM player and Lucent a prominent CMDA player. “In order to retain the best human capital with us, the company tried to impart specific skills to employees on the best technologies of both the merged companies so that they could work on projects efficiently,” says D’Souza.

Getting the point across
In an M&A scenario, there is nothing called enough communication. Says P.B. Nageshwar, Head (Human Resources), Jones Lang LaSalle Meghraj: “When we decided to go for a merger, employees were anxious about their future. While it was not possible to satisfy everyone, sufficient care was taken—by way of adopting a scientific, studied approach—to plan roles for them in line with the new environment and the aspirations of individuals.” Jones Lang LaSalle merged with Trammell Crow Meghraj in 2007. The company tried to take the critical talent pool into confidence before, during and after the merger.

Agrees A.V.K. Mohan, Group President (Global HR), Spice Corp.: “Many M&As have not fulfilled their objectives because senior managements failed to pay sufficient attention to the many human resource issues involved.” Mohan was part of the Spice team when Idea Cellular acquired a controlling stake in Spice Telecom’s Karnataka and Punjab circles. He was also the Corporate Head (HR) with Digital GlobalSoft when HP acquired Digital GlobalSoft in 2003. What’s critical is that “good managers spend around 50-60 per cent of their time communicating with employees,” says Mohan. 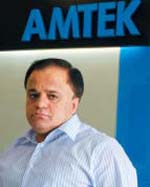 Rajesh Soni
A takeover is the time when managers often ask: am I likely to be needed? This is because uncertainty starts building up in the midst of such a change. What should then be the mantra for managers of companies in the midst of M&As? “Employees should understand that they can’t change the way managements go about restructuring the new, merged company. It is advisable for them to wait for the communication to happen and ensure that the net outcome is beneficial for them,” says Rajan of Ernst & Young.

In case it’s not, then making a move is certainly the only option one has. As an employee, you surely have the right to know about your role and designation in the new organisation.

A word of caution, however, before you decide on your next step. If someone has invested a large part of his career in a company, then departing in a hurry on the back of changes in the compensation or appraisal structures can be detrimental to one’s career.

“One should take a long-term view on every change and see the pros and cons of that change,” Rajan adds. The stakes, after all, are equally high for companies in these times of a major global talent shortage.

A prescription for growth