Is your strength your weakness?

An investment advisor from a reputed multinational bank recently got talking about his career. "I got the regional recognition for performance, a very coveted badge," he told me. "Yet I was denied a promotion." This is a person I trust and have reached out to for my insurance plans in the past. I am clearly not a big ticket customer, but he keeps in close touch with me. He is obviously good at maintaining contacts.

His strength is also his ability to forge relationships. He never pesters clients to buy into investment plans and yet delivers above his targets. In spite of this, he is in a career logjam. His superior feels he is not giving his best.

His achievements have also made him somewhat impatient with certain administrative procedures, which he considers a waste of time. His superior obviously regards some of his traits as shortcomings that will inhibit his effectiveness if he is promoted. Does that sound familiar? 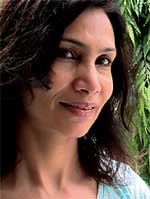 Shamni Pande
Most of us have strengths that, at some point in our careers, no longer seem so to our peers. That same attention to detail that got an employee ahead at one stage may be resented later by his co-workers, who may find him too finicky. The very sense of responsibility that enabled an executive to complete a project successfully may subsequently be seen as micro-management by a control freak.

A tough-talking individual is great for tackling difficult situations, but a complete misfit as a manager, as he provokes resentment among co-workers. "There is always an optimal point," says Gill Corkindale, an executive coach, on her blog in Harvard Business Review. "Confidence that doesn't border on arrogance, wit that doesn't slide into sarcasm, and diligence that doesn't become perfectionism," she adds.

Psychological Consultancy, a firm specialising in executive coaching and performance management, has brought out a fascinating report called A Decade of the Dark Side - Fighting our Demons at Work. It considers the implications of a survey - the Hogan Development Survey, with data collected over 10 years, between 1999 and 2009 - that identified personality-based performance risks and derailers of interpersonal behaviour. The report shows how winning traits disintegrate and how leaders get derailed - often alienating others, leading to erosion of loyalty and commitment.

It is reassuring that there are experts today to help companies tackle such problems. Not all companies, however, use them. Indian organisations, if they turn to experts at all do so only for their very senior resources.

So what do you do when you sense criticism of your methods, or a rejection of your winning style or strength? Being defensive, saying 'this is just the way I am' will only compound the problem. The idea is not to dump your strengths but to find outlets for them in a manner that becomes a sustainable winning signature.

For one, it is good to introspect if you have been at the receiving end of criticism. Our best teachers are often people whom we do not like.

Experts suggest the need to build an analytical group of peers, superiors you value and friends who will engage in an exercise that lists your strengths and weaknesses, and also checks if your excessive reliance on certain methods is working against you. My investment advisor was smart enough to do precisely that and remained open to advice. After some analysis of his working style, he is managing to rise.

So is your skill turning into a bully and pushing you down? Or is it a life-long friend helping you?

Recruiters cautious amid fears of slowdown