Gadgets and Gizmos tells you about the newest gadgets and technology in the market and what these offer.
Print Edition: January 2015 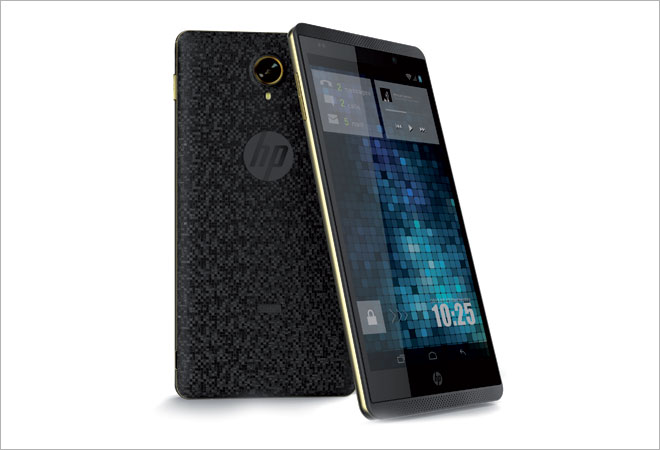 HP has announced the launch of the Slate6 VoiceTab II. This is a quadcore tablet combined with voice-calling.

The tablet has 16GB built-in storage expandable to 32GB via a MicroSD card. Godrej Security Solutions has launched a new high-end home safe, Ritz. This safe has an inbuilt alarm system called 'i-buzz' that alerts the user in case the safe is tampered with. It is available in two variants - 'Ritz Touch' and 'Ritz Bio'. While the former provides a touch sensitive screen to put in a three- to six-digit password, the latter lets you access its contents using a biometric (fingerprint) lock. A mechanical key is provided for password override in both the versions while Ritz Touch has a USB port for entry data retrieval. Ringo is th e new international voice calling app that has been recently launched in India. Available for iOS and Android platforms, this works on voice calls and doesn't require any Internet connection. To use the app, users will need to first create a Ringo account and add money using Ringo Wallet. The app allows users to transfer money anywhere between Rs 25 and Rs 250. The calling charges to top 10 destinations are claimed to be considerably cheaper in comparison to Viber and Skype. LAVA has launched yet another smartphone, the Iris Alfa. It boasts a 5-inch full lamination display and 1.2GHz Quad Core processor. Aimed at budget users, it runs on Android KitKat 4.4, and comes bundled with Truecaller premium and Rs 2,000 worth free downloads offer on Hungama Music app. It also has a 5MP auto-focus rear camera with LED flash and a VGA front camera. The phone has 1 GB RAM and comes with 8 GB of internal storage that is expandable to 32 GB.

Just in time for the International Cricket World Cup, Tata Sky has launched India's first 4K set-top box. The set-top box can deliver Ultra High Definition picture quality and Dolby Digital Plus 7.1 surround sound. The 4K format at 8.3 megapixels (3840×2160) has approximately four times the pixels as that of 2K (1920×1080), the current HD standard. New users can book the box for Rs 6,400 while existing subscribers can avail it for Rs 5,900. The box will also showcase Standard Definition and High Definition channels.

The Sigma DP2 Quattr o features a redesigned camera body and Foveon "Quattro" Direct Image sensor with a Bayer equivalent of a 39 MP conventional sensor in resolution testing. The next-generation sensor builds on the distinctive properties of X3 technology that uniquely records red, green, and blue wavelengths at each pixel location within three layers. There is increased resolution from the DP Merill cameras, and a fixed 30mm 2.8 Lens specifically designed for the new sensor.

Should you buy Microsoft Lumia 535?