Third cheer for the iPad

The much awaited Retina Display has finally landed on the new iPad. This new screen has a resolution of 2048x1536 pixel resolution at 264 pixel per inch (ppi) instead of the 1024x768 pixel resolution at 132 ppi on the iPad 2. This means the graphics as well as the text will look much sharper and crisp.

Even with the new power guzzling features, Apple has managed to maintain the battery backup of 10 hours on Wi-Fi and 9 hours over cellular network for the new iPad. This is exactly what we get on the existing iPad 2.

The new iPad gets a A5X processor over the A5 in the iPad 2. This new chip has quad-core graphics that drives four times the pixel power of the iPad 2 while delivering the same smooth and fluid performance to the four graphics processors in this system on a chip. Apple has done something spectacular with the processor, but we will know more specifics once we use the tablet.

The front-facing camera with VGA resolution for FaceTime remains the same. But the new iPad takes a leap with the 5MP rear camera with auto-focus, tap focus and face detection for still images and video capture at 1080P at 30 frames per second. The iPad 2 lags behind with a mere 1MP rear camera.

4G LTE for faster data transfer is a welcome addition for users with access to the faster network. While this is an addon feature, it is a mere technology for Indian users who are still struggling to get fast data speeds even on 3G networks. 4G is a distant dream.

The Windows 8 consumer preview, which is now available for free download, is nothing like the earlier offerings from Microsoft. That is because this operating system has been optimised for touch, which means it will be easier to use the OS on a touchscreen than with a mouse on the PC. So instead of the start button and icons, you now have the live Metro-tile interface borrowed from the Windows Phone OS. The tile will also show live notifications and other alerts from your apps. Microsoft claims the OS will have fluid, natural switching between running apps and the ability to conveniently resize and multi-task. The new Windows also comes with the power of the hardware-accelerated Internet Explorer 10. 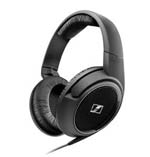 Sennheiser has introduced four new headsets in its HD 400 series. The HD 429 lets you dance with the headset on as it only has a single side cable. The HD 439 is focused on sound as well as the design-it has a high-gloss gray plastic ring and a matt black turbine along with a chrome ring surrounding the ear cups. The HD 419 comes with a powerful bass while the HD 499 creates a private concert environment.

Ford has given its sedan Fiesta a tech boost with an all-new automatic version with cutting edge six-speed dual clutch PowerShift technology. Despite being an automatic, Ford claims the new variant will offer fuel efficiency of 16.97 kmpl, unheard of in automatic sedans. The car will also feature new technologies like voice-control, hill launch assist and grade assist along with rear parking sensors. And all this for a very aggressive price.

Toshiba India's new Satellite series L740 (14 inches) and L750 (15.6 inches) is aimed at giving a 'sparkling style' to mundane computing. The sparkling series bring more colour options like Grace Silver, Maroon Brown and Precious Black to devices that will have premium In Mold Rolling finish. The laptops will also have the latest Intel processors, up to 8GB, SATA hard drive capacities of up to 750GB and Clear SuperView LED display.

GlacialLight has added a 6-inch TRIAC-dimmable LED down light (GL-DL06D) to its Capella Series, popular among energy conscience users. The GL-DL06D offers two models-a low-voltage model and a high voltage model respectively supporting 90-132V and 180-264V-and is compatible with a variety of TRIAC dimmers available in the market. With no perceptible flickering, the down light promises soft light for at least 30,000 hours. However, the series is only for indoor use.

NORTON 360 EVERYWHERE
Symantec has launched two premium security suites-Norton 360 Everywhere, which protects multiple platforms in one solution, and an update to the award-winning Norton 360. Set to hit the shelves in mid-2012, the new Norton 360 Everywhere will provide security across devices and platforms. The new version of Norton 360 will, meanwhile, will feature the Norton Identity Safe which will secures, remember and automatically enters user names and passwords while protecting users from online threats, as well as the cloud-based Norton Management module. Norton 360 version 6.0 will cost Rs 3,085 for one year of protection for up to three PCs, and Rs 1,649 for one PC.

Toshiba has added new flat panel LEDs to its Power TV lineup. The new LED TVs in 32 inches, 40 inches and 46 inches have a narrow bezel and a thickness of just 17 mm. The company says these TVs will come with REGZA engine technology that offers vivid and vibrant picture quality while significantly improving the colour accuracy as compared to the conventional LED TVs. Other features include the 'AutoView' feature that monitors the room brightness and adjusts the backlight accordingly. It also continually analyses image lightness and darkness, adjusting it to maintain maximum contrast and reduces the running costs by lowering power consumption. The 'auto clean' feature is set to reduce the noise during transmission of the images. Lastly, the new lineup offers support 28 video formats playable from USB and HDD.

PANASONIC MB1500 PRINTERS
Price: Rs 8,999 onwards
Panasonic's MB1500 multifunction printer series is designed to simplify your everyday office tasks like print, copy, scan and fax from a compact energy saving machine. Along with the extremely compact body, the slanted control panel increases access to the printer. The MB1520 is costlier than the MB1500 but comes with a built-in digital speakerphone and mic. The Easy Print Utility feature lets users merge and print files created with different applications and check the file on a PC before printing. 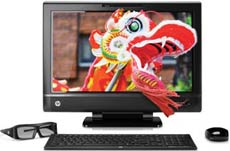 HP seems to have shifted its desktop focus to All-in-Ones. To this end it has launched a series of AiOs with Full HD displays, ergonomic designs and other top end features. The range starts with the minimalist HP Omni 120 at `27, 999 and goes up to the HP TouchSmart 620 3D which costs `92,999. The TouchSmart 620 3D lets users create 3D content and enjoy gaming on the third dimension thanks to its TriDef Ignition Game Player. The latest TouchSmart 4.0 interface means more workspace with a horizontally expanding desktop. 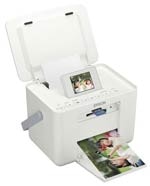 The latest compact photo printer in the market comes from Epson India. The Picture Mate PM245 prints 4 x 6 inch supreme quality photographs while saving cost. Along with printing photographs, it can also be used for taking special customised prints like passport photos. The printer takes around 37 seconds for printing a borderless photograph while those without a border can be printed in 34 seconds. It also comes with a 2.5-inch TFT display and four card slots.

INTEX SOUND BAR MARVEL 250
Price: Rs 12,999
Intex Technologies has launched a wireless sound bar home theatre system that provides virtual surround-sound effect with its 80W sound output combined with a 100W subwoofer. While the wireless features eliminates the clutter of wires, this sound bar can be wall mounted or placed on a tablet top. The company has designed it with CLASS D Audio Amplifier circuitry for today's digital music sources. It is also equipped with instant Low Power Radio (LPR) based wireless interface at 2.4GHz between sub woofer and Channel Bar where the bar can drastically reduce pairing time.