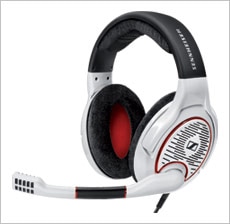 German audio specialist, Sennheiser, has come up with a new range of headphones. The G4me One , feature top-of-the-line noise cancellation technologies in the built in microphones in order to ensure clear communication during online or multiplayer gaming. It delivers hi-fi sound, while letting air through to help keep ears cool during hours of gameplay.
(Rs 19,990) 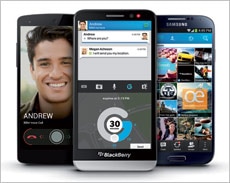 The popular BlackBerry Messenger app has a fresh update which adds a lot of new features. The new version brings free voice calls to BBM contacts over a Wi-Fi or data connection with BBM Voice, as well as access to BBM channels for Apple and Android users. Other features include simple file and photo sharing, location sharing, and Dropbox integration.

CYGNETT, the leading name in the mobile and tablet accessory space, has launched a range of iPad Air cases in India. These include folio and stand cases with different functions and aesthetics. Inspired by the book jacket, minimalism, earth elements, origami and classic bespoke craft, there are four different products - Node, Cache, Paradox (texture) and Paradox (sleek). All these cases come with backcovers and provide all round protection.
(Rs 2,999 upwards)

This is a surround sound device with 5000W PMPO that has two speakers and delivers powerful sound. The sub-woofer comes with a 6.5 inch full-range driver. The satellite speakers are powered by 3-inch full range drivers for high performance sound quality. The A530U has smooth connectivity with MP3 players, PC, TV, CD and DVD players. It comes with a built-in digital FM player.
(Rs 4,999) D-Link has introduced a new wireless media streaming device that enables you to play music and games, watch movies, make presentations etc., from your smartphone, tablet or laptop onto any big screen. It can be plugged into the TV using HDMI cable. For accessing feeds on the mobile device, one has to download the D-Link app and conenct both the devices to the internet. This comes with 3 year warranty.
(Rs 3,990)

STK, the new player in mobile accessories in India has launched a colourful Bluetooth Stereo speaker. Supporting Bluetooth 3.0, this speaker packs a 500 mAh battery that can offer 5 hours of music playback with just 2 hours of charging. It packs in two 3W speakers and is available in two colours - black and red.
(Rs 3,999)

A look at the recently launched gadgets in the market

A look at new gadget launches