SONY XPERIA S
SONY XPERIA S
Price: Rs 32,500 (approx.)
This is an awesome looking smartphone from Sony (earlier Sony Ericsson). The new Xperia S, the company's first smarpthone with a dual-core processor, comes with a bright 4.3-inch display. The phone also features a 12 MP auto focus camera and has connectivity options such as Wi-Fi, Wi-Fi Direct, DLNA and an onboard storage of 32GB (no expandable card slots). The design has squares and curves with a strip of transparent plastic at the bottom, which when viewed from the side gives the phone the look of an exclamation mark. 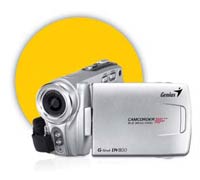 GENIUS G-SHOT DV800
Price: Rs 5,000
Taiwanese computer peripheral company Genius has launched its DV camera G-Shot DV800 in India. The 8 MP CMOS sensor with 16x zoom makes the camera ideal for 720p resolution video as well as clear stills. The battery is good for 90 minutes of video. The DV800 comes with a 2.4-inchTFT colour display and comes with a two-year warranty.

ENVENT DEEP BASS SPEAKER SYSTEM
Price: Rs 1,999
Envent ET-SP21164 2.1 Multimedia Speakers promise 360 degree sound, which will be crystal clear wherever you are. With a PMPO of 800W, the 2.1 speaker system has wooden woofers with a LED knob to adjust the sound even when the lights are out. HCL METAB U1
Price: Rs 7,999
Even affordable tablets are now getting the Android Ice-Cream Sandwich OS. The latest one is from HCL. The Me Tab U1 sports the new operating system. This is a 7-inch tablet with 800 x480 resolution, 1GHz processor, Wi-Fi connectivity along with HDMI and USB ports. The U1 doesn't allow users to download content from Google Play but has a proprietary app store onboard. CASIO GA-120
Price: Rs 7495
Casio India Co Pvt Ltd has released the GA-120, its new shockresistant G-SHOCK watch with a three-dimensional face in India. The bold design makes the resin look like it has been carved out of a block of stone. The dial has a concave design that sinks into the watch face and a glossy finish, which creates distinctive shadows and a feeling of depth. The side buttons have an anti-slip surface for more reliable operation. In addition to black and white, GA-120 will be available in metallic black, red and blue combinations. The watch also features a 1/1000-second stopwatch and magnetic resistance. 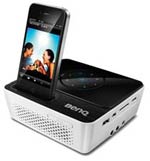 BENQ GP2
Price: Rs 39,000
The new palm-sized projector in town is the BenQ GP2. This projector has an iPhone/iPod compatible dock on the top that can be used for directly connecting the device and playing content. Apple's iPad and other tablets can also be connected using an HDMI port. Weighing 565 grams, the plug-n-play feature can be used for a 160-inch cinematic display. The mini projector also comes with two 2W stereo speaker, uses a power-efficient 3LED projection technology, has 200 ANSI lumen brightness and supports multiple formats while offering an SD card slot and USB reader and has a lamp life of 30,000 hours.

NIKON D4 & D800
D4: Rs 3,24,950 & D800: Rs 1,49,950
The DSLR wars are going to get real gruesome with Nikon entrusting battle duties to the new D4 and D800 (above). The flagship D4 is a professionals' trusted lieutenant with a 16.2-megapixel FX-format CMOS sensor, coupled with Nikon's latest EXPEED 3 image processing engine to recreate images and videos with stunning clarity and colour. The D800, meanwhile, offers an unprecedented 36.3-million pixels in a compact and lightweight body. The D800 also features a EXPEED 3 with a new 91K-pixel RGB sensor that supports the advanced scene recognition system. Both have full HD D-Movie capabilities. HUAWEI HONOR
Price: Rs 19,900
Announced during CES 2012, Huawei Honor is finally available in India. Powered by Android Gingerbread and upgradable to Ice-Cream Sandwich, the smartphone has 1.4 GHz single-core processor and 512 MB RAM. With a 4-inch capacitive display, other features include an 8MP auto focus camera, 720p video capture at 30 frames per second, Google Services, etc. The Honor is DLNA certified and comes with an app Data Traffic Manager which allows user to set their monthly data package budget and offers an overview of data consumption over 2G/3G, WiFi networks, the apps consuming traffic .

BACK-UPS PRO*
Price: Rs 11,000 onwards
Back-UPS Pro from Schneider Electric's APC promises to bring down your power bill by `2,000 a year. The company claims theirs is the most energy efficient backup unit designed. The Back-UPS Pro is the first UPS in India with green features like power saving outlets that automatically turn down idle peripherals, high efficiency charging system and "AVR Bypass" to reduce consumption. Its unique Powerchute 3.0 software monitors power management, diagnostics and carbon footprint. For all this there is an LCD, unheard of in UPS devices. The Back-UPS Pro provides up to three hours battery backup and can be connected to five desktops at a time.

SONY 4K HOME THEATRE PROJECTOR
Price: Rs 13,99,900
Sony is going beyond HD by offering theatre quality for the home with the world's first 4K home theatre projector. The 3D-capable digital projector can display immersive images with over four times the resolution of Full HD. The VPLVW1000ES employs an entirely new SXRD 4K panel, producing outstanding device contrast and 2,000 ANSI-lumens of brightness. Combined with Sony's Iris3 technology, the projector can achieve an incredible 1,000,000:1 dynamic contrast. This means screen sizes of up to 200-inches (diagonally), if you can afford it. 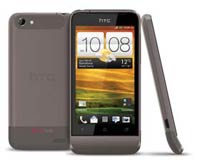 HTC ONE V
Price: Rs 18,000
HTC has introduced a mid-range smartphone on Android Ice-Cream Sandwich. Belonging to the recently announced One Series, the One V operates on 1GHz single-core processor and comes with an internal memory of 4GB. The phone features a 3.7-inch capacitive touch display and has Beats Audio integration for sound (as on HTC One X) along with a 5MP camera. The phone will also have HTC Sense User Interface v4.0 that makes it look different from the regular Ice-Cream Sandwich interface.

FUJIFILM X-PRO 1
Price: Rs 99,999
Looking at a big slice of India's growing camera market, Fujifilm has launched 16 new cameras, including the state-of-art X-PRO1 interchangeable lens camera. The X-Pro 1 comes with a 16 megapixel APS-CMOS image sensor with FUJIFILM's EXR processing technology. The X-Pro sensor promises a clearer image with the 6x6 colour array as compared to standard 2x2 array. The hybrid multi-viewfinder allows the users to instantly switch between an electronic and optical. The camera has options of using the newly designed fixed 'X mount' lens. The X-mount featured on the X-Pro 1 has a thin profile and quick shutter time lag. 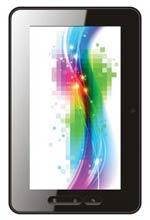 MICROMAX FUNBOOK
Price: Rs 6,499
The FunBook from Micromax is the most affordable tablet on Android Ice-Cream Sandwich in India. It is a 7-inch tablet with Wi-Fi connectivity and support for plugging in a Tata Photon+data card. It also has 1.2GHz single-core processor paired with 512MB RAM. Other features include a mini-HDMI port, Bluetooth and 2800mAh battery. Along with other features, Fun Book will come with pre-loaded e-learning apps with content from Pearson, Everon, GK Publishers, Scholarshub, Vidyalankar, Universal Tutorials, CAPS and Zion.

*An earlier version of this story had incorrectly given the header for Back-UPS Pro as Huawei Honor. It is now corrected.

Third cheer for the iPad