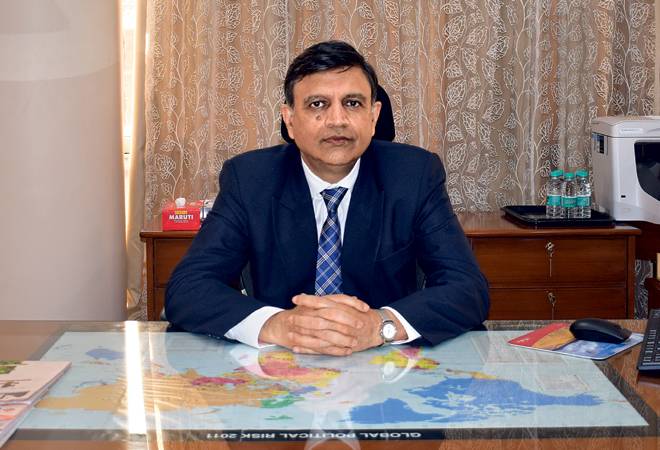 Q: What was the problem you were grappling with?

A: It was 2017. We had applied for a Syndicate at Lloyds of London and were waiting for the outcome. Lloyds is the world's leading insurance market providing services to businesses worldwide. Though GIC Re had been a Corporate Member at Lloyds since 2013, setting up our own capital-backed syndicate was the next goal. After serving for four years in GIC Re's London office, time was running out due to my imminent return to India. I had pinned my hopes on this one initiative. The waiting period before the final verdict was very trying.

Q: Who did you approach and why?

A: In such circumstances, one is often guided by ones own approach to life. During this unsettled time, when one tends to think more of the worst-case scenario than be optimistic, a quote from 'The Count of Monte Cristo', kept coming back to me again and again.

Q: What was the advice?

A: "...Never forget that until the day when God shall deign to reveal the future to man, all human wisdom is summed up in these two words, -- Wait and hope." In times of crisis, one needs to follow his/her experiences to tide over a particular situation.

Q: How effective was it in resolving the problem?

A: There are times in our lives when despite putting all ingredients correctly, the cake does not rise. Alexandre Dumas' work, 'The Count of Monte Cristo', helped me approach not only this waiting period with a great degree of equanimity, but in many similar testing times in my life. On a cold winter day in December, the phone call came announcing "The eagle has landed". We received Lloyd's final verdict, and our syndicate, christened GIC Re Syndicate 1947, became a reality.

"Choose Your Battles Wisely, Fight the Most Important Ones and Let the Rest Go"

"The Culture of the Organisation Will Take It Towards Success"