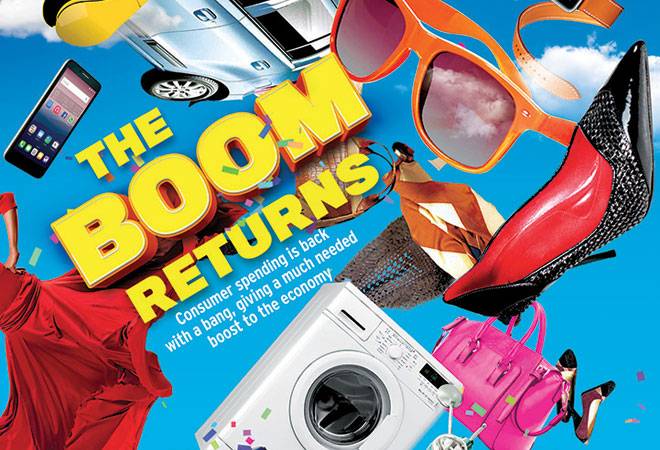 This refers to your feature on black money (Hunting Black Bucks, November 6). It has painted a more detailed picture of what goes wrong in mopping up black money like chasing the mirage of wishful thinking without robust strategies. The PAN mandatory conditions overlook the money sharks in oceans and attempt to catch only fish in the smaller ponds. Revamping I-T Act is overdue and stressing it now is like reinventing the wheel. The systemic drawbacks of I-T Act, collusion of officials with wheeler-dealers, pervasive corruption, political chicanery, tardy implementation of schemes and lethargy of government machinery sow the seeds of black money. Radical legislative techniques, heightened diplomatic camaraderie with other nations, and re-crafting and re-tooling the recovery mechanism will force the truant elements to cede unaccounted money to the coffers of the nation.

This refers to your article on lingerie e-commerce (Clovia's Secret, November 6). It sounds good that now women among themselves openly talk about it, though the percentage is very low. Advertisements in print media are an increasing trend. Foreign brands have also entered the Indian market. But in spite of modern thinking on this product, it is very strange that sometime back even a fashion TV show on lingerie was banned for a short period by the government. Even some DTH service providers have blocked fashion TV channels.

This refers to your Tech Special article Scoring Over Humans (October 23). It was a timely pointer of things to come. Robots are not only being used in manufacturing services and homes, they have also now entered into the hallowed portals of the banking sector as well. A recent news item in the media said: ICICI Bank introduces 'Software Robotics' to power banking operations. The bank claims it is the first bank in the country and among few, globally, to roll-out software robotics. Over 200 software robots are performing over 10 lakh banking transactions every working day in the bank. Introduction of such robots has reportedly resulted in cutting down response time to customers by up to 60 per cent and increased accuracy to 100 per cent, besides sharply raising efficiency and productivity. Banking functions such as handling new business quotes, new business application processing, bank reconciliation processes, policy reconciliation processes, and checking and auditing processes can be safely handled by software robotics. This technology will also help in freeing up human resources from mundane tasks so that they can focus on providing uniquely human values, like training and mentoring, and the manpower can spend time offering personalised services according to the needs of the clients.

This refers to your story on banks' bad assets (Decoding NPAs, October 23). In fact, high level of NPAs in Indian banks is nothing but a reflection of the state of health of the industry and trade. It is a fact that the government also exerts pressure to prevent bank managements from taking punitive measures for recovery. Perhaps, the large volume of bank branches, low business volume per employee, slow progress in implementing technological innovations, helplessness in outsourcing time-consuming procedures like loan processing and recovery are the main causes for banks' low profits. Private banks mostly do not tread in the muddy backwaters of the Indian economy - infrastructure and direct agriculture. It helps keep their hands and credit portfolios dry. The rising NPAS were mainly in sectors like highways, steel, and textiles. Measures need to be put in place to arrest this downward slide, and the deceleration of lending is definitely not the answer.