A lot of gadgets can multitask in the silicon age. But there are still others that do the same and yet are different. You could even say they suffer from a psychological problem for they live dual lives. They function like what they were manufactured for. And then they boast an additional skill that none from their families have. For an end consumer, these gadgets eliminate the need of the second device. Their ability to change from one device to another makes them our Bond Gadgets. 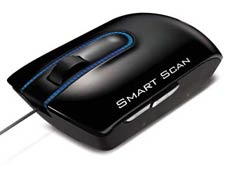 This is a traditional mouse that eliminates the need of a standalone scanner. The mouse comes with a software for scanning documents and pictures. When launched, the program activates the scanner at the bottom. Capable of scanning a document as big as A3 one, the mouse enables viewing the scan simultaneously and even gives access to basic editing. A cool, hybrid gadget for business professionals on the move.
Price: Rs 3,500

CAPTURE AND PROJECT
Nikon's S1200pj is a point-and-shoot digital camera equipped with a 14.1 MP sensor and 5x optical zoom. What sets it apart, however, is its built-in Pico projector with 20 lumens brightness and a contrast ration of 200:1. Similarly, Sony has come up with a camcorder with a built-in projector. The PJ50E has a CMOS sensor with 220 GB hard disk drive with projection of up to 60 inch diagonally. But unlike the Nikon camera, this camcorder is fairly costly.
Prices: Sony PJ50E: Rs 59,990; Nikon S1200pj: Rs 14,950 Wondering what is Victorinox's fabled Swiss Knife doing in this list? The company has smartly added a flash drive along with a flash light to its fully equipped multi-function knife. The Secure 32 is a 32 GB pen drive with fingerprint and password protection and a bright LED torch. The company has another knife called Presentation Master Flight 32GB that is equipped with a pen drive, laser and Bluetooth.
Price: Rs 6,265 onward Last year, Sony Ericsson took the wraps off its gaming smartphone. The top panel is like any other touch Android smartphone's. However, second panel hidden beneath had gaming controls instead of a keypad. It has a few games pre-loaded, but more can be downloaded from Android Marketplace. SPECS: 4-inch display; 5 MP camera; Android v2.3; 512 MB RAM, 400 MB RAM expandable to 32 GB; 175 gm; 1500 mAh battery.
Price: Rs 22,000 The Transformer is a 10-inch touch tablet running on Android Honeycomb. It comes accompanied by a keyboard dock. Once the tablet is yoked to the dock, it instantly turns into a laptop. Scoring high on functionality, the Transformer has a couple of USB ports and an extended battery backup. This is available in two versions-Wi-Fi only and Wi-Fi with 3G. SPECS: 10.1-inch display; Keyboard dock; Combined of 1.3 kg; Android Honeycomb; 2 USB ports, 1 HDMI mini connector; 16 GB onboard memory, expandable; Wi-Fi, Bluetooth; 5 MP camera
Price: Rs 32,999 (Wi-Fi), Rs 43,000 (Wi-Fi + 3G)

PORTRONICS EMERGENCY CHARGER
This is a sleek compact charger with a built-in LED torch. Operating on Li-ion batteries, it quickly charges a smartphone, iPod or a PSP. The emergency charger has a USB port and is accompanied with a set of jacks compatible with different devices. So, next time you forget your charger, you can rely on your new flashlight. SPECS: 2200mAh battery; 90 gm; 4-stage charge indication level; LED torch.
Price: 1,100

Cooling pads can be clunky platforms that protect your knees from the heat generated by laptops. In addition to this, the Philips Notebook cushion speaker pumps up the volume of the notebook (of course, it uses up a USB connection too). The Notebook sleeve, on the other hand, protects against heat and doubles up as a useful protective cover for carrying the machine.
Price: 1,999 onward 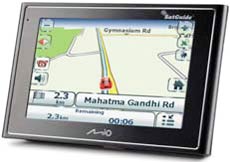 A Bluetooth-enabled personal navigation device can be mighty useful. Firstly, it guides you across unknown terrain throughout the country. Then, you can pair it with a phone over Bluetooth and turn it into a car speaker. MapmyIndia, SatGuide and TomTom have these easy-to-use offerings. The S550 from MapmyIndia is priced at Rs 16,990. The SatGuide 5.0 Navi costs Rs 10,990.
Price: Rs 10,990 onward This is a great combination of a tablet lamp and a hidden speaker. The 4.5 W LED lamp is great for reading books, while the FM radio can soothe your senses. It can also be connected to an MP3 player or CD player via the auxiliary port. The retractable docking station drawer can hold an iPod/iPhone and the digital screen displays time and other music features. This is sourced in India by Light Labs.
Price on request

Sony DEV-5 binoculars
A binoculars or a camera? The Sony DEV 5 is a combination of both, capable of capturing still images and video recording at 1080p resolution in both 2D as well as 3D. It even has a CMOS sensor, optical image stabiliser, auto focus and a 20x optical zoom. The binocular has a built-in GPS receiver that allows it to geo-tag videos and photos automatically.
Price: $1,999.99, store.sony.com

Yet to come to the Indian market, this is an all-in-one printer from HP that combines a full 7-inch colour tablet with the printer. Acting as a touch controller for the printer, the tablet can be removed from the dock and used for browsing the web, uploading status on Facebook or accessing Picasa albums for photo printing. It even comes with preinstalled apps for business and entertainment. The tablet can be used for remote printing as well.
Price: $399, shopping.hp.com

Available abroad, this is a headphone that bundles up as a speaker. This noise cancellation headphone has a switch that, when turned on, transforms the outer ear cups of the headphones into speakers. The ear cups can be rotated and the headphone can be placed on a flat surface while in the speaker mode. For using it as the speaker, you need to charge it using a USB cable. A one-hour charge gives it enough juice for four hours of music playback.
Price: 120 pounds, red5.co.uk

How to convert 2D into 3D

Tech tips for working from home