It is said that with age comes wisdom and self-awareness. So, it is in that spirit of self-awareness that I must admit that for a large part of my life I was a barbarian.

Like most young people who leave home at an early age, my youth was spent drinking the cheapest alcohol possible: Gilbey's Green Label whiskey, Romanov vodka, Haywards 5000 beer, Old Monk rum. I lived in Sweden where every Friday we would stock up on five-dollar supermarket wines. To say that my approach was more driven by value than quality would be a generous way of looking at it.

Of course, as you grow older, you come to money before you come to wisdom, and so I started drinking vodka, moving up the usual premium chain...Smirnoff to Absolut to Grey Goose to Beluga. But at every stage, I knew something was missing. As someone who saw himself as a sophisticated young man, familiar with art and culture, the idea of drinking a distilled starchy spirit that lacked any identity or character of its own began to bother me. Should I not be drinking something with a bit more refinement? In my quest for a more sophisticated tipple, I went for whiskey tastings and wine tastings. I learnt to distinguish between the taste of different single malts and scotches and bourbons. I realised that there were wines that I liked, specific grapes and regions. However, the key word was "like". A man's choice of spirit is a defining aspect of who he is... a modern way of demonstrating one's regimental stripes and tribal associations. One shouldn't "like" a choice that is so important. One should love it, value it, wear that choice with pride like the medals on the chest of a retired Field Marshal. They say that every spiritual journey needs a guide, someone older and wiser to point you in the right direction. In my case it was my father-in-law, a salt dog of a retired naval captain and master of the finer things in life. 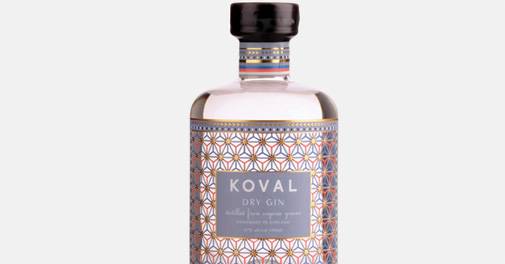 For years, he had been advising me to drink gin, like all good Navy men do. Memories of the Blue Riband of my youth made me smile politely while pouring myself yet another vodka Diet Coke. Although I had heard about the gin renaissance in Barcelona, it still seemed like a drink on the brink of extinction. Around five years ago, the renowned chef, Serge Arola, opened a Spanish restaurant in Mumbai that served a range of gin cocktails. It was a key moment, one that forced you to try gin, whether you wanted to or not. I realised suddenly that I liked the layer of complexity and flavour that gin brought to a drink. Soon after that I started ordering gin and tonic when I went out. India has several good, easily-available international gins and as I drank, I quickly discovered that a good gin wasn't necessarily what was more expensive but what you liked personally. I still prefer a Bombay Sapphire to the more expensive Hendrick's (though Hendrick's with cucumber and a splash of tonic is a classic).

I prefer Tanqueray Ten or regular Tanqueray and I find Beefeater revolting. The challenge with regular gins, however, was that while they were way more interesting to drink than vodka, they had a certain homogeneity. The thing I liked best about gin was that it wasn't a neutral spirit like vodka. Every gin has juniper as a common ingredient but each brand of gin has its own set of botanicals mixed into it, so each gin brings something more to the table, a personality and character. But I felt as though I was seeing personality within a narrow framework. It didn't have a sense of roots, of soil, of water and of soul that whiskey and wine did. Yes, gin had personality, but it was a Disney-fied version; almost like seeing a bunch of superhero movies within the Marvel universe and enjoying them all while always feeling there must be more than this -- voices and stories and flavours that were more distinctive.

That is when I discovered craft gin and my world changed forever. The first craft gin I had was Monkey 47. Currently owned by alcohol behemoth Pernod Ricard, it was relatively easy to find. I was drawn to the tiny, distinctive bottle and the monkey logo and when I tasted it, the balance and richness of 47 botanicals exploded in my mouth. It was then that I fell through the looking glass and entered the world of craft gin, a world of infinite journeys and discoveries. 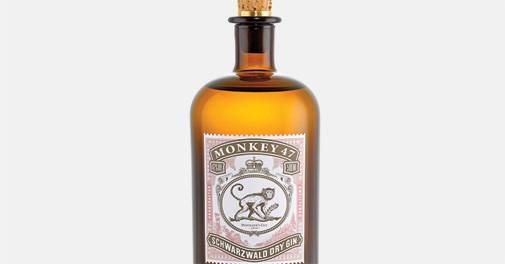 This is not the time and place to get into details of the different kinds of gins or even craft gins but there are a few key things to look for, starting with the kind of botanicals. Most Mediterranean gins are more citrusy; the Nordic gins tend to be cleaner and crisper while those with a sweeter palate are drawn to the more floral flavours often found in British (especially Scottish) craft gins. The water makes a difference and if you ever taste an Icelandic gin you can see the difference good spring water can make to a gin. Distilling methods have a massive impact on the flavour and type of gin - from the process to the kind of still used. While it's hard to find, I do feel Napue from Finland is the best traditional craft gin I have ever had. If you like your gin sweeter but not floral, the renaissance of Old Tom gins gives you an option that is slightly sweeter than traditional dry gins without being cloying.

Vastly popular in prohibition era America, its recent resurgence has made it a favourite of bartenders and cocktail mixers worldwide. The best Old Toms are American and none is better than Ransoms. For whiskey lovers, the type of gin to try is barrel-aged gin, which is basically gin (usually Old Toms) stored in a wooden cask. Though most barrel-aged gins use whiskey casks and have a slight malt profile and smokiness, I've also had gins aged in wine or sherry barrels. So go out there and try different types. The craft gin journey doesn't require you to travel the world anymore. Distillers and gin advocates from India are now creating Indian craft gins, trying to capture flavours and fragrances like clove and cardamom that are distinctly Indian. While most Indian craft gins are just starting out and still finding their feet, I do have an early favourite in Stranger & Sons - a soon-to-be-launched gin that really tasted uniquely and distinctly Indian. 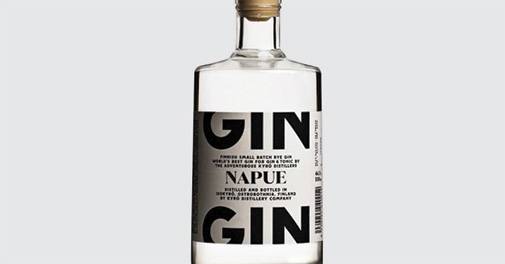 The last thing to keep in mind (unless you drink it neat or with soda) is the tonic. I realised the power of tonic to enhance the gin experience when I had Manu Chandra's hand-made tonics at Toast and Tonic, Bangalore. Do not drink the super-sweet, supermarket tonics unless you want to kill the taste of gin. The gold standards are Fever-Tree and East Imperial while from the Indian brands, Svami is of a very high quality and much less sweet than a Schweppes.

So, go out there and enjoy the journey. As you traverse the craft gin world, remember there is no right or wrong, so forget the rules, the classifications, the price points. Follow your taste buds and your instincts and enjoy each bottle to its last drop. Happy drinking!