As security needs become more complex, the rich and the famous are cherry picking the best from India's armed forces to protect themselves and their families.
Sonal Khetarpal | Print Edition: October 21, 2018 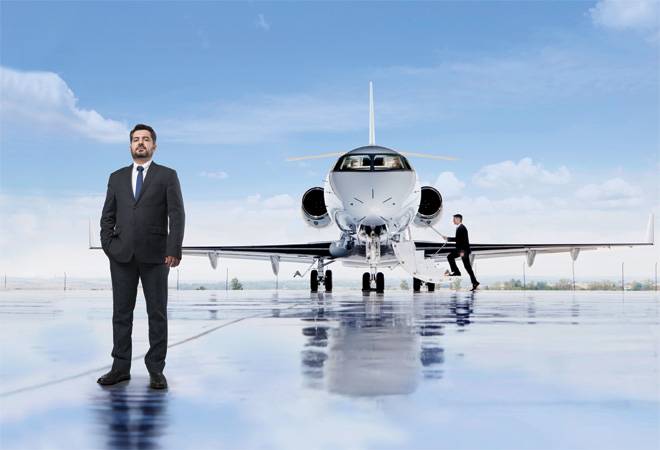 The birthday party had an Avengers: Infinity War theme for Aalap (name changed) in West Delhi's Rajouri Garden. There was the usual cake, balloons, return gifts..all with super hero motifs. Aalap, too, was dressed as his favourite superhero, Thor. But it was Dubey ji who was playing the role of Heimdall the Gatekeeper, and 'Thor's' ally in real life, protecting the 7-year-old. He was not carrying a sword, but the 5-feet 8-inches lean built man, did have a 0.32 revolver on him.

"Law enforcement authorities cannot safeguard all citizens, so we need to be responsible for our own safety," says Dewan Rahul Nanda, Chairman and Founder of security company TopsGrup. Since children are soft targets, several high net worth individuals employ close protection officers, or security guards in layman terms. Police protection may not be feasible - there are only 150 police officials for every 100,000 citizens, according to a FICCI report.

Conventionally, people hired bodyguards on the basis of their muscle strength and intimidating physique. But the role of private security has extended from physical protection to counter surveillance measures. They are responsible not only for keeping the person alive but also for ensuring that no one is spying on business secrets or sniffing around cellphones. As the role becomes more strategic, the rich and the famous are cherry picking the best from India's armed forces.

Large companies spend a fortune on the security of their top executives. Facebook has reportedly kept aside $10 million this year for the security of its CEO Mark Zuckerberg and family. Amazon has been spending $1.6 million to protect its CEO Jeff Bezos, who is also the world's wealthiest person with a net worth over $150 billion. In comparison, Apple's security spend of $224,000 for Tim Cook is small. The amounts may not be this exorbitant in India but Reliance Industries' Mukesh Ambani reportedly spends Rs 15-16 lakh a month for security provided by Central Reserve Police Force (CRPF).

There are generally two categories of people who require security, says Nanda. Those whose nature of work gives them wide visibility, such as celebrities or top executives, and then those who face the risk of collateral damage or are getting threats of kidnapping and assault. A Delhi-based industrialist, who spoke on condition of anonymity, says he uses a guard who is ex-army, to accompany him to his farm house in Sonepat. Since it is in a remote location and he often travels at odd hours, he is afraid of getting looted. The industrialist explains that for businessmen who deal extensively in cash, having guards is a prerequisite. "My friend in the coal business would get threatening calls for ransom from the househelp's son, who got to know that my friend was in the middle of a big business deal." The murder of T-Series founder Gulshan Kumar in broad daylight in 1997 is an example of how threats can turn into action too.

Corporate executives also face security risks. In 2006, the son of then Adobe CEO Naresh Chand Gupta was kidnapped in Noida, though he was found later. After receiving threat letters, Reliance Industries' Mukesh Ambani sought Z category security from the government.

The perceived threat can be situational too, says Veena Gupta, founder of security firm Seam Risk Consulting. For example, one of her clients wanted protection as the land he sold brought him a lot of money. The land was disputed in the family, and the person felt threatened by his brothers. The most difficult jobs are the ones that demand physical security of male celebrities or sports stars, says Captain Praveen Dahiya (retired), Managing Director at security firm InQuest Advisories, which also handles the security for some Indian players during tournaments. When international stars like Justin Bieber visit India, "it is difficult to manage female fans as they want to get close to the celebrity. This puts the protection officer in a dilemma as we can't use force to push a woman back," says Dahiya. For such situations security companies now have women protection officers too. "A mixed group brings several benefits to the table. The level of trust is more. Also, there is increasing demand for women guards from children and women clients," he adds.

Security strategies differ based on the nature of the potential threat, and risk assessment is crucial. There are different levels of manned guards available. At the top are those who were formerly with special forces teams such as para commandos and Black Cats. They have advanced threat perception ability and knowledge of medical aid. "Each one is like a self-contained unit," says Captain Albert Louis (retired), CEO of Specialist Advisory & Intervention Group, who retired from the Indian Army's Parachute Regiment (Special Forces).

The next level has those who have retired from the military (army, navy or air force), then para-military forces (such as Border Security Force and Central Reserve Police Force), followed by people who have served in the police. "Mostly, people opt for anyone who has police or para-military background. The well-advised ultra-rich go for people with military experience as close protection officers, and the rest of the team can be from police," says Louis. The trick is to look unassuming. "The client doesn't want to look unapproachable so security has to be covert," says Louis.

The most demand, however, remains for bulky men as bodyguards. But, "they might not have an idea of a rescue operation or an emergency medical response. They cannot even pick up the client and run if required," says Major Manjit Rajain (retired), Executive Chairman of security company Tenon Group of Companies. "It is not real protection, but can be useful for celebrities who need the macho image to create a psychological deterrent," he adds. Such security personnel are also in demand for social status. He talks about an aspiring politician who wanted four khaki dressed guards in a gypsy to follow his car. "There was no threat to his life. The reason he gave was that he didn't want to be stopped at toll gates," he says.

The demand for trained security officers has spilled to foreign shores too, especially Israel. But some feel that this may not be an effective method. "To read the threat and sniff problems, one has to understand the cultural nuances, which only a local can do," says Louis. The job involves not just physical security, but also safety at the places the client visits. "Before business heads go to, say, their factories, the security team goes first to assess the risk, map the entire stretch, check for roadblocks, take note of emergency services and hospitals on the way. It may also tie up with an air ambulance," says Dahiya. Measures are taken for situations such as a strike or potential lay-offs. "Before the executive's visit, social listening tools will be used to understand the sentiment at the facility, and an escape route will be prepared in advance," he adds. They have to be ready for unplanned events too. For instance, when a Chairman of a big North American company decided to visit Delhi's railway station during outbreak of H1N1 virus, the security team got air masks and also consulted a doctor about a 'safe' time to spend there, says Dahiya.

At homes, GPS trackers, speed sensors and motion alarms are a norm. Data from these is monitored 24*7 at the company's command centre, says Rajain. The client's protection officer will also know the clients' health related details such as allergies and blood group. Background verification is done for cooks and drivers. In fact, securing food at high-profile events is important. Nanda talks about the wedding of an industrialist's daughter where the food was checked after it was cooked, and immediately secured in food vans. "The easiest way to kill an entire bunch is by spoiling the food at a party," he says.

It is a thin line that separates protection from privacy, which often puts close protection officers in tight spots. Many clients don't understand that the security personnel are professionals and make requests such as to carry the bag or get food in the middle of night. Gupta of Seam Risk Consulting shares how a woman executive didn't want to sleep alone in the hotel room and so asked Gupta to spend the night in her room. "The role of a protection officer is door to door. They don't get into the personal space," says Gupta. Things also get complicated with children. She says, "Kids hate close protection officers because we give information of their whereabouts to the parents." The best way is to make the plan with the parents and children together, Gupta adds.

The need for protection has expanded to digital as well in the past 4-5 years. Business espionage is a big issue. During a technical surveillance counter-measure at a meeting room in a ministry, though bugs were not found, the team found trace marks of adhesive showing that earlier meetings were recorded, shares Dahiya. Security companies bring together all skillsets to form a solution.

The private security industry is among the largest employers in India, employing almost 8.9 million people and has the potential to employ 3.1 million more by 2022, according to a FICCI report. But unlicensed players dominate. "There are a lot more unlicenced players so we are extremely liberal now and are trying to get many within the licensing ambit. This will help us understand what is happening in the market and make enforcement stronger," says O.P. Mishra, Additional Secretary with Delhi government's Home Ministry, which governs the private security industry through the Private Security Agencies Regulation Act (PSARA) 2005. The Act regulates the eligibility criteria for security agencies and training requirements. Each state formulates its own rules under PSARA. In Delhi, licensed security companies have increased from 300 three years back to almost 1,200, says Mishra.

Another area of concern is use of weapons. As per the Arms Act, one can apply for a licence in personal capacity citing the basis such as personal threat. However, Supreme Court lawyer and founder of law firm VAS Global, Virag Gupta, says, "What has been granted for personal use cannot be the means of livelihood unless specified in the licence." What happens in reality is different. "There can be different interpretations for people working in security agencies with a valid arms licence," says Virag Gupta.

Till the time the regulations are clearer and procedures well defined, we will have to rely on professionals such as Dubey ji to feel safe.