Hotels in India organise pop-ups with Michelin-starred chefs to give guests the experience of a lifetime.
Samita Bhatia | Print Edition: October 21, 2018 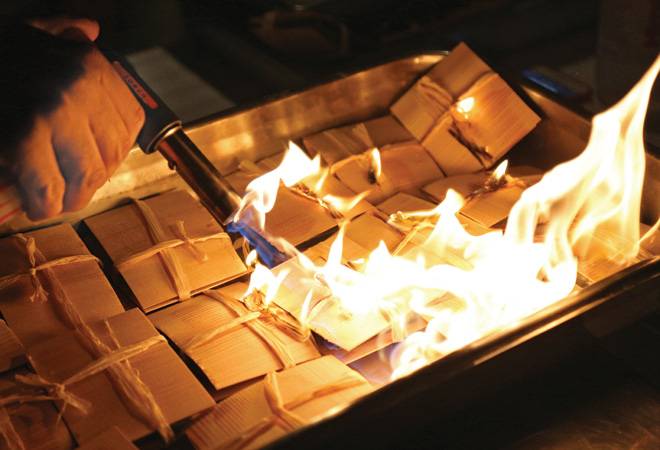 Gastronomic experiences become par for the course when the world's top chefs such as Daniel Humm, Gaggan Anand, Darshan Munidasa, Gary Mehigan, Masaharu Morimoto and Alain Passard are in the house. If you haven't been able to grab a seat at their restaurants around the globe, you would have perhaps caught up with them at a culinary event closer home. For, they've been cooking up veritable storms at pop-ups, right here in India.

As 'food' becomes a major movement in India, top kitchens across the country are roping in superchefs and Michelin-starred chefs to curate experiences for their guests. "The concept of luxury has moved from material to experiential. Our guests are always looking for valued, memorable takeaways. So we have to devise innovative experiences in our F&B (food & beverage) repertoire, which can dovetail into new global trends and keep up with the guest palate," says Louis Sailer, General Manager, The Leela Palace, New Delhi.

So, expect over-the-top creativity and luxurious ingredients to unite on Instagram-worthy plates. And we are talking in the league of Michelin-star dishes like scallops with caviar, red snapper with celery root, foie gras tarts, and more.

Sailer says these are watershed years for the hospitality industry as hoteliers determinedly raise the bar to lure new-age, tech-savvy travellers looking for a compelling mix of food, art and culture. Hoteliers must step away from the ordinary and offer something unique.

Wanchoo is always on the lookout for interesting concepts to make a place in the luxury dining space. The Imperial Culinary Club, that is 40 sessions old now, is one such device in his arsenal. The club sees the creme de la creme of the hotel's clientele flock to interact with globally renowned chefs and even cutting-edge in-house chefs at interactive cookery sessions. In the past, guests have enjoyed cook-outs with the likes of the much feted, US-based 'desi' Chef Vikas Khanna.

From serving kadaknath chicken, one of the rarest poultry breeds found in India, to having a line-up of the world's superchefs mentoring its restaurants, The Oberoi offers it all.

"Since a large majority of our guests travel internationally, names such as Vineet Bhatia, Andrew Wong and Alfred Prasad are familiar to them. These chefs have their own dynamic culinary styles as they all unfailingly listen to the market and create dishes accordingly," says Rathore.

WHAT'S ON THE MENU

Hardik Shah, Assistant Director of F&B, Four Seasons Hotel Mumbai, says: "The outings of international chefs have been amazing. Guests get to try out unique dishes, which these chefs may not be featuring on their regular restaurant menus."

They also get a chance to interact much more with top chefs in a pop-up environment than they would in the chefs' own restaurants. Sometimes the cooking, too, happens in front of them.

The pop-ups have been able to attract locals within their respective cities, which has become quite the game-changer for hotels. 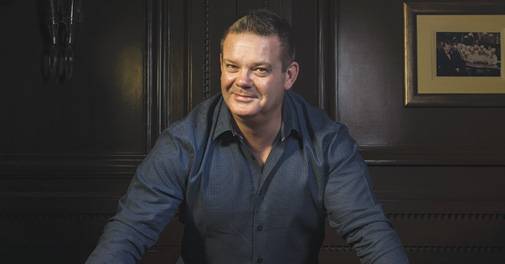 The Taj, a pioneer of many culinary concepts, has over 300 restaurants across its hotels. F&B is a key growth driver, expanding the scope for earning higher revenues. "The Taj brand prides itself on its culinary history and pioneering innovative dining options. F&B contributes a significant proportion of our revenues," says Gaurav Pokhariyal, Senior Vice-president - Operations, Delhi, NCR & Rajasthan.

And when legendary chef Morimoto visited Wasabi at Taj Mahal Hotel, New Delhi, he presented the very best of Japanese cuisine to guests. In the past, Taj's in-house Michelin star chefs, Sriram Aylur and Srijith Gopinathan (based in London and San Francisco, respectively) have hosted successful pop-ups in Mumbai and Delhi as well.

F&B has always been an integral part of growth for The Leela Palace as well. "It's also been our significant differentiator," says Sailer of The Leela. There's always some action at the hotel's two celebrated restaurants, Le Cirque and MEGU.

A lot of credit for this buoyancy in F&B revenues is being ascribed to initiatives such as high-profile pop-ups. It's no surprise that revenues generated by F&B can sometimes overtake room revenues. "F&B and room are the key revenue earners for a hotel. I believe that even if room sales are affected by any economic or political changes, F&B balances it, as it's open to both residents and non-residents," says Wanchoo of The Imperial.

Shah of Four Seasons Hotel Mumbai agrees that with most hotels focussing on F&B, including banqueting, F&B as a whole can overtake rooms in terms of revenue. "For us it would be approximately F&B 45 per cent vs rooms at 41 per cent."

Cut to The Roseate in Delhi where at Chi Ni, you'll be served Chinese modern cuisine prepared by a Michelin trained chef, Lau Ah Ban, and F&B is growing at a brisk trot. The Roseate, New Delhi, and Roseate House in Aerocity have witnessed 40-45 per cent growth over the last one year. "Revenue from rooms year-to-date stands at 54 per cent compared to 42 per cent from F&B. The gap is getting narrower on a yearly basis," says Kush Kapoor, Area General Manager, Roseate Hotels & Resorts. They have hosted Chef George Calombaris of the Masterchef Australia fame and Vineet Bhatia.

The march of haute cuisine is slated to continue. This month you can book your date with renowned Spanish chef Alberto Becerril at The Roseate or even Roseate House. He will curate a special pop-up menu featuring traditional European delicacies with a modern twist. And come November, The Leela Palace will present Delhi the Austrian chef Armin Leitgeb, known for his expertise in Michelin-starred cuisine. Krishnan of the Taj says they will be hosting the second year of Spanish Extravaganza, a three-day culinary festival at The Taj Mahal Palace, Mumbai, in November, and at Taj Mahal Hotel, Delhi, in December. The festival will promote high-end Spanish gastronomy with much help from the participants who are two Michelin-starred chefs, two paella masters, one tapas guru and two master sommeliers.

Four Seasons Hotel Mumbai, meanwhile, is already working on the 3rd World Gourmet Festival next year. Shah sums it up, "These events are a great learning curve for hotels too. They give our teams an opportunity to learn many tricks used by these legends, which is a great motivator."