From best-in-class movie viewing technologies and luxurious ambience to menus crafted by celebrity chefs from India and abroad, multiplex chains are going all out to give cinema connoisseurs a premium experience 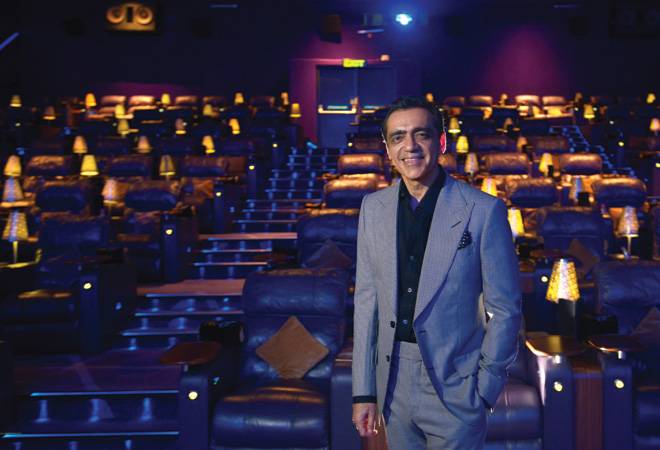 Alia Jetha has been in and out of fashion shows through the week. But on Sunday, Jetha, a foodie, begins her lazy afternoon with a floral mocktail (apple juice infused with Elderflower) created by renowned mixologist Yangdup Lama. While sipping her drink, she sinks into her comfortable recliner and watches the new Bollywood blockbuster, Dream Girl. As the movie progresses, she reaches out to the tab next to her and calls for the butler. Jetha asks him to recommend a snack and he suggests Dahi Puri Aussie Style which he proudly says has been created by none other than Chef Sarah Todd of the Masterchef Australia fame. A visibly curious Jetha orders it. Served in sleek bone china crockery, the puris are stuffed with boiled potatoes, sprouts, creamed corn and pineapple and laid on a bed of puffed red rice.

If you think Jetha was pampering herself to first class hospitality in an international airline or in the spa of a five-star hotel, you are wrong. She was in PVR Luxe, the luxury offering of PVR Cinemas. The butler service and the exotic menu was exclusively for Luxe patrons. By the time the movie ended, Jetha was poorer by Rs 3,000 (the movie ticket cost her Rs 1,500 and she shelled out another Rs 1,500 for the food). "The experience was worth the money I spent," she says. The market for luxury cinema is surely growing. From PVR and INOX to Cinepolis, multiplex chains are increasingly investing in luxury offerings not just in metros but also in cities like Jaipur, Pune and Kochi. While 60 out of the 800 screens of PVR (PVR Luxe and Director's Cut) are luxury, 38 out of the 598 Inox screens are part of its luxury offering, Insignia. Similarly, Cinepolis has 11 luxury screens, Cinepolis VIP. The ticket price being anywhere between Rs 800 and Rs 2,000, these luxury auditoriums are not just equipped with laser projection screens and superior quality sound systems, they also offer leather upholstered wide recliners, exotic menus curated by celebrity chefs, butler service, exclusive reception desk, valet parking, and much more.

While cinema has always been a mass product, luxury cinema is the next big trend, says Deepa Misra Harris, CEO and Founder of marketing consulting company BrandsWeLove. "As customers reinvent themselves, organisations have to stay ahead of the curve. With global exposure, higher incomes and desire for more experiential products, customers are defining the cinema offerings."

Ajay Bijli, Chairman, PVR Cinemas, says the trend is not new for him. "Before competition came up with its luxury offerings, I had mine. I opened the first luxury cinema in Bengaluru in 2004 which was the first Gold Class. Now, we have around 40 Golds. I opened Director's Cut seven years ago. It was the first all-luxury format. All that I am doing now is raising my standards." The idea behind Director's Cut at Ambience Mall in South Delhi, an all-luxury offering (unlike Luxe which is usually part of a regular PVR), was to get the rich South Delhi crowd, used to home theatre comfort, out of their homes. "I kept in mind the discerning customer who is affluent and has the ability to watch the movie at home on the biggest possible plasma screen. I wanted to get him out. The thought was to push the envelope in every aspect, starting with auditorium, seating, lighting."

Apart from regular film releases, the chains also enable discerning luxury consumer to host private parties. PVR Cinemas, for instance, also gives its patrons the option to choose from its theatre-on-demand library, Vkaoo. In fact, private events contribute significantly to the revenue of these luxury theatres.

However, an all-luxury format (which requires investment in not just expensive real estate but also in high quality service) is an expensive proposition. So, Bijli prefers to scale up the Luxe auditoriums as opposed to Director's Cut, which are usually part of a regular multiplex. Of the seven screens at PVR Lower Parel in Mumbai, two are Luxe, with a seating capacity of 40-60; a regular auditorium has around 200 seats.

Similarly, Inox has only one all-luxury Insignia in upmarket South Mumbai. It is planning an all-luxury format in Gurugram but most of its Insignia offerings will be part of its larger Inox multiplexes. 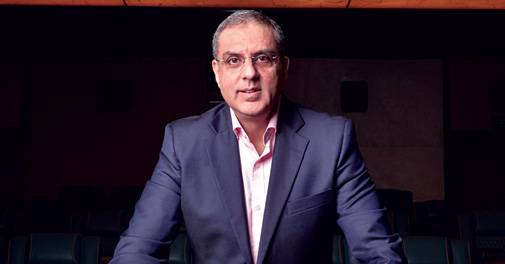 While state-of-the-art technologies such as laser projection, Dolby Atmos sound and Volfoni 3D screens are a given, design and service play a key role in enhancing the luxury quotient. Alok Tandon, CEO, Inox Leisure, says he spent hours with the company which manufactured recliners so that it can offer the most comfortable seats to his guests. "We ensured that the leather we use, the stitching, are top class. We installed sleek panels on the side from where you can adjust the seating angle as per your comfort and at the same time call for the butler if you need an extra blanket or food," says Tandon. The intent, says Tandon, was to offer an experience that would stay with consumers forever.

To ensure this, the companies are looking at details such as artefacts on walls in their exclusive lobbies and whether floor carpets blend with wall carpets. "Also, the colour of the crockery shouldnt be overpowering, so that it doesn't disturb your viewing experience. The staff uniform was made in a such as way that it stands out, but when the operational associate is in the auditorium, the colour of his/her uniform should blend with the colours in the auditorium," says Tandon. In fact, Cinepolis has a separate team to look after its luxury cinemas. "Luxury demands minute attention to details, hence we treat the business differently, we have a separate P&L for it," says Devang Sampat, Deputy CEO, Cinepolis. 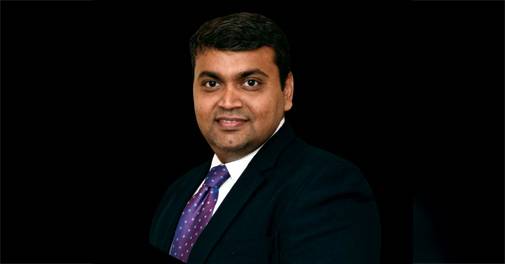 While valet parking, exclusive reception counters, welcome drink and superior technology are the basics that all multiplex chains are offering, food & beverage and service are the differentiators. Open the PVR Luxe menu card and you can find names such as celebrity chef Sarah Todd, who has finalised the menu, mixologist Yangdup Lama, who has put together the mocktail menu, and renowned Japanese chef Yutaka Saito, who has curated the sushi menu. "Our sushi matches the standard of what you would get at a Wasabi at the Taj Mahal Hotel," says Bijli. The menu curation also changes at regular intervals. Insignia, for instance, has special festival menus during dusshera, diwali and other festivals.

The menu at Inox's Insignia has been crafted by Chef Vicky Ratnani and the staff uniform by designer Arjun Khanna. Bijli and Tandon say their staff undergo rigorous training by hospitality industry professionals. "My inspiration is hospitality, not other cinema operators. My inspirations are Four Seasons and Singapore Airlines," says Bijli.

Luxury seldom gives scale. The multiplex operators are mindful of it. "For every one luxury chair, we lose three chairs, so, ideally our cost should be three times higher than the cost of a regular auditorium," says Sampat of Cinepolis. But the Indian market is all about affordable luxury and, hence, the pricing can't be three times more. Therefore, one needs to be careful and set up luxury screens only in areas where there is an audience for it. "Luxury is about 15 per cent of our revenue and we intend to maintain that," says Sampat.

A luxury screen costs around Rs 5 crore and the payback criteria is the same as it is for the regular screen, says Bijli of PVR. "We still want to get 20-25 per cent EBITDA payback, else we will keep growing by screen count and forget the economics. We are a listed company and have a responsibility to shareholders. We don't want to get carried away."

Tandon of Inox says luxury has been profitable for his company. "It serves a consumer segment which is quality conscious. We maintain healthy occupancy rates in our premium formats."

So, where do the Indian luxury cinemas stand globally? "Luxury in the West is just recliner seats. Thailand and North Korea have some interesting concepts, but that apart, I would like to believe that India is the torch bearer in luxury cinema," says Tandon.

In Search Of A Second Home