"I Hope India Will Catch Up In Luxury Car Sales"

The advent of connected, autonomous, shared and electric mobility promises to reset the rules of the game and every carmaker - big or small, luxury or mass - will have to reinvent itself
Sumant Banerji   New Delhi     Print Edition: October 20, 2019 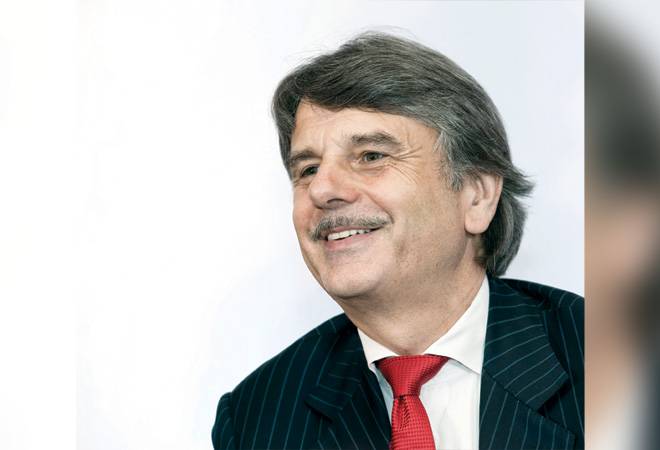 The global automobile industry in general and the luxury car segment in particular is bracing for a once-in-a-century disruption over the next decade. The advent of connected, autonomous, shared and electric (CASE) mobility promises to reset the rules of the game and every carmaker - big or small, luxury or mass - will have to reinvent itself. As one of the leading luxury carmakers in the world, Jaguar Land Rover is also preparing for the future. In addition, it is also dealing with the challenge of Brexit back home in the UK. JLR's global CEO Ralf Speth discusses the future of the luxury car industry with Business Today's Sumant Banerji. Edited excerpts:

Q: The automobile industry is facing widespread disruption, which will play out over the next decade. How is JLR coping with these?

A: It is very clear that the future of the automotive industry will be electric up to a certain degree. We have invested heavily in electric vehicles and are the first company to come into the market with a premium SUV - iPace. This vehicle has won many awards around the world and is highly recognised. In addition, we are also building our electric drive units (EDU) and reshaping our plants to manufacture the EDUs. We have a collaboration with BMW so that we can share knowledge and at the end of the day production facilities. In addition, we are establishing a battery assembly centre at Hams Hall (UK) where we will create our battery packs and modules.

Does that mean JLR is already curbing investments in conventional petrol and diesel technologies?

The forecast is that until 2025-30, the electric market share will be 20 per cent, maximum 35 per cent. This means the majority will still be conventional vehicles, which answers in some way (the question of) how long the ICE (internal combustion engine) will be relevant. While electric mobility broadly makes sense, we also have to find solutions for trucks and buses for long haul purposes where electrification has not been able to offer proper solutions so far. (So) we invest simultaneously in all kinds of technologies. We are investing in making conventional powertrains better in terms of fuel efficiency and emissions. Latest results from independent experts show our vehicles are leading others in this direction. Modern diesel and petrol will remain in the market for quite a while. F-Pace has the highest sales volume for Jaguar as of now. Speth says the SUV has not impacted any of Land Rover's products

The overall market looks particularly choppy at present, and financially as well, you have your back to the wall. Are you on track to achieving the turnaround targets?

The disruption in the automotive industry has really increased both in terms of frequency and magnitude. It is a mix of trade wars, currency fluctuations as also regulatory issues. In terms of our overall transformation plan, we are well on track. We have divided it into two different segments: Charge and Accelerate. On 'Charge' we are doing very well. We have definitely achieved our targets. In the 'Accelerate' programme, which was in the direction of systemic improvement of complete operations in many areas, we have set up various work streams to increase the inner strength of the organisation. It is more long term, so we have some way to go, but we are at it.

Do the series of cost-cutting measures affect investments towards new product development?

We have experienced a very difficult situation and have realigned our financial structure. We have reduced our overall investment, but at the same time, kept the investment on products really strong. We have dumped some niche models like coupe and convertible versions of some cars and some engine derivatives. At the same time, we have remained committed to every big project so that we stay relevant in the medium and long term.

We have been very clear about the necessity of a Brexit deal not only for JLR but also for the complete export industry of Britain. We need absolutely tariff-free and friction-less trade, access to talent and regulatory harmonisation between all of Europe. That does not only cover Europe 27 but also associated countries that work with the EU. We have to ensure that the rule of origin can be achieved so that even after Brexit, we can ship vehicles and bring in parts from other countries associated with the EU. At the end of the day, we have to quickly realign our production. It is possible. We are also working with the government to find the right outcome so that it is beneficial for the society in the UK and our customers globally. I hope politicians on both sides take care of the society, job creation and their workers on the assembly lines.

Yes, we continue to be strongly involved in the UK. We are definitely a UK company; this is our origin. We have just increased our Gaydon design and engineering studios, and have moved our design centre from Whitley to Gaydon to improve efficiency in product creation process. We have set up tech hubs in Shannon (Ireland) as also Manchester (UK) and Hungary so that we get the right talent. In India, we have set up a special electrical and electronics division with some of the best people from the industry. I hope that this will strengthen the UK approach and also diversify knowledge bases.

What about fresh capacity? Are you consciously investing more outside?

This is not the time to talk about additional capacity. We have enough right now in the UK and have just announced that we will be also make our electric vehicles here.

How badly has the downturn in China impacted you?

We see a drastic slowdown in China at the moment. But I do not believe this is a long-term development. I am optimistic. China, which is anyway the biggest market for cars globally with sales of 28-29 million cars per year, will grow despite these temporary issues to 45-50 million cars per year in the near future. We are not a million unit car company. We are very small. We just do about 600,000 very special vehicles. Even if the market is temporarily in a bad situation, we have outstanding vehicles which will help us tide over.

Has the lack of growth in the luxury car segment in India disappointed you?

I hope India is going to catch up and there will be a breakthrough. If we compare the Indian market and China, then India should also speed up (the way China did). We have invested and re-invested to grow in India. We have expected this kind of breakthrough for quite some time. I am also optimistic that South America will come back in markets such as Brazil and Argentina. I also believe that the US will remain stable in terms of average volume per year. So, we have the opportunity to grow in various different markets. I hope that the luxury car market in India will also speed up as per the expectations.

In the past few years, Jaguar has launched an SUV in the F-Pace, which is generally the domain of Land Rover. How have you ensured that the customer does not get confused with this strategy?

Our customer knows exactly where to go for a Jaguar or a Land Rover and there is hardly any substitution. From a product point of view, the F-Pace is not really an SUV but more of a crossover concept with the orientation built for the road. The driving behaviour and algorithm is different behind a Jaguar and a Land Rover car. F-Pace has the highest sales volume for Jaguar right now and that shows we were right with the product but it has not impacted any of Land Rover's products at the same time.

The pursuit of CASE means massive investments and we have seen a spate of collaborations worldwide. You, too, have joined hands with BMW. Do you see more such collaborations?

Have Money, Will Spend