The word "new" works wonders in the cruise business. Last year, when Royal Caribbean Cruises launched the Symphony of the Seas, the bookings from India shot up dramatically. Tirun, the India representative of Royal Caribbean Cruises, ran out of space. People were ready to pay a premium over the previous years charges. For instance, a European product on that cruise would generally sell for $2,200 per guest for balcony staterooms, whereas Symphony sold at $3,500. "When we launch a new ship, the bookings surge," says Tirun CEO Varun Chadha.

Nearly 2,50,000 Indians travel on cruise ships per year. This number is set to grow substantially with the launch of new domestic cruise ships. The demand for luxury cruise is about 10 per cent (or 25,000 a year) of this.

The holiday-on-cruise trend had started in India almost 30 years ago. The first set of patrons was mostly industrialists and newly-wed couples. For a long time, the profile of customers was teasingly referred to as "newly-weds, half-deads and can't-gets". Now, with rise in disposable incomes, new launches, people going for multi-city vacations and word-of-mouth publicity, there has been a large shift in business. The segment is today driven by top professionals and affluent families. At times, generations of families travel to celebrate occasions such as birthdays and marriage anniversaries.

The launch of Zoya Akhtar-directed multi-starrer 2015 Dil Dhadakne Do, mostly shot in Pullmantur Cruises (Spain's largest cruise line) in the scenic Mediterranean sea, gave a booster shot to the industry.

The biggest competition for luxury cruises comes from private jet tours. While both have a different appeal, and are largely incomparable, the cruise segment thinks they have a clear edge over rivals. The biggest part is convenience. Cruise travellers pack and unpack just once. Guests travel during the night and wake up to a new destination practically every day. They don't have to worry about airport transits and taxi transfers at each destination. There are visa requirements but the cruise industry gets a lot of waivers. For instance, you do not need a visa to travel from China to Japan or Singapore to Malaysia. Similarly, US visa works if you are travelling to the Bahamas.

The luxury element comes from the access the travellers get. Destinations such as Antarctica and Galapagos Islands can be accessed only through cruise ships. "Imagine a multi-generational family travelling, and everyone pulling in different directions. How do you handle a 90-year old person? You're together, yet you have access to everything. The safety is huge. Where can you, at an upfront declared cost, get this kind of experience?" asks Tirun's Chadha, who has a team of 90 people in over 16 states selling the cruise product. "Ten years ago, we used to call it living room selling, as who knew about the cruises then? Today, it is bedroom selling. That's the kind of intimate detailing that goes into that conversation. When someone is spending $70,000 on a suite, he wants that kind of attention. Our clients are not just end-consumers, they are also the traditional travel agency network, event managers, wedding planners," he says.

Nearly 90 per cent of the world's cruise bookings come from travel agents and there are close to 250 ships offering itineraries of various durations to over 350 ports of call. India is largely a source market. It is weak as a destination as there are not enough ports that can offer the experience that luxury cruise travellers demand. 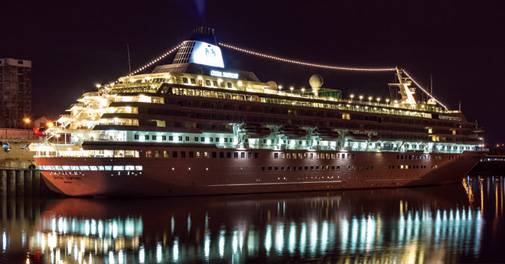 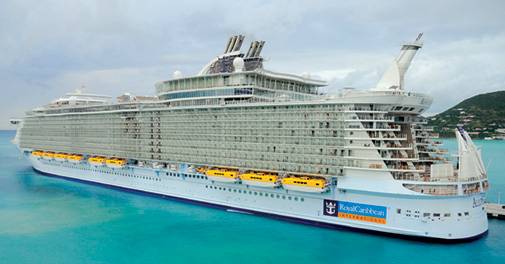 Nalini Gupta, head of Costa Cruise India, says, "The country does have the longest coastline, much of which still stands unexplored, with untapped ports like Lakshadweep, Vizag and Andaman & Nicobar Islands which could be part of future itineraries. However, it is important to have good infrastructure and facilities up to international standards. I am confident that this will happen with the government's keen interest in building the blue economy." The government had introduced a cruise shipping policy in 2008 and set up a task force but the progress has been fairly slow.

The luxury cruise segment can be divided into two parts: ships built exclusively for ultra-luxury cruising and large ships (over 50,000 tonnes) with some luxury suites as part of their overall inventory. Luxury cruise ships are typically small and can accommodate between 200 and 400 guests. With size a constraint, they can offer restricted number of recreational activities on board. But there are other benefits. They have only suites, their guest-to-staff ratio is superior, they offer personalisation and intimacy, and can travel to more destinations than the larger ships.

Large cruises with limited luxury suites have more space for activities, adventure and innovation. In big ships, about 15 per cent of the inventory is suites - some of which are as big as 2,200 sq. ft with two bedrooms, jacuzzi and separate dining and living spaces.

Things are looking up for the global cruise industry. As per industry body Cruise Lines International Association, the cruise industry is set to grow from 28.2 million passengers in 2018 to about 30 million passengers in 2019. The India market is expected to grow even faster. Nishith Saxena, founder and director of Cruise Professionals, says that going by trends of the past decade, passenger growth could be about 10 per cent a year on long-haul destinations and 15 per cent on short-haul destinations. "Many cruise lines have set up shop in India to source. The luxury cruise market in India thrives on unique experiences and is presumably the fastest growing segment in travel," he says. Cruise Professionals is one of the firms that represents global cruise brands in India. 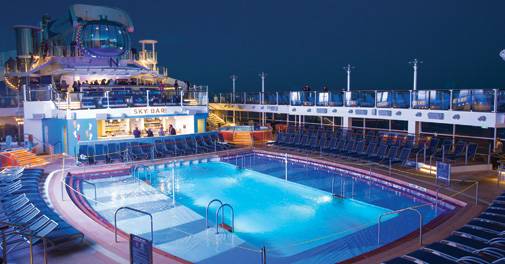 Cruise liners are moving the needle when it comes to improving their product. A recent example is tie-ups with companies whose satellites are close to the earth. These beam directly on the ship and give speeds that are six times faster than DSL (digital subscriber line) connections on land. With enhanced connectivity, guests can frequently update their social media profiles with Instagram-worthy destinations.

Earlier, the biggest complaint against cruises was that they don't immerse guests in the destination, as the ship keeps moving from one destination to another. But that's changing. Cruises are spending two-three days at marquee ports such as Venice, Barcelona, Rome, Tokyo and Copenhagen. So, the destinations remain the same as before - because the ship has to source its supplies (fuel and food) - but there's more time for travellers to indulge in the destinations.

"The industry understands that the destination is important. At Alaska, we understand that the guests just cant be at sea. We bundle up cruise and land travel as one package. While an itinerary is still the number one deciding factor, the cruise companies like to call themselves destinations," says Tirun's Chadha. Royal Caribbean is buying private islands that can be visited only by its guests.

The cruise companies are trying to stay relevant to the market here. For example, the average vacation period for Indians travelling West is 10 days. So, it would be difficult to produce high volumes out of India on a fixed 14-night product which might be more popular with tourists in Australia, the US and the UK. Also, since they have got to take care of the millennial who wants frequent short duration holidays, they are opening new markets like China. "Due to the all-inclusive nature of a cruise vacation, the same cruise ship can offer a mix of itineraries ranging from two-three nights going up to 14-16 nights or longer," says Cruise Professionals' Saxena.

While India has been on the cruise map for most luxury cruise companies, may be as a port of call or a source market, given the rising desire of Indians to explore new destinations, the luxury cruise business is set to grab a bigger pie of the outbound tourism market.

Have Money, Will Spend