When the Rich Hit the Streets

The financially well-off have taken to cycling with a vengeance, bringing a renaissance for premium bicycles in India 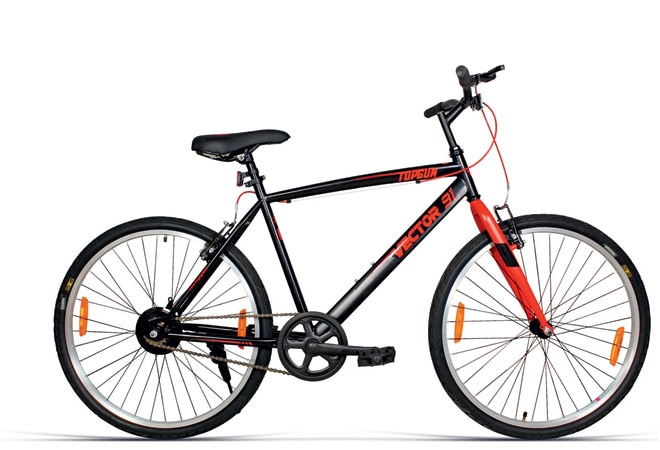 Traffic-free roads in Mumbai after the pandemic this year opened up new opportunities for the avid cyclist in Gaurav Singh. The owner of a fledgling business in interior designing - his company specialises in lift and lobby designing - Singh used to take the tried and tested off-road track in Aarey forest near his house in upscale Oberoi Woods in Goregaon for weekly cycling jaunts. With vehicles off the roads, especially in mornings, the entire city became a playground for cyclists. But the pandemic opened another door.

"We wanted to try something new, so lack of traffic emboldened us to start riding towards Bandra and Colaba and beyond in South Mumbai (a distance of 30 kilometres)," he says. "Of course, I needed a new bike for that, as the one I had was an MTB, more suited for off-roading. So, I bought a Scott RC Addict that costs Rs 1.8 lakh. I have been a cyclist for some time now. There are so many more in my neighbourhood who have taken to cycling in the last few months. I would say every second household now has a cyclist."

About 500 kilometres up north in Baroda, 32-year-old Abhishek Desai is relatively new to cycling on the road. Desai comes from a well-to-do Gujarati family and helps in the family's packaging business. Unlike most others in his family, though, he is fitness conscious and has set up a state-of-the-art gym in his house. Unavailability of personal trainer during the lockdown made him join a local cycling community and hit the roads. For his first cycle in 15 years, he chose a Rs 5 lakh Italian Bianchi Ultegra.

"I am new to cycling on the road but I wanted the best set of wheels for myself. Bianchi is the oldest name in cycling in the world," he says. "It is a whole new thrill. I don't think I can go back to cycling in the gym."

Then there is 30-year-old Sonu Yadav from Gurgaon who is almost a professional at cycling for fitness, having progressed from a mid-range Hero Octane to a Scott Addict SE disc costing Rs 3 lakh in a matter of six years. He now has four high-end bicycles, for each terrain and occasion, and pedals miles at will. "It started as means of staying fit. Now it is a passion," he says. "I cycle for 12-13 hours a week. It is a matter of pushing my body and endurance level, which also means I need to keep upgrading my equipment almost every other year. The lockdown has given me more time to indulge in this."

Their reasons may differ but cycling is the latest fad for the rich and famous in India. The lockdown and the need for social distancing have restricted their options to remain fit. It is also a time when they have been confined to one city for the longest period ever. The fallout, a pleasant one at that - sales of high-end bicycles are booming.

"Demand has increased in all segments but is higher for fancy bicycles. In big cities, demand has almost doubled, and that is where fancy bicycles sell more," says K.B. Thakur, Secretary General, All India Cycle Manufacturers Association. "Urban consumers are opting for bicycles to keep fit as they want to avoid going to the gym."

Agrees Pankaj Munjal of Hero Cycles, the largest manufacturer of cycles in the country who says while the industry as a whole is witnessing strong growth, demand is strongest in the premium end of the market. "The premium category has witnessed exponential growth, which tells us that an increasing number of urban high-income consumers are opting to ride bicycles," says Munjal.

About 22 million bicycles are sold in India every year but the market has been stagnant for the last few years. Commuter bicycles, classified as roadsters or those costing less than Rs 2,500, comprise 50 per cent of the market. The rest is divided between premium or fancy bicycles that cost over Rs 5,000 that account for 24 per cent of the market and kids bicycles (21 per cent).

The super premium segment, where bikes cost upwards of Rs 30,000 all the way up to Rs 12 lakh, is a relatively small and exclusive club - annual sales are estimated at just 30,000 units per annum - but it is a segment that is growing the fastest, albeit on the small base. The profile of customers varies from avid bikers like Yadav, who have been cycling for over five years and have a penchant for performance, to upstarts like Desai who are fitness enthusiasts and increasingly looking at outdoor activities.

"During the lockdown, we have seen demand for our mountain, hybrid & fitness range of bicycles go up by more than 200 per cent. Since the past two months, demand for our 'performance bikes' has increased almost 100 per cent - these are Trek's high-end performance bikes starting at Rs 1,50,000 and going up to Rs 12 lakh," says Navneet Banka, Country Head, Trek Bikes India. "The buyers are people who have realised the importance of remaining healthy and fit. Many fitness enthusiasts have started taking up cycling as an alternative to confined environment of a gym."

Jaymin Shah, the Country Manager for SCOTT Sports India, says he sensed that bicycling will boom at the start of the lockdown and prepared his company accordingly. "The customer profile is varied, but typically would be male, in the age group of 30 to 45, mid- to high-income, someone who loves outdoors and adventure, and has made fitness a part of his lifestyle. Wed usually see sales mostly from Tier-1 cities," he says. "Once the lockdown began, and people started to look at it as an opportunity to make lifestyle changes and improve their health, we sensed it could result in more people taking to cycling."

The bikes themselves sit midway between a work of art and engineering marvel. With extensive use of carbon fibre, they are lightweight, yet strong and sturdy. The attention to detail so that the cyclist can maintain the right body posture on the frame depending on speed or off-roading, sophisticated suspension set-ups and exhaustive gear system make the machines more complex than they appear. The aim is to ensure the human body does not feel the toil of the exercise. The motive is to make cycling a habit for even the laziest bunch of bones.

"We believe the trend is here to stay. We understand they are now hooked to this great way to staying fit while having fun and enjoying outdoors with friends and family," says Banka of Trek Bikes. "In addition, cycling is a great way of social distancing, contributing to the environment and reducing congestion on roads - a simple solution to many of our world's most complex problems. Many consumers are now commuting short distances on bicycles, a huge change in mindset, which will further fuel demand for bicycles."

The companies have lined up more launches. "Well soon launch our 2021 line-up in India, which will have a complete range of road, MTB, hybrid and gravel bikes. In the future, well be looking to get more high-end trail and enduro bikes in the MTB category - SCOTT Spark, SCOTT Genius and SCOTT Ransom. Very soon, well also be launching our new Addict series, the endurance and racing range, and these would be Rs 2 lakh and above," says Shah of SCOTT Sports. "In the last few years, demand for e-bikes has been growing as well, and well be looking to get a few of those in India too."

The not-so-humble cycle is changing gears and no speed breaker looks big enough to slow it down this time.