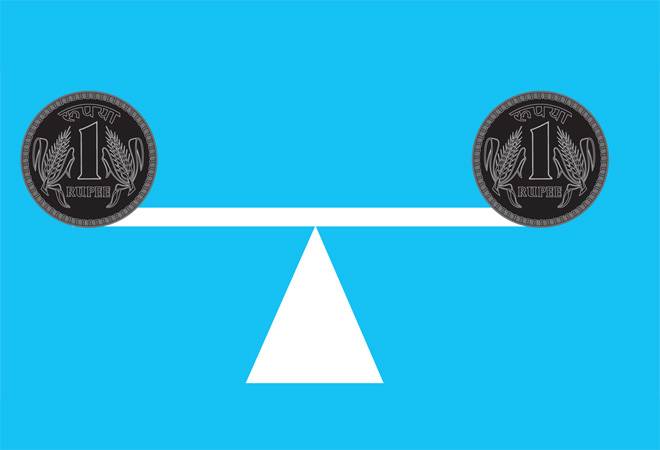 If there's one class of investors that has been buying into the India growth story despite gloom on all major economic parameters, it is Foreign Portfolio Investors (FPIs). They have pumped in over Rs 92,477 crore, on a net basis, in Indian equities since January this year. The flows have especially picked up in the last couple of months, which is driving the current rally in Sensex, which breached the 41,000-mark on November 28.

FPIs have always been extremely calculated in their India stance. The timing of their entry and exit reflects both political and economic environment. Just ahead of the general elections this year, they were net buyers to the tune of Rs 33,116 crore in equities in March 2019. In April and May, their net investments in equities were Rs 20,281 crore and Rs 9,826 crore, respectively. This massive inflow of Rs 63,223 crore in just three months was more than the inflow in any calendar year since 2015. The last time FPI inflows had crossed Rs 90,000 crore was in 2014, another election year after which the National Democratic Alliance had formed a stable government. "For FPIs, political stability is a major stimulus. Since there was a high probability of one party getting a clear majority in the 2019 elections, FPIs continued to bet big on India," says G. Chokkalingam, Founder and MD, Equinomics Research & Advisory.

But soon after the new government announced a slew of taxes in its maiden Budget in July 2019, they changed their stance. The Budget proposed a tax surcharge on the super rich. It also proposed an increase in minimum public shareholding in listed companies to 35 per cent, besides a 20 per cent tax on share buy-backs. That was the point when they began to pull out of India. "They took a cautious stand," says Chokkalingam.

FPIs turned net sellers beginning July when they withdrew Rs 13,316 crore. In all, they withdrew nearly Rs 33,700 crore from the secondary equity market from July to mid-September 2019, but it was more than made up by fresh investments by DIIs, which were net buyers to the tune of Rs 43,800 crore during the period, outpacing the sell-off. "The moment the government intervened with tax cuts, investors marked it as a genuine process of accepting that the economy is in a slowdown mode," says Siddharth Sedani, Vice President, Equity Advisory, Anand Rathi Shares and Stock Brokers.

"The moment the government intervened with tax cuts, investors marked it as a genuine process of accepting that the economy is in a slowdown mode and a lot of things need to be done for reviving it. When the government intervenes, it has been historically seen that the economy comes back with green shoots in the next 6 to 12 months and that is giving comfort to FPIs," says Siddharth Sedani, Vice President Equity Advisory, Anand Rathi Shares and Stock Brokers.

About two-third FPI investment is in large-cap stocks. "That is why broad indices have moved up while mid-cap and small-caps have been almost untouched by this rally," says Chokkalingam.

The combined market cap at Rs 7.64 lakh crore is the lowest in the last decade, indicating that mid-cap and small-cap spaces have not benefitted from the rally. "These stocks do not typically witness institutional participation and are volatile," says Chokkalingam.

In contrast, with FPIs' participation, the BSE large-cap index touched a high of 12,596 points in November. The bullishness of FPIs is currently coinciding with worsening economic indicators. India's GDP growth slumped to a six-year low of 4.5 per cent during July-September. Job cuts, rising unemployment and record low corporate earnings are also negatives. But these are not a deterrent for FPIs.

"It is a fact that the smartest investors do bargain buying and go for accumulation when things don't look good as they believe this is the bottom of the economic cycle. FPIs are clearly anticipating that the worst is over," says Chokkalingam. "The thought behind this strategy is that a pessimistic scenario is the best possible time to invest in good stocks," he adds. Manishi Raychaudhuri, Head, Equity Research for Asia-Pacific, BNP Paribas, gives other reasons why FPIs remain bullish on India. "Indian equities are one of the rare compounders in the Asian universe. India's relatively high long-term earnings growth, along with low earnings volatility, ensures this," he says. Second, ease of stock selection and availability of diverse sectors is a major positive. "We believe these factors explain why India is always a key recipient of large FII flows in any episode of FII flow revival into Asia - the present episode is no exception," he adds. "Despite the macroeconomic headwinds, we are overweight on India," says Raychaudhuri.

When FPI inflows turned positive and started moving up from September onwards, Nifty and Sensex followed suit. The Sensex breached the 41,000-mark in November, when FIIs invested a net Rs 18,151 crore.

Moreover, the global scenario is favouring equities right now. There has been an interest rate cut in the US, trade war with China is inching towards resolution and there has been a resumption of quantitative easing in Europe. With both China and the US agreeing to scale down their stringent positions, the market sentiment has got a boost.

Also, equity markets are assuming that the 'worst is over' because, in addition to an accommodative monetary policy, the government has been, periodically, announcing policy measures to address the various issues around liquidity and sector-specific challenges.

Going forward, the stance of FPIs will largely be defined by the Budget to be presented in February 2020. "They are currently not only seeing the measures being taken by the government but are also looking at the Budget, which is building up expectations of more industry-friendly measures," says Sedani.