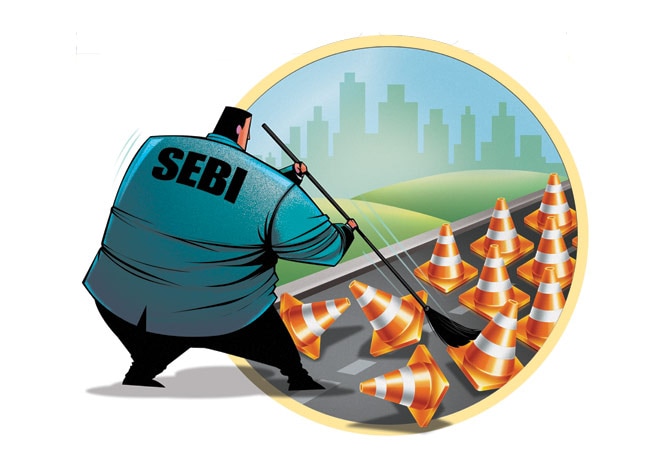 The capital markets regulator Securities and Exchange Board of India (SEBI) has made it easier for Indian e-commerce companies, such as Flipkart and Snapdeal, to raise money and get listed in India. It has simplified the framework for capital raising by start-ups.

The new norms approved by the SEBI board mandate that stock exchanges would have a separate institutional trading platform (ITP) - Alternate Capital Raising Platform - for listing of start-ups from new-age sectors. It would be in some sense similar to the London AIM exchange and Nasdaq.

It appears to be a proactive step by the regulator but the initiative is still work in progress. SEBI had little option but to open a new window for start-ups after technology companies Koovs and IMImobile listed on London's AIM exchange in 2014. "Stricter regulatory regime, need for track records, want of a better price discovery and absence of big ticket institutional investors lead certain Indian companies to overseas bourses," says Mahavir Lunawat, Group Managing Director at Pantomath, a Mumbai-based advisory firm. "Big e-commerce companies may not tap the Indian capital market but smaller less known start-ups will certainly take advantage of the new regulations."

New-economy companies can raise money from institutions and high net worth individuals on the Alternate Capital Raising Platform. "While the platform is similar to London's AIM, it has no cap on minimum promoter shareholding after listing," says Lunawat.

Some of the other proposals by SEBI include removing the cap on general corporate purposes. Its a big positive in the new norms, according to Lunawat. SEBI makes it mandatory for disclosures on the end usage of funds raised in the initial public offering (IPO ) but has eased the rule for start-ups. The regulator has also relaxed the mandatory lock-in period for promoters and other pre-listing investors to six months, as against one year earlier.

Rs 10 lakh: The minimum trading lot size on the new platform for start-ups

But SEBI's initiative appears to be half hearted and may not make a telling difference on the ground. One of the reasons is the stipulation that only those new-age companies whose promoter (along with persons acting in concert) shareholding will be less than 25 per cent after the issue can access the route. It's a blow for small companies though it does not hold for some of the big companies like Flipkart whose promoter holding is already below 25 per cent. "Let us see how companies react to the new SEBI norms. So far, we have not received any enquiry or interest from companies," says Jay Parikh, Partner at Shardul Amarchand Mangaldas, a Mumbai-based law firm.

The regulation does allow loss-making start-ups to list on the ITP and migrate to the main board in three years. But for that to happen they will have to meet the listing criteria of the stock exchange. Interestingly, in India majority of start-ups are still burning cash and meeting this criteria looks difficult. "About 90 to 95 per cent start-ups fail in India. If they are unable to make profit in 10 years' time they would automatically be delisted from the ITP as regulation currently doesn't allow companies to list beyond that years on it," says Lunawat. However, after three years of listing on the ITP, the start-ups can list themselves on the SME exchange and thereafter graduate to the main board in two years - provided they have a paid-up capital of Rs10 crore - even if they continue to make losses.

There are grey areas too. It still remains to be seen what it entails for entrepreneurs in the non-technology space. "As noticed in the discussion paper on alternate capital raising platform by Sebi, the platform would initially be applicable only to start-up companies which are in the area of software product development, e-commerce and new age companies'," says Sharanya Ranga, Partner at Advaya Legal. "An undefined term in 'start-up' companies and a vague definition of whom the proposed platform would initially serve leaves a lot to be desired in terms of clarity."

But all said and done, the new norms - even though half baked - are a step in the right direction. It allows the promoters of loss-making start-ups to dilute their stake and raise money through the ITP. Earlier, they could only list without raising capital through another ITP. However, SEBI needs to ensure liquidity on the platform. "Trading platform have not tasted success globally. In India, lack of liquidity in these trading platforms due to huge trading lot size (Rs 10 lakh) is the main reason for an ITP to be a non-starter," says Ranga of Advaya Legal.

Alternate capital raising platform is the third attempt by Sebi to incentivize small and medium enterprises to tap capital markets after the SME exchange and an ITP. The regulator will have to ensure liquidity, bringing in more participants to the new ITP, to make it an attractive fund raising conduit for start-ups.

5 technical indicators you should know as an investor