Nice But Not Great

Micromax appears to have given Canvas Knight special treatment. From packaging to the device itself, everything seems impressive.
Print Edition: April 2014 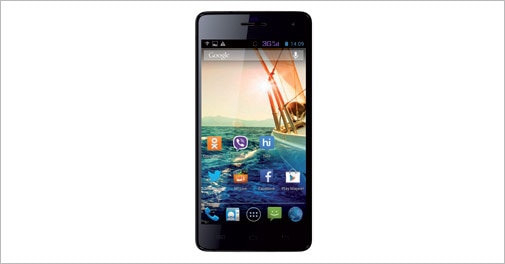 Micromax appears to have given Canvas Knight special treatment. From packaging to the device itself, everything seems impressive. Usually, all Micromax phones used to have similar packaging. This time, it is quite similar to the iPhone 5c packaging - we have a rectangular plastic box with accessories, documentation and the phone.

The Canvas Knight has a glass and metal body that looks very similar to Sony Xperia smartphones. There is glass at the front, curved edges on the sides and a camera module on the top at the back. While the five-inch, full HD display feels good to look at, it also is a fingerprint magnet. But looks alone can't save a phone from its shortcomings. With Android KitKat (4.4) being the latest version of the operating system, the Knight still runs on Jelly Bean (4.2). It is powered by a 2GHz true Octacore processor built on MediaTek chipset.

While the basic functionality of running apps and switching between a few seemed smooth, there was a noticeable lag while playing heavy graphic games. Micromax has tweaked the user interface but I soon got a hang of it. For those who won't, they can always install a third-party launcher. The phone comes loaded with apps such as BBM, Hike, True Caller and Kingsoft. The device is equipped with a 16MP camera that clicks sharp images during the day. But the performance was poor at night. The smartphone packs in a 2350 mAh battery that struggled to last one full day.

Bag it or junk it: At this price, you have many better options to choose from.

Gionee E7 is a good phone but expensive