BAG IT OR JUNK IT? By far the best Windows Phone in town.

The wait for the first Windows Phone from Nokia ended with the release of two devices. We reviewed the Lumia 800, a gorgeous smartphone. Available in black, cyan and magenta, it has a curved 3.7-inch glass AMOLED display that gels smoothly with the unibody design. The Power, volume control and camera keys are in silver metal placed on the right edge with the charging jack. The microSIM slot is neatly covered with a lid. Complementing the outer design is the Windows Phone platform with its Metro UI. The customisable tiles on the homescreen with the app menu is similar to any other Windows Phone device. But thanks to the tie-up between Nokia and Microsoft, users get the best from both worlds.

Onboard apps include Nokia Drive for navigation, App Highlights for recommended apps by Nokia, Nokia Maps, Bing Maps, TuneIn Radio and timesPoynt, to mention a few. Starting the phone prompts you for a Windows Live ID for downloading applications and SkyDrive for data storage and the Nokia account. Typing using the onscreen keyboard is a pleasing experience and all communication appears under a single hood. Users can update their status on various sites from the 'Me' tile that appears on the homescreen and check friends update and post comment from the people hub. The Office app addresses the issue of downloading a third-party documentation app and lets one read and edit documents on the move.

The sound output is impressive, as is the video playback. However, the 8MP camera isn't the best and captures average images only. The phone's smooth functioning is due to the 1.4 GHz processor and 512 MB RAM. However, there are a few drawbacks. The onboard memory of the smartphone is a measly 16 GB and it doesn't support a memory card for expanding memory. The applications available for Windows Phone Mango are very few in comparison to those for iOS and Android. Another drawback of the Windows Phone platform is one its inability to transfer content over Bluetooth. The battery backup too is just about average.

BAG IT OR JUNK IT? Good, but is up against the Samsung Galaxy S2.

STANDING TALL AND BOLD: It was commendable for the BlackBerry Bold 9900 to integrate capacitive touch with a QWERTY keypad in a bar design. Walking in its footprints is the Bold 9790, which is priced lower than that phone. The 2.45-inch capacitive touch display comes handy while launching the app tray, applications and scrolling through emails and messages. The rest of the phone is easily operated using the keypad and the regulars - call receive/end, back, menu and mouse pad. What we found attractive about the design was the curved shape of the corner keys, almost melting into the metal bezel.

At first you might miss the volume controls and the camera key on the right edge as the keys are really very sleek.The only colour in this black beauty comes from the liquid graphics of the BB OS7. The app launcher tray had various categories- all apps, favourites, 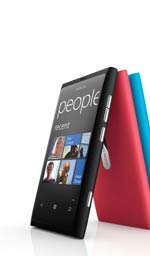 media, download and frequent. Emails, web browsing and BlackBerry Messenger worked smoothly over the smartphone. The call clarity was good, the sound output of the media player too was okay. The 5 MP camera sensor at the back is superfast but good only in daylight. What disappointed us was the VGA resolution video recording, whcih is good enough only for the phone's display. It also has a good battery backup of 1.5 days.

BAG IT OR JUNK IT? An interesting combo of features and fitness, but is priced on the higher side.

ON FITNESS MODE: Just when we were getting tired of the typical Android device, Sony Ericsson combined the concept of fitness with a smartphone and came up with the Active. Sporty looking, the Active has been engineered to withstand water and dust. For this, the company has given it a scratch resistant, 3-inch capacitive display along with two layers of cover at the back. The charging port and 3.5 mm jack are neatly covered with air-tight lids.The phone has accessories such as changeable rear covers, a rubber wrist strap and an arm case and ear-hooks.

The Active successfully survived a water test and sweat test during a workout. It also has fitness applications on board. The Walkmate application, when launched, keeps a count of the daily footsteps while showing the weekly average. It also comes with the iMapMyFitness+ application using which you can create a profile and record workout and calorie budgets, etc. Along with the fitness apps, it behaves like a typical Android smartphones by handling Google mails, Search, MarketPlace for download applications, etc. There is a 5MP camera onboard that manages to capture decent images.

BAG IT OR JUNK IT? The attraction is the price tag, not the device itself.

A BUMPY CURVE: In the effort to strengthen its market share in India, Research-In-Motion has recently launched a new set of devices. Of the three, the Curve 9380 is yet again an all-touch device that has ditched the QWERTY keypad. The 3.2-inch capacitive display is bright and easy to navigate around. Although typing using the onscreen keypad has improved drastically, we still ended up typing wrong alphabets. Powered by an 800 MHz processor, it comes with 512 MB RAM and runs on the BB OS7.

It smartly handles personal and official email accounts and the social networking feed brings all Twitter and Facebook updates under one hood. However, for data connectivity-be it for email or browsing-the user has to subscribe to a special data plan. Wikitude, a mobile augmented reality application, comes pre-loaded on this device. And for backing up data, the BlackBerry Protect is onboard. It can come handy while switching between two BlackBerry smartphones. At 98 gm, the new Curve is really very easy to carry around. It quietly slips into the pocket and is equally comfortable to hold in the hand. A number of BlackBerry smartphones have the Near-Field Communication (NFC) chip and a 5MP camera at the back, and this one isn't an exception. As for the battery backup, it is decent and goes through a whole day.

BAG IT OR JUNK IT? At this price, the LG Optimus 2x is a better bet.

THE S FACTOR? Sony Ericsson's Xperia Arc was one stylish feature-packed phone. The Xperia Arc S is its beautiful successor. But will it manage to hold its own against the excellent devices in town? The design of the original Arc was well appreciated by the market and Sony Ericsson was prudent enough to retain the same curves and lines. The metal bezel running around the corners has controls and jack, making it stand out against a body colour like black.

The 4.2-inch capacitive display in a sleek casing was comfortable to use and to slide into the pocket. So, what's the difference between the Arc and the Arc S? The company has pumped up the processor power from 1 GHz to 1.4 GHz. As a result, there is a notable difference in the speed of operations. The camera shutter lag has decreased and photography gains. Even switching between the apps or browsing through the images is relatively quick. Once again, the 8 MP camera manages to do a great job and videos can be captured at 720p resolution at 30fps. But, the Arc S feels slow in comparison with phones powered by dual-core processors. Battery backup, at 1500 mAh, manages to last a day on above average use. 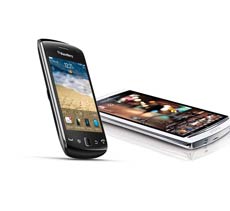 BAG IT OR JUNK IT? Beautiful, feature-rich hardware

TEMPTING BUT EXORBITANT: The much awaited smartphone of the year, the Apple iPhone 4S, was launched in October. Within two months, it reached India-but at a hefty price tag of ` 44,500 for the base 16 GB model. We know what you are thinking: is the iPhone 4S really better than the excellent iPhone 4? The Apple iPhone 4S looks exactly like the iPhone 4 and there is no way you can differentiate them from their appearance. But under the hood, the iPhone 4S is a completely new phone. The first big inclusion is Siri, the intelligent voice assistant. This is an integrated app that understands the voice commands and responds accordingly. It worked well for me when adjusted to English (UK). From dictating text messages to browsing the web to checking weather, it responded well. But at times, it did respond saying,' I cannot understand what you are saying'.

When asked to look for restaurants nearby, it replied saying 'I can only look for business in the United States'. We don't blame Siri as it is still in the beta stage for many countries, including India. Unlike the iPhone 4 that had antenna issues, there were no call drops on the 4S. The call clarity was superb. Even with a single-core processor, the iPhone 4 never felt slow, but Apple is joining the bandwagon, having put an A5 dual-core chip in the 4S. This made it quick and responsive. Apple has also replaced the 5 MP camera with an 8MP one. The quality of the images captured is superb; it even comes with an HDR mode for special images. The 4S is undoubtedly the best camera phone around. Also, the 1080p video capture is stunning. Although, the iOS5 is available for upgrade to the iPhone 4 and iPhone 3GS, it comes pre-installed on the 4S and provides access to iCloud for storing data on the cloud, Twitter integration, notification bar and alerts, camera key on the homesceen, etc. Overall, the iPhone 4S is among the best phone but it is the price that will deter many enthusiasts from buying it, at least in India. Tip: Buying a 4S in India isn't a great idea. Consider getting one from the US, UK, Hong Kong or Singapore. But unlike other Apple products, iPhone doesn't come with an international warranty.