Flows Into Non-dollar Assets Should Be Positive for EMs

If emerging markets can get their policy and rule of law act together, they will become a long playing bull market
Shankar Sharma | Print Edition: February 21, 2021 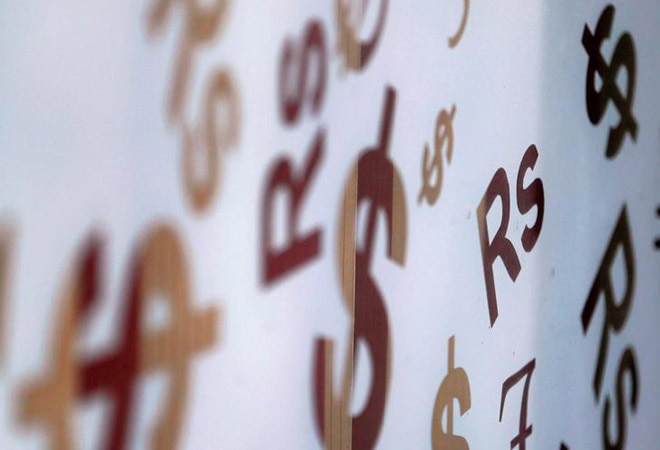 It is important to take a look at the global stock market landscape from a distance. At least once in a while anyway!

And if you step back and take a 30-year view, one thing towers above the rest - that American stock markets have delivered returns far in excess of any other market. Japan had its decade in the eighties and flamed out spectacularly thereafter. Europe has been in a muddle for a very long time. And then, the much-vaunted emerging markets which, as an equity asset class, have been disappointing. They had a bit of a time from 1995 to 1997, before the Asian crisis hit with a savagery that is hard to imagine today. Stock markets fell massively. Some emerging market currencies fell 90 per cent! After that, markets went into a hibernation for years. Right till 2003-04. From 2004, a new phenomenon started taking shape. The US dollar started weakening. Slowly at first. Then it became a rout.

And thus began an amazing nearly six-year bull market in emerging markets. The weakening dollar led to a flood of capital leaving America for non-dollar markets. Within this space, emerging markets offered the most enticing proposition. We all know the story: relatively higher growth, generally higher savings rates, harder working population, younger population, and so on.

The weakening US dollar also created a massive bull market in commodities. Gold, copper, aluminium, oil, almost every commodity you could name, experienced a massive bull market after years of slumber. For example, gold had seen a high of around $800 in the eighties. It took out that high a good 16 years later. Steel prices, which had gone nowhere for 25 years, rose several times. Emerging market companies were flooded with cash from western investors. With this war chest of almost free money, emerging market companies went shopping for global marquee names. Remember the acquisitions of global names by Indian companies? It was almost a new dawn for emerging markets that would never see sunset. In cocktail parties across Mumbai, the talk was how India in particular would dominate the world in the next 10-20 years. "India is a runner without shoes. Imagine how far and fast it can run when it gets a pair of shoes" was a famous line by a famous investor in Indian stock markets. And we all started to believe in invincibility of India as well as emerging markets as a whole.

An American investment bank then cobbled together a heterogeneous group of countries, with absolutely no similarities, into a neatly shrink-wrapped thematic story called "BRICs". A scenario of permanent growth made on a spreadsheet showed these four countries would overtake America on practically all parameters by 2050 or some such year. No speed bumps of any kind were forecast. In fact, no talk of speed bumps was even tolerated. The mood was extremely self-congratulatory. Then came the 2008 crisis.

However, even through the 2008 and 2009 crisis, I was extremely hopeful, and there was talk among economists and market commentators worldwide that emerging markets would decouple from American markets and economy and would keep growing while America struggled.

Well, the emerging markets did decouple. But not in the way that people had anticipated.

From 2010-11, a massive bull market started in America, triggered by American technology companies, and an overall boom in consumption: Netflix, Dominos Pizza and several such companies became global household names from 2010 onwards. Emerging markets started to look like 'over the hill' ageing markets without any technology or management skill to rival American companies. This image was not entirely misplaced. America took over the technology leadership from emerging markets, barring one, China.

Years 2012 to 2015 saw the emergence of Chinese technology companies led by Alibaba. This started a massive global tech leadership battle between the two super powers, America and China. The rest of the world stopped mattering in this technology arms race. Then came the pandemic in 2020.

In one year, China narrowed the gap between itself and the rest of the developed to world to almost zero. China is the only major economy which is growing this year as opposed to contraction in practically all other major economies. The impact of this cannot be underestimated. If advanced worlds GDP was 100 at the beginning of the year and became 90 at the end of the year, while China's was at 90 and became 95 by the end of the year, you can begin to see how impactful 2020 has been for a global power shift.

Another piece of data is extremely illuminating. In 2020, roughly 900 companies from emerging markets delivered returns in excess of 50 per cent. Of this, nearly 80 per cent belonged to a single country, China. In many ways, China now is America's sole rival in the technology space, and in some cases, it might be even ahead.

In this backdrop, how does the global equity landscape look? For one, the US dollar has seen dramatic weakening this year, and that has sparked a boom of sorts in commodities. Industrial commodities like copper, iron ore, steel, aluminium have been soaring. As a result, commodity producing countries like Brazil, Australia and Russia have been enjoying a very strong stock market performance. Overall, money flows into non-dollar assets should be very positive for emerging markets. India has always been a major recipient of global flows. It has always been naturally attractive to foreign investors because of its demographics and legal system. It is another matter that very few foreign investors have made any reasonable money in India and the legal system has left much to be desired with frequent policy changes in middle of business plans, judicial activism which has brought catastrophe for several industries and perception that policy in India is driven by a handful of domestic companies which control all the levers.

In a lot of senses, the problem with India is reflected across the emerging markets spectrum. Witness the high drama around last-minute withdrawal of permission to Ant Financials IPO, all because Jack Ma called Chinese banks "pawn shops" or some such thing! This is the kind of thing that has continuously weighed down on emerging markets despite their inherent attractiveness. Imagine that if someone like Jack Ma can be subjugated in this manner, what hope does a foreign company have in any emerging market of expecting a level-playing field? What is also interesting is the underperformance of Chinese stocks from the day Ant's permission was withdrawn. The markets have read it, and probably rightly so, that no company or group can be allowed to become so powerful that it can criticise leadership of that country, and if it does so, rules can be arbitrarily changed overnight and the group brought to its knees. We have seen this across emerging markets, without exception. This trend has been accentuated in the era of strongman politics where rule of law has taken a backseat in most countries and only people perceived to be close to the power centre sit at the favourable end of the policy seesaw.

We can only hope that in this second coming of emerging markets, policymakers have learnt from past mistakes, and ensure that rules are not arbitrary and fast changing so as to act as a dampener for long-term capital budgeting and planning. If emerging markets can get their policy and rule of law act together, they will become a long playing bull market.

The sobering thought is that over the past 10 years, emerging markets have delivered precisely zero returns: the Dollar ETF for Emerging Markets, EEM, is yet to take out its 2007/2008 highs! There can be no bigger indictment of emerging markets than this.

We, as Portfolio Management Services companies, can only hope and pray that this time the emerging markets movie has a different ending from the previous one.