The Rupee and your investments

Currency movements can affect your returns when you invest in international funds and commodities. How can you play it safe? 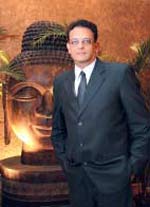 Ramchandran Krishnan/
For some time now, Indians have been warming up to the idea of investing overseas and diversifying their portfolios across geographies. Over the last few years, many international mutual funds were launched to cater to this growing market, which has a combined asset-size of Rs 6,598 crore. Besides, Indians already have a big appetite for universal commodities like gold and silver. And many investors are also increasingly dabbling in commodities such as crude oil and copper. While this is good for your portfolio as it gives you the benefit of diversification across asset classes, and across geographies, it also exposes you to the vagaries of the currency movements. In recent times, rupee-dollar rate has gained significance because of the rapid decline of the Indian currency against the greenback since the beginning of this year.

Says Ramchandran Krishnan, Director and Chief Investment Officer, Barclays Wealth: “When you invest overseas, a part of your returns is linked to currency movements. You can’t be indifferent to these fluctuations.”

Click here to Enlarge
The Rupee factor
Currency movements can adversely affect your returns even if your underlying investment has performed well. Here’s how the rupee movements can make a dent on your returns: Suppose, you invest in a US company that pays a dividend in US dollars. Also, assume that during the time you are holding the stock, the US dollar appreciates against the Indian rupee by 10 per cent. If the US-based company declares dividends, it will now be worth 10 per cent more in rupee terms, due to the appreciating dollar. Even if you assume that your company declares no dividend and its stock price remains constant during the same period, you will be richer by 10 per cent in rupee terms. Any appreciation of the foreign currency of the country that you are invested in increases the rupee rate of return. Likewise, any depreciation in the currency of the country that you are invested in, will result in a loss.

Since the beginning of this calendar year, the dollar has appreciated 23 per cent against the rupee as the demand for dollars has increased. Foreign investors began to sell their holdings, and higher crude prices forced oil companies to buy more dollars to fund their imports and repatriate their investments. Had you invested in a dollar-denominated investment (assuming its capital value was constant), your investments would have appreciated in rupee terms in the same period.

But, of course, predicting where the rupee will go against the dollar is a tricky business. Yet, the basic tenet about investing in other countries or international commodities, apart from the fact that the assets should have a strong future, is to be invested in an appreciating currency. If the rupee is going to be strong against the US dollar, it’s better to remain invested in rupee assets such as local stocks.

Lakshmi Iyer
Twin-edged gains
If you invest in commodities that have universal demand like gold (either in physical form or through an exchange traded fund) or silver, your returns are linked not only to the price of the underlying asset but also to the rupee-dollar value. A depreciating rupee will increase your rupee returns on your gold investments. In fact, many investors have gained despite a fall in the price of gold. While the price of gold decreased 12.3 per cent from $846 per ounce on January 1, 2008 to $730 per ounce (London PM fix) on October 31, 2008, the rupee price actually increased from Rs 33,389 per ounce to Rs 36,136, due to the decline in the rupee against the dollar as per statistics from the World Gold Council.

But not many Indian investors are following the price of gold in international markets or comparing it to the rupee-dollar movements. That’s because Indians have held a traditional fancy for gold that extends beyond just investments—it’s also a sentimental buy. Besides, many Indian buyers are sensitive to the rupee rate of gold. Says Lakshmi Iyer, Head, Fixed Income & Products, Kotak Mutual Fund: “There’s a rupee correlation for gold prices. But Indians buy gold more due to its sentimental value. At very high prices, there’s a stiff resistance to buying gold.”

mosimage The overseas game plan
Overseas mutual funds, on the other hand, are mostly dollardenominated, and, hence, their returns are linked to the rupeedollar movement. While there has been a global sell-off in emerging market funds, international funds, too, were affected in the financial meltdown. But a back-ofthe-envelope calculation suggests that in the last one year (till November 3, 2008), the average returns of international funds (with an exposure of over 65 per cent in the overseas markets) were down 43 per cent. This is despite many foreign stock market indices being harder hit, when compared to the Sensex, which is down 47 per cent over the same period. The downside was in part cushioned by the dollar appreciating against the rupee.

The rupee-dollar rate may remain volatile till the global economic situation stabilises; so, investors will do well to keep an eye on the currency market. Savvy investors, particularly high-net worth investors and those who are clued in to currency movements, can also take a hedge against the dollar in the Indian market—which were recently allowed in the country— although currency futures is for the moment restricted only to the US dollar. Says Krishnan: “If you are comfortable with a currency, then you may want to take a hedge.”

However, investors should put on hold investments in foreign equity or other assets such as real estate for now. Says Krishnan: “The global slowdown will affect the performance of overseas asset classes. Investors can look at other emerging markets instead.”

Over the next few months, the currency markets could become more volatile as the global economy goes through the after-effects of the financial crisis. Your portfolio may not necessarily be directly affected if all your assets are denominated in rupees. If you have gold and other overseas assets in your portfolio, keep a close watch on currency movements, unless you are extremely confident of your asset class.

The paradox of rupee returns
How rupee fluctuations affect your investment.

• If the rupee falls in value, the rupee returns on commodities such as gold increase, (assuming that international gold prices remain constant)

• If the rupee appreciates in value, the rupee returns on gold decline

• An investment in overseas assets will fall in value if the underlying currency depreciates, and investors will tend to lose out

Down, but not out