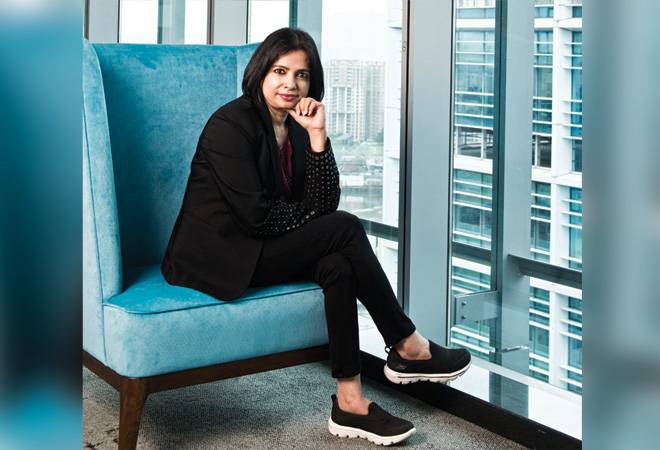 Jyoti Deshpande had a meeting with India's richest man Mukesh Ambani about a year-and-a-half back. Ambani wanted her to head the content team of Reliance's digital play. She says he gave a "powerful brief" about his content plan for mobility and broadband services. The scope of the job was such that she couldn't resist it. Ambani's advice to her was to join the team with the mindset of an entrepreneur.

The 48-year-old Deshpande, President-Media & Entertainment, Reliance Industries (RIL), heads content business, which includes aggregation and co-creation of movies, Web series, music and other long and short form of content across 11 languages. She created a team of 100 people under Jio Studios; and is also on the board of JioSaavn, RIL's online music streaming service, and broadcasting arms Viacom and Network 18.

Jio Studios has produced two commercially successful movies recently - Stree and Luka Chuppi. Stree was a successful experiment: it was produced at a cost of about Rs 15 crore, but grossed Rs 150 crore. Besides co-productions, the Jio platform is an aggregator of global content, says Deshpande.

With so many moving pieces, it is a challenge to work closely with various teams and put everything together in a short span of time. Deshpande believes that motivating the team and empowering the people will get the best results. As for herself, Deshpande has been practising vipassana for the past six years, which helps her stay grounded even as she climbs up the ladder and challenges increase.

"I grew up in a middle class family. My father was my hero. Appa (father) always told me to focus on what I can do. He believed that 'unthinking' a negative thought won't be possible. So he taught me to replace those with positive thoughts. I have lived my life like that and it has served me well," she says.