For Pramod Bhasin, the magnificent plains of the Serengeti and the Masai Mara and their herds of animals are unparalleled 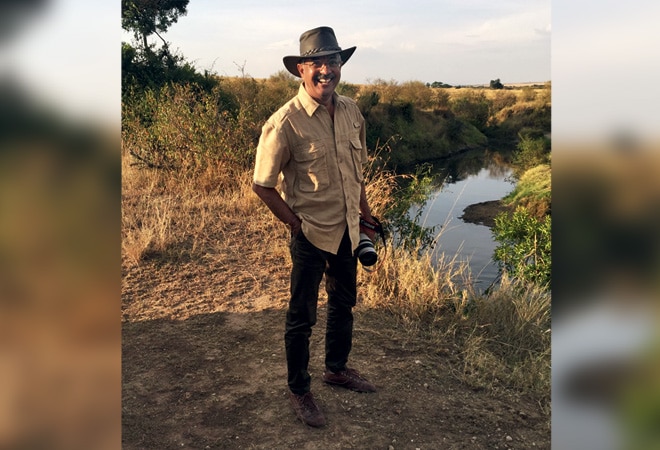 "It's not the strongest that survive, nor the most intelligent, but those who are most adaptable to change." Pramod Bhasin, Founder of Genpact and current Chairman, Clix Capital, quotes Charles Darwin to drive home the lessons learnt from wildlife. Bhasin's African safari of over 20 years is the main reason behind his interest in wildlife photography.

For him, the magnificent plains of the Serengeti and the Masai Mara and their herds of animals are unparalleled.

The animals are astonishingly beautiful in their diversity and movements, with birdlife being an entirely different world, says Bhasin. In fact, his passion for wildlife photography has landed him in dangerous situations more than once. "We have travelled across Africa - Kenya of course, which has some of the best viewing and camps, Tanzania, Botswana, Zambia, Zimbabwe and Rwanda ( for the gorillas). They are all amazing in their own right. Our last trip to Mahale on Lake Tanganyika, where no vehicles are allowed, to see the chimpanzees and then swim in the mile-deep lake, was one of the best we have ever done," he adds.

It was on one of those trips that Bhasin was charged by an elephant while taking his photograph on a lake bed. He also ran into a pride of lions while walking on a safari, to the Chimps of Mahale. "Every day is a new event on the safari," he says.

A Spreadsheet for Cupcakes