Closer To The Roots

Relli picked up an interest in cooking in his teens while making, as he says, an improvised version of Maggi with some vegetables 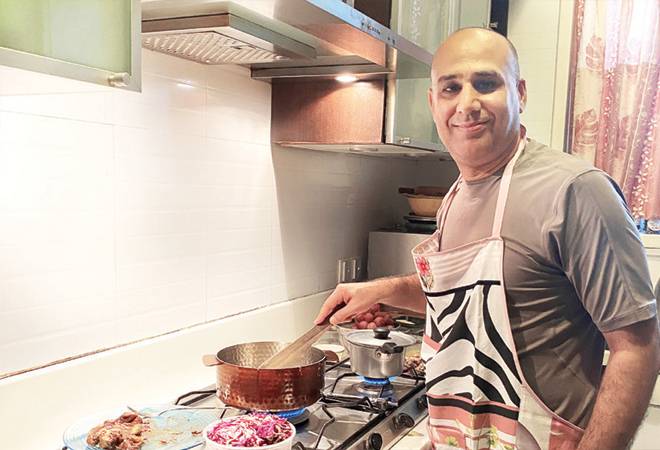 Stock markets have been on a roller-coaster ride since the coronavirus outbreak, but for Dhiraj Relli, Managing Director and Chief Executive Officer, HDFC Securities, the situation is all about opportunities and learning new things. Relli has been trying out different dishes while keeping an eye on markets.

Relli picked up an interest in cooking in his teens while making, as he says, an improvised version of Maggi with some vegetables. "Over a period of time, the dish became so popular among my acquaintances that I remember cooking it at many places. It was great fun," says Relli, who studied chartered accountancy and has an MBA degree. His love for cooking intensified later when he started watching MasterChef Australia with his daughter.

Relli cooks on weekends, but it also depends on his mood. "Sometimes, I cook during weekdays, as it helps me unwind after an extremely demanding day in office," he says. He initially started making simple dishes such as salmon and chicken curry, and later developed expertise in many non-vegetarian and even exotic vegetarian dishes. "It is almost an event when I cook," says Relli, whose firm provides an online platform for buying stocks, mutual funds and other instruments.

Cooking is therapeutic for him. "It is a great creative way of getting away from the daily grind, refocusing and getting back to work with a fresh perspective," he says, while adding that cooking, just like management, is about trying out the winning combinations. "You have to keep using your brains to figure out what works and what does not," says Relli, who also faces a similar challenge while picking stocks for clients.