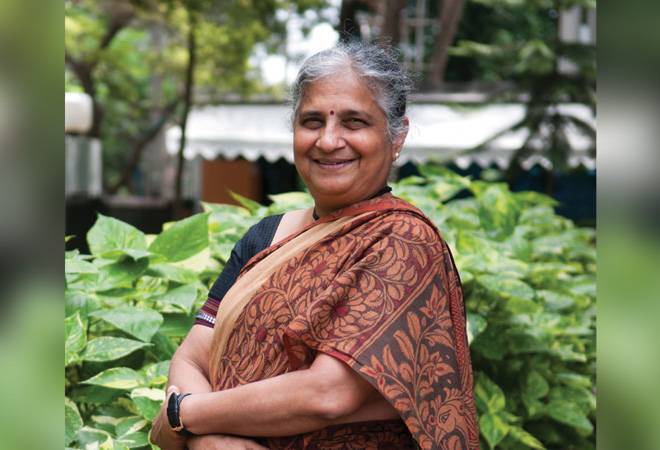 Fiction, childrens books, memoirs are just some of the repertoire of 34 books Sudha Murty, Chairperson of the Infosys Foundation India, has authored in Kannada and English. Her next book is a set of three called 'The Gopi Diaries' for children based on a dog called Gopi. The first of the three 'Coming Home' is expected to be out in the market later this month. Her books have sold over 30 lakh copies till date.

Of the 34 published books, 23 are in English and 16 are Kannada originals (some Kannada books have been translated to English). Nine of these are children's books. Murty says that right from her early student days, literature and writing were magnets.

Interestingly, she started writing in English at the age of 52. Some of her best selling and appreciated titles include Mahashweta, How I Taught My Grandmother to Read and Other Stories, Wise And Otherwise: A Salute to Life, Three Thousand Stitches: Ordinary People, Extraordinary Lives. One of her Kannada novels was turned into a Marathi movie 'Pitruroon' and 'Dollar Sose' was turned into a Hindi television series 'Dollar Bahu'. Sudha Murty is also the recipient of R.K.Narayan Award for Literature (2006), Padma Shri (2006), Attimabbe Award from Karnataka Government for excellence in Kannada literature (2011). That's quite a literary achievement for someone with a master's degree in electrical engineering from the Indian Institute of Science, Bangalore.

India on a Platform

A Matter of Taste