The Marathon Runners of Hyderabad

The 67-year-old Krishna Prasad Chigurupati, along with his wife, holds the record of being the only couple to have participated in marathons in both North Pole and South Pole, in the same year 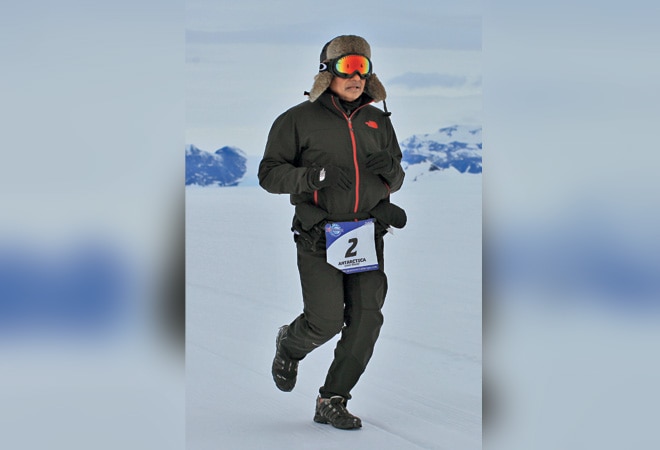 Krishna Prasad Chigurupati, Chairman and MD of Hyderabad-based pharmaceutical company Granules India, has a distinction not many top executives of Indian firms, or even global firms for that matter, can lay claim to. He holds two Guinness world records in marathon.

"Flying from one continent to another, starting from Antarctica, all in seven days... if you miss a flight, everything would have gone. Logistics was also very crucial. We were 11 people from 10 countries, doing this for the first time in the world. Out of 10 countries India had two people - me and my wife. All other countries had one each," says Chigurupati.

Rigorous practice is needed to be successful in such gruelling marathons, he adds. "Even before I went to Antarctica I was practicing in cold areas, cold countries. Then we did some marathons in the Gobi Desert and in the Atacama Desert in high elevation. All these were training for us. We never did marathons in cities, only in rough terrains. Other than business, this is something that I am really proud of," he adds.