'We are doing what we need to do: fixing legacy problems'

RBI Governor Raghuram Rajan tells Money Today why the doors to further rate cuts are "not shut", expressing hope that the government is better placed this time to tackle the fallout of a bad monsoon.
Print Edition: July 5, 2015 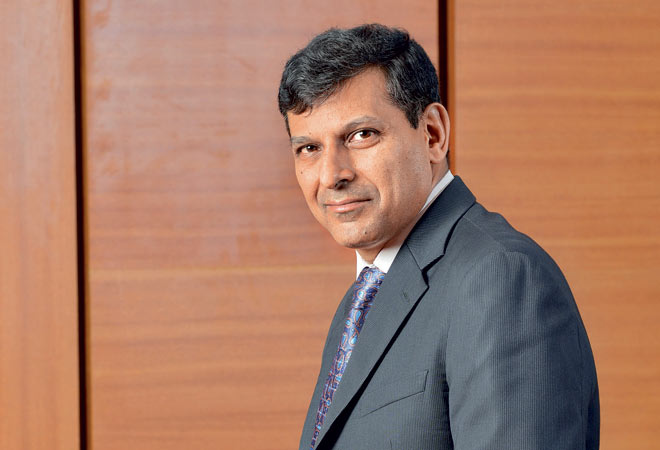 On June 2, RBI Governor Raghuram Rajan cut interest rates by another quarter per cent, but he also highlighted some risks to the economy especially emanating from a possible weak monsoon. The commentary spooked the markets and the Sensex shed over 1,000 points in two days. On June 3, Rajan spoke candidly to India Today Group Editor (Business Television) Vivek Law on why the doors to further rate cuts were "not shut", expressed hope that the government was better placed this time to tackle the fallout of a bad monsoon and explained what India needs to do to fix its economic problems. Excerpts:

Law: You recently talked about unrealistic expectations from the government and compared it to the arrival of "Ronald Reagan on a white horse". Do you think it is the same when it comes to you and the RBI as well?

Rajan: (Laughs) Well, expectations are what they are. I have continuously tried to make the point that our job is one of creating a framework of confidence - in the rupee, in inflation, in macro stability, but we can't lead the charge for growth. We can help with some structural reforms, that is why we announced we would be able to license payment banks or small finance banks by the end of August, but the charge has to be led by the private sector, by the public sector, by the government as they make investments, as they create growth. Ours is about creating the environment and we create the best environment we can given the various trade-offs. Every group looks at it from its perspective. The industrialists look at it from the perspective of what it costs them to finance. They forget about the fact that there is another group, which is that of the saver, that is trying to see whether one can get more than inflation by putting his money in deposits. We have to balance the two. And people don't understand that this is all a balancing act.

Rajan: As we deal with some legacy problems of the past that have built up over time, growth will pick up. I think it is in the process of already picking up. But more work needs to be done, we are not finished. We need to unclog some of the projects that have got stuck; there is responsibility for the government, for the promoter, and for the banking sector.

Law: Are you disappointed with the pace of growth on these measures?

Rajan: You can't work more than 24 hours a day. I think there is a lot of work going on. We have to work within a system. It is a good system. It's good that we are a vibrant democracy, it's good that there are checks and balances, but within the system we have to move forward and that has a certain pace. The other important thing is that as we become a more developed economy, we need to build institutions. That needs both time as well as realistic expectations that we can't continue along the seat-of-the-pants-policymaking that we used to in the past. There has to be a little more direction, substance, framework. For example, as we move towards focusing on inflation, we are trying to put out our forecast, we are trying to say what we are going to do given our forecast, but there is always this constant debate that you should junk your forecast and energise growth because growth is very weak. Yes, growth is very weak but we also have an inflation mandate that we have to respect and we are trying to do the best.

Law: The market wanted the rate cut, you gave it. The forecast didn't look very pleasant. The message was that there are going to be no further rate cuts this year. Is that a correct reading?

Rajan: I think that's incorrect and what we said precisely was that given what we believe is our best estimate of the future, we are just going to be able to meet our inflation goals by the end of the year. But there are lots of uncertainties, we pointed to three big uncertainties. One is the monsoon, its strength, but more importantly, administrative reaction to potential weak monsoons. And it can make a world of difference if you have a weak monsoon and you have an appropriate policy reaction. We have included some reasonable estimates, but if the action is very vigorous or the monsoon is stronger than what is forecast, that will certainly create more policy room for us to act. Similarly, oil prices are a big factor, they have come up quite sharply. We do think there is an upper band on those prices and if they go back down because there is a sense that there's excess supply in the market, which was the first reason it went down, it would potentially give us more policy room. And similarly with the external environment.

Law: So are you saying a 'shut door' is not correct?

Rajan: It's not a shut door, it's a contingent statement.

Law: What is your outlook on oil? How severe is the risk of any kind of a bounce back?

Rajan: The fundamentals of the oil market which basically say that shale production has increased substantially, that shale investment can be done at very short notice, the shale drilling areas that have been shut down can be brought back quite quickly if the oil price exceeds $70 a barrel or so - that is the sense I get from market participants, which means that there is a ceiling on oil of about $70 and that is what we have taken into our estimates. Now there is no flow. If there is more flow and the global economy continues to be weak, this could weigh on oil prices. And you could see movement downwards also. The unknown is geopolitical risk. What happens if there are developments in Iraq because of ISIS, developments in Libya?

Law: You have cut interest rates but it's about whether those cuts are actually passed on to consumers. They don't seem to feel that. Have things changed on that front?

Rajan: They are being slowly transmitted. We are seeing interest rates coming down. The banks are starting to play a part. Over time, transmission will increase as competition from the market increases. What we are trying to do is examine whether our policies in some way are constraining any bank's ability to do this, including the base rate policy. My hope is that we move towards a more market-based benchmark over time, so first move towards marginal cost pricing, then market rate benchmark and eventually get out of the business of telling banks how to determine their rates. Let them determine their rates based on competition.

Law: What's your vision in terms of what this country needs to do to get back into the position that it probably deserves in the global economic order?

Rajan: In the short run, we are doing what we need to do: fixing legacy problems which were coming in the way of stronger economic growth. Now, these legacy problems come from development itself. Think about the whole debate on land acquisition. It's because a lot of land has to be acquired in remote areas where a lot of the population is tribal, doesn't have a strong ability to defend some of its rights that we have had this back and forth between giving them forest rights, tribal rights and then finding that we need to also set up mines while respecting those rights. How do we do that properly? It's churn in a democratic society. So we are trying to deal with some of those problems. In the longer run, we have to institutionalise in a reasonable way how we deal with these problems and make these institutions function properly.

Law: Do you believe the SARFAESI (Securitisation and Reconstruction of Financial Assets and Enforcement of Security Interest Act 2002) hasn't worked as the alternative to creating a robust bankruptcy mechanism?

Rajan: You know SARFAESI and other related laws are functioning with respect to the small guy, sometimes, some people would allege, a little too harsh. The problem is that they get stalled when it comes to the big guy. Therefore, what we need to do is have a decent bankruptcy system which operates in finite time and acts as a shadow so that if you don't pay your bills, there is recourse for the lender through a bankruptcy system. In most countries, if you can't pay your bills, debt essentially becomes the owner. In this country, if you can't pay the bills, it becomes the starting point for negotiation with your creditors rather than your creditors owning the firm. Equity has a very strong right in this country and the question we have to ask is with the multitude of entrepreneurs we have going forward, is that an appropriate starting point? That's why the bankruptcy code which the finance ministry is thinking of bringing into place will become important.

Law: What are your suggestions to the government to fix problems?

Rajan: I think the government knows what the issues are, it is working on them. I think the stalled projects would be important. We are for the first time producing plenty of power but it's not going to the consumers because power distribution companies cannot pay for it. So we had a restructuring of some power distribution companies, we need to examine whether that's functioning as well as it should. And for the ones that didn't get restructured, what we need to do. The issues of cleaning up bank balance sheets is quite important to reposition the banks for growth as demand for credit picks up.

Law: Do you fear capital flows out of India?

Rajan: Yes and no. FII inflows into equity have been more stable than FII inflows into debt. I think unless there is a deep change in fundamentals, people will make appropriate decisions after an initial bout of volatility. So I am not too worried that the US decision will collapse our markets. Our markets will react like every other market, but I don't think that after the initial bout of soul-searching investors will stay away. They will come back if we create fundamentals. That's why my point again and again has been let's create the fundamentals for sustainable growth. In this the primary aim is to create structural reforms which incentivise our people to grow. The fake way to do this is to assume away the problems and pretend the world is glorious. Let's tackle our problems head-on. And if we do that, I have no doubt that we can reach double-digit growth and above.