The Ambani bahus were on the move last fortnight— Mumbai Indian team-owner Nita Ambani in South Africa and Tina Ambani back home as the Chairperson of Kokilaben Hospital. Nita Ambani at IPL season-I
Ambani bahus on the go
The Ambani bahus were on the move last fortnight— Mumbai Indian team-owner Nita Ambani in South Africa and Tina Ambani back home as the Chairperson of Kokilaben Hospital.

At the Indian Premier League II, Nita, 45, could not quite become the lucky mascot for Tendulkar’s team, but made her mark by being in the dugout with her players, wearing the team jersey and choosing her team over her kids’ exams even when it was clear that Mumbai Indians were not getting into the semis.

On her IPL-2 foray, Nita says: “We lost momentum in crucial moments of the tournament. However, it’s part of any sport and one has to keep learning... I just wanted to be out there with the team, to encourage them.”

Tina Ambani
Back in India, Tina Ambani, 52, is busy nursing her healthcare endeavour. She is advocating a new radiation technology for cancer treatment called Trilogy at Kokilaben Hospital that is trying to emerge as a super-specialty hospital with six areas of medical care in focus.

Cancer care or oncology is one of them and the new technology Trilogy helps save the healthy tissue during treatment. “Our aim is to introduce newer technologies in medical care that will help reduce costs, improve patient care and outcomes. And Kokilaben Hospital in Mumbai is just the first step, there will be more to come that would help patients across India,” says Tina. The Ambani bahus are surely game for more.

Talk in the skies! M. Thiagarajan
Come September, and the Paramount Airways aircraft crew will, in all probability, request you to keep your handset on and use it to your heart’s content while flying. While big carriers are struggling to save their revenue from fares, Chennai-based Paramount’s effusive MD M. Thiagarajan, 32, is eyeing income from services passengers would keenly lap up. Though on-board mobile services will come at a cost, users are unlikely to demur. Innovation is not new to Thiagarajan; he started his aviation venture in October 2005 with panache when he introduced new generation Embraer jets equipped with Cat-II low visibility auto land in India’s domestic market. “We believe in pampering our customers with cutting -edge technologies and enhancing their pleasure of travelling on board Paramount Airways,” says Thiagarajan. His aircraft come with satcom technology; activating which, however, requires regulatory approvals. “By September, we will be able to provide mobile connectivity in all our aircraft,” he says. If he succeeds, then it will surely make other airlines shed their smugness. 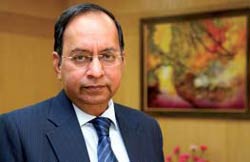 J.S. Sarma
For beleaguered cellular phone service subscribers, who have been plagued by indifferent to downright hostile consumer service at the hands of cellular operators, there just might be some hope. “Apart from looking at issues related to the telecom industry’s growth, a key priority will be looking at consumer interest concerns,” states J.S. Sarma, 60, the newly-appointed Chairperson of the Telecom Regulatory Authority of India (TRAI). The postgraduate geologist from Andhra Pradesh, who was plucked from his earlier posting as Member, Telecom Disputes Settlement and Appellate Tribunal (TDSAT), feels that while both roles are vastly different, the experience gained will serve him well. “There (at TDSAT), the role was more akin to a post-mortem after the deed is done, but yes, it has provided me with insights into the problems in this field which will be useful as far as regulation is concerned,” he observes. For the next three years, Sarma will have plenty of chances to put that theory into practice. 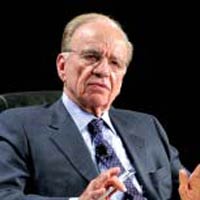 Rupert Murdoch
One of the more encouraging signals of your performance in the market is when a competitor concedes that you are messing around with his business. The grudginglyacknowledging head honcho in this case is none other than Rupert Murdoch, CEO, News Corp., of which broadcaster STAR India is a part. The recipient of praise—albeit slightly back-handed— is the less than one-year-young general entertainment channel Colors, which is giving STAR India’s flagship channel Star Plus a serious run for its money. In a conference call with analysts in the first week of May, Murdoch, 78, revealed that it’s been a difficult year for STAR. “Basically the difficulties have been in India. We’ve got a new competitor there (Colors), partially financed by Viacom. They’re going on the air in primetime with no advertising night after night. And that is affecting us,” shrugs Murdoch. He added that the advertising market in India was “down very heavily” and that he was waiting for the results of the elections for prospects to improve. That might just happen. But if things do turn around, there’s a fair chance Colors could well be going on air in primetime with some advertising night after night. What happens then Mr Murdoch? 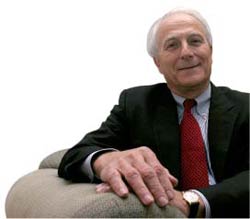 Phil Harkins
What was Phil Harkins, Executive Coach and CEO, Linkage Inc., a leadership and organisational development company, doing in India recently? Coaching Indian CXOs? No, not yet, but that’s what he intends to do in the coming months with Linkage rolling out its India operations in May. Harkins, 65, is an expert in the fields of organisational development, leadership and communications and has authored numerous books on the role of leadership. Why launch at a time when training budgets across India Inc. are frozen or at least have seen a downward revision? “The role of a leader assumes utmost significance in tough times and that works perfectly for us,” he says. That is if India Inc. warms up to his coaching acumen.