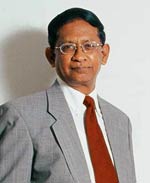 Jayakar Jerome
Nearly a decade ago, he took a moribund Bangalore Development Agency, the IT capital’s planning agency, and revamped its functioning. Jayakar Jerome, 63, is now looking to inject the same zeal into his latest assignment— Managing Director, Provident Housing Management Company, an “affordable housing” project from realty major Puravankara Projects. Jerome will manage a five-city (Bangalore, Chennai, Hyderabad, Coimbatore, and Mysore) rollout, where some 64,500 homes will be built at a cost of Rs 8,000 crore. “This is a completely new challenge for me,” says the former IAS officer (1983 batch). With the real estate market showing signs of a slowdown and potential buyers finding it harder to afford home loans, Jerome may face his most challenging task yet with Provident’s ambitious roll-out. The good thing: he’s talking affordable housing. 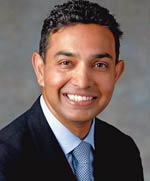 Sanjay Jha
He earned his fat pay cheque even before he joined the company. The day Motorola announced that it was appointing Sanjay Jha as the co-CEO of its handsets business, the Schaumburg, Illinois-based company’s market cap jumped some $2 billion. “I welcome the opportunity to lead this company into the future, while working to create a successful independent mobile devices company that will continue to innovate and grow,” Jha said in a release. Running Motorola’s beleaguered devices business is not going to be easy for the 45-year-old. Sure, the India-born earned his spurs as the COO at another telecom company, Qualcomm, but Motorola needs serious help. It desperately needs to catch up with Nokia, BlackBerry and even Apple, which is taking a lead over Motorola with its iPhone.

At the high table 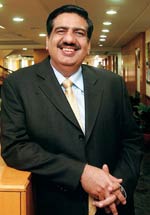 Vineet Nayar
It’s a record of sorts. Twenty-three years ago, Vineet Nayar joined HCL as a management trainee. Starting August, the 46-year-old Nayar, who became HCL Tech’s CEO in 2007, was appointed as a wholetime Director on the company’s board. It’s a welldeserved recognition from HCL founder and Chairman, Shiv Nadar, of all the good work Nayar has done over the years, especially of late.

Since he took over the reins at the Noida-headquartered software major in 2005, Nayar has grown revenues 150 per cent to $1.9 billion—that too by putting, quite audaciously, not customers but employees first. That and his “Blue Ocean” strategy are now subject of a Harvard Business School case study. “This is another opportunity for me to share and shape the larger transformation journey with Shiv Nadar, the board, and my team members across the HCL Enterprise,” Nayar said in a release. Competence and loyalty can be rewarding. 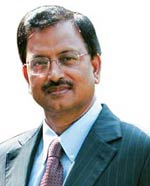 B. Ramalinga Raju
Except that both the words start with an S, there’s little common between soccer and software. But not if you are Satyam Computer Services, which is the IT services provider to FIFA World Cups in 2010 (Johannesburg) and in 2014 (Brazil). On August 5, the Hyderabad-based IT company kicked off in Kolkata, a national football tournament, the Satyam Football Challenge, as a first-of-itskind contest featuring as many as 4,000 college teams that will compete for the Satyam Cup. Explains B. Ramalinga Raju, 52, Satyam’s Chairman: “Our association with FIFA recognises the sport’s universal appeal and its tradition of skill, speed, competitiveness and teamwork— attributes that mirror Satyam’s own qualities.” Of course, what Raju really wants is to convert soccer-watching eyeballs into soccer-playing footfalls at stadiums. That explains his decision to bankroll Satyam Football Challenge for the next 10 years. 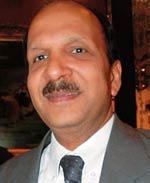 Ratan Jalan
A business relationship, they say, is built on trust and the lack of it can cause serious problems. Ratan Jalan, CEO of Apollo Health and Lifestyle Ltd (AHLL), has learnt it at great inconvenience to himself. On August 11, Jalan was whisked away by cops from Uttar Pradesh and kept in custody for a night in Hyderabad, following allegations of fraud by a franchisee.

As per the 2005 agreement, the franchisee had paid a non-refundable licence fee of Rs 22.04 lakh. A few months after the agreement, however, “(he) decided to drop out of the project for arbitrary reasons and made baseless allegations against AHLL that it failed to supply machineries,” recounts Jalan, 53. He has been granted interim bail, but Jalan has learnt his lesson: “We need to be even more cautious” when appointing franchisees. 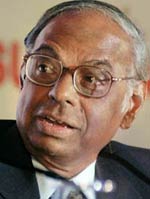 C. Rangarajan
There’s good news for those concerned over the future of economic reforms in India as also the deteriorating quality of debate in Parliament. In C. Rangarajan, 76, Rajya Sabha is about to acquire another erudite central banker (after Bimal Jalan) and economist, whose work over the last two decades has cemented his place as a core member of India’s reforms team. “As a Rajya Sabha member, I’d like to push for expansion of economic reforms in line with the objectives of inclusive economic growth,” Rangarajan told BT. That sounds like a perfect statement of intention for a man who’s credited with making possible many financial sector reforms, including simplification and deregulation of interest rate structure. As for rumours over a ministerial berth, Rangarajan simply says: “I deny it.”