She needs no introduction. Erin Brockovich, 48, took the world by storm when, in 1996, she spearheaded one of the largest direct action lawsuits in the history of the US against PG&E, a utility company in California. 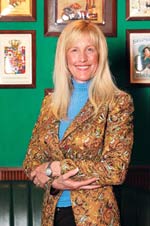 Erin Brockovich
She needs no introduction. Erin Brockovich, 48, took the world by storm when, in 1996, she spearheaded one of the largest direct action lawsuits in the history of the US against PG&E, a utility company in California. Since then, Brockovich has become an advocate of environment awareness. On a short visit to Mumbai for the India Today Woman Summit & Awards 2009, she declared that it was time for regulations to be enforced. “Whether it’s the US or India, deregulations are not in the interest of the human race.” Brockovich insists that each country needs its own Erin Brockovich. She hopes to revisit India to encourage its people and empower them, rather than the government alone, with her research because, as she comments on global governance issues, “a wolf is not the best guard for a hen house”. 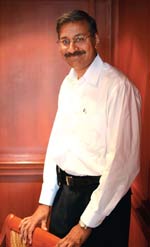 Shriram
Man of gold
He almost ended up nixing the proposal of Google founders Larry Page and Sergey Brin for an Internet search engine that became a generic in its category, but, probably on second thoughts, decided to back them anyway. That, in all likeliness, set Sherpalo Ventures’ founder Ram Shriram’s reputation as a man with the golden touch—accentuated recently by his inclusion in the Forbes Midas List 2009 at the third spot. Shriram, 52, has venture-funded several start-ups, among them naukri.com, Cleartrip and mkhoj. Shriram, who’s invested over $70 million in start-ups in India, is now betting big on cloud computing, which allows users to access costly software applications through Internet servers without having to buy them. Another stellar idea from the ace investor. 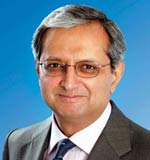 Vikram Pandit
The one-dollar CEO
An art perfected by the politicians, playing-to-the-gallery has fast caught the fancy of corporate honchos. Witness Citigroup CEO Vikram Pandit’s (52) rather histrionic announcement at a Congressional hearing that he would work for a dollar a year with no additional bonus till the group’s bottom line turned the corner. The gesture comes when top executives in the US are in the line of government ire for drawing hefty salary packages amid government doling out billions of dollars in bailouts. Whether this act adds in any way to Pandit’s stuttering and sputtering efforts to bankroll the banking giant, or remains a mere eyewash will be seen in the coming quarterly results where the bad news, analysts say, will just keep rolling in—the $45 billion of TARP (troubled asset relief program) funds, notwithstanding. 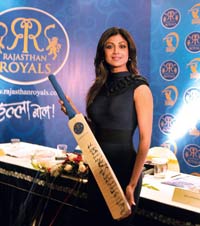 Shilpa Shetty
Beyond IPL
Investment in IPL done, actress Shilpa Shetty is hungry for more. Shetty, 34, has recently been in the news for her investment in IPL franchise cricket team Rajasthan Royals, the winners of last year’s IPL Series I. Earlier this month, Shetty, along with her business partner Raj Kundra, became one of the owners of the team by paying approximately $15.4 million for a 11.7 per cent stake. That, by no means, is her first brush with business. Shetty has already launched her production house S2 Global and produced a DVD on Yoga. What’s next? Another business venture that will take off in the next one month. Without divulging the details, Shetty says: “It is not an entertainment business for sure.” Sources say it could probably be another fitness venture from the lady who surely knows the shape of things to come.

Prof. J. Philip
Big on BRIC
If B-schools have stayed in news in recent days, it’s mostly because of the dull placement season. Nonetheless, now there’s some action. Prof. J. Philip, 72, President of Xavier Institute of Management and Entrepreneurship (XIME), Bangalore, and a former IIM-B Director (1985-91), has been elected President of Association of BRIC Business Schools or, simply, ABBS. The new body will have as its members B-schools from BRIC countries and South Africa. An alumnus of XLRI, Jamshedpur, and Harvard Business School, Prof. Philip says: “This is a historic initiative in view of the fact that the BRIC countries are poised to be dominant players in the global economy in the years and decades to come.” Now, he needs to build ABBS brick by BRIC.