Business Today brings you snippets from people who made news this past fortnight.
Team Business Today | Print Edition: April 12, 2015 She became a CEO in a maledominated mutual fund industry in India. And now Ashu Suyash replaces another woman and hardcore rating professional Roopa Kudva as the head of CRISIL, the leading rating agency. The 47-yearold finance professional boasts a strong background of setting up businesses from scratch. She did it for Fidelity in India, which was later sold to L&T. Suyash will face challenges at CRISIL because she is an outsider. Moreover, Standard & Poor's wants to align CRISIL, its Indian unit, with its global goals. Also, the ratings business has increasingly come under the scanner after the global financial meltdown. CRISIL has witnessed several exits and reshuffles, and so Suyash, who has two grown-up daughters, clearly has her plate full. - Anand Adhikari

BACK IN THE HUNT Phaneesh Murthy, chairman, PM Health and Life Care
The enfant terrible of the Indian IT industry is now ready with his new project. Also known for his midas touch, Phaneesh Murthy is back with an online pharmacy venture called, what else, PM Health and Life Care. After a controversial exit from the NASDAQ-listed iGate, Murthy had laid low for some time before floating his VC firm called PM Ventures. Earlier, Murthy, after a similar controversial exit from Infosys, had floated Quintant, a BPO firm which iGate eventually acquired. Some of the investors in Quintant, like 'Tiger' Ramesh, the CEO of CSS Corp., will also invest in PM Health and Life Care. Murthy will be its Chairman, while his former iGate colleagues Hemant Bhardwaj and Anil Bajpai will be the CEO and CTO, respectively. The new company is raising $10 million - including $2 million from Murthy's own VC fund - and will initially roll out in 10 cities. - Venkatesha Babu Christine Lagarde, MD, IMF (Photo: Getty Images)
Christine Lagarde is known for demanding bold actions from policymakers, and that was her message to India on a recent visit. Speaking on Seizing India's Moment at a college in Delhi, the head of the International Monetary Fund (IMF) said that India must carry out structural reforms - such as the overhaul of the subsidy framework, implementing Goods and Services Tax, and making labour laws more flexible - to achieve its true potential. The first woman to run the IMF also spoke about India racing ahead of the world, with a projected 7.5 per cent growth rate. Most importantly, however, she cautioned emerging economies like India on the fallout of a stronger US dollar and higher global interest rates. - Shweta Punj 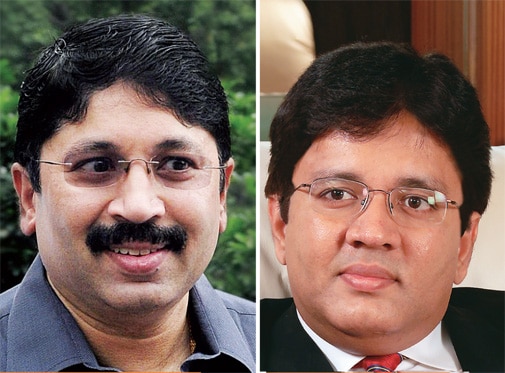 Dayanidhi Maran, former telecom minister; and Kalanithi Maran, executive chairman, Sun TV Network
The Maran brothers are contesting allegations of their involvement in the Aircel-Maxis deal in 2006 tooth and nail. Both Kalanithi Maran, Executive Chairman, Sun TV Network, and former telecom minister Dayanidhi Maran recently filed petitions challenging the jurisdiction of a special 2G court that had summoned them after the CBI's chargesheet against them on their alleged role in the deal. The special court had been constituted to deal with 2G scam-related cases and cancellation of 122 telecom licences allotted by the Department of Telecommunications. In February, the Supreme Court refused to intervene in the matter. The CBI alleges that Dayanidhi had "pressured" former Aircel chief C. Sivasankaran to sell his company to the Maxis Group in return for an investment in Sun TV. - Manu Kaushik 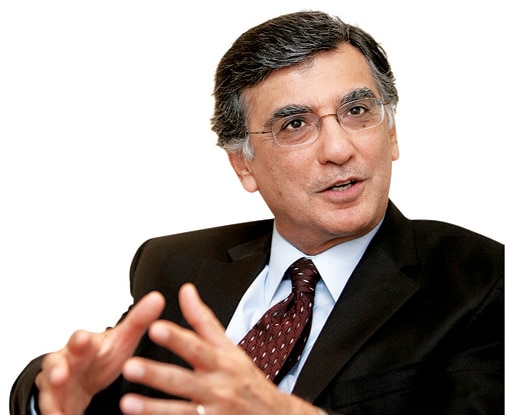 Harish Manwani, global executive advisor, Blackstone (Photo: Rachit Goswami)
When Harish Manwani stepped down as COO of Unilever, he made it clear he would live an active life post-retirement. True to form, he has now joined US private equity giant Blackstone. Manwani is credited with bringing about a consumer centric and go-to-market approach at Unilever that helped the company, perceived as laid-back, to grow by leaps and bounds in the past decade. His 38-year global management experience at the Anglo-Dutch FMCG major will surely come in handy as he now advises Blackstone's portfolio companies across the world. - Ajita Shashidhar
TweetYoutube
Tags: Ashu Suyash | Crisil | Christine Lagarde | Dayanidhi Maran | Kalanithi Maran | Harish Manwani | Sun TV | Phaneesh Murthy