Anil Moolchandani, CMD, Archies Ltd
What would he not do to have you receive an Archies card? After striking an exclusive deal with Hallmark Cards to open stores across the country, Anil Moolchandani, Chairman and Managing Director of Archies Ltd, is pushing his own creations for Rakhi and Holi, among other festivals, through Hallmark stores abroad, especially in Asian-dominated regions. "Few knew about Valentine's Day when we sought to popularise it. We pretty much created Friendship Day in 1995 and have now created Daughters Day, which is the fourth Sunday in September every year," says Moolchandani. But why are his cards so heavy on mush and so low on intelligent humour? "I want to sell humour, but many retailers do not care. They want cards that 'look good' as they sell… I wish it was otherwise as I have such a huge sample of funny cards, but they keep getting rejected," he says. You certainly cannot fault him for not trying. After all, few know that he even launched cards for gay people last year. 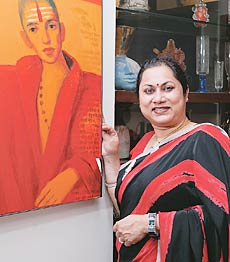 Tanya Goyal, Co-owner, Mogae Group
So how did Sandeep Goyal make a reportedly neat pile of Rs 250 crore by selling his 26 per cent stake to his joint venture partner Dentsu, the Japanese advertising major? Well, some answers might lie with his wife Tanya Goyal, 48, with whom he co-owns the Mogae Group. Few know about this media-shy high achiever, who has carved an identity for herself. Before moving to her second job as the first-ever female management trainee at Swaraj Mazda, Tanya taught Maths at Thapar University. In 1991, she set up Mogaé Consultants and launched her boutique recruitment business. She counts herself the first among independent, professional headhunters in the country. A decade later, she worked as a consultant with Hewitt Associates. Sandeep, with her guidance, struck a JV with Dentsu and she took over as Executive Director. She was on the board of all the seven Dentsu JV companies. Today, she still retains that title, is Principal Advisor to Dentsu and continues to sit on the board. Her strategy is to "go by my instinct". But her husband clearly swears by her judgment. "She restrained me when I wanted to bid for IPL… that has been good. But she cautioned me against two other ventures, which I did not pay heed to, and both have remained duds thus far," he says. Dr Sabahat Azim, CEO, Glocal
Long before he led the Securities and Exchange Board of India or SEBI, M. Damodaran was the health secretary of Tripura in the 1980s, a post that got him interested in rural health care. Now, along with Dr Sabahat Azim, a former colleague from Tripura, he is looking to set up a chain of primary and secondary healthcare centres across India. "Most investments are taking place in tertiary health care. M. Damodaran, Chairman, Glocal
But our focus is basic health care and those parts of India that are underserved," says Damodaran whose younger sister is a practising doctor in Kerala. Their start-up, Glocal, has already raised Rs 15 crore in funding and the two men now have plans of opening over 2,000 healthcare centres across rural India over the next five years.

Eye over the markets U.K. Sinha, CMD, UTIAMC
Now a look at the chairman-designate of the Securities and Exchange Board of India or SEBI, current head of the UTI Asset Management Company and retired (voluntarily) Bihar-cadre IAS officer U.K. Sinha. The man, who will shortly replace C.B. Bhave at SEBI, managed to transition through three different finance ministers in two different governing coalitions. "Sinha's best weapon is his razor-sharp mind. But an even greater weapon he has is the appearance of being harmless," says a bureaucrat. Sinha's plate will be full from Day One what with the two leading bourses - the BSE and the NSE - slugging it out in public, the controversy surrounding the third exchange MCX and a number of pending regulatory and policy issues. In addition to his much-admired brain, Sinha, as the markets watchdog, might need to exhibit some teeth. 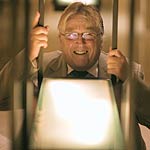 Paul Kerr CEO, Small Luxury Hotels of the World
Paul Kerr, Chief Executive Officer of Small Luxury Hotels of the World, refers to his organisation as the "McDonald's of the small hotel world". Membership in this small and exclusive club gives small, boutique hotels the ability to reach out to millions of potential customers despite the seemingly high membership and annual fees of �15,000 and �13,000, respectively. The money might seem like a lot, especially when Kerr himself compares the brand to McDonald's, but he insists it is a pittance. "Internet booking, property management and central reservation systems allow hotels to manage their revenues better, all of which we offer," he says. Little wonder then that every year, he gets over 1,500 applications and fewer than 5 per cent of them make the cut. 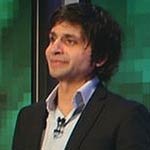 Amit Sood, Head, Google Art Project
As a young boy who spent his summer holidays in Mumbai, Amit Sood did not have much access to art other than the odd museum. "We were not a wealthy family, so seeing art when I was a child was not easy," he reminisces. It was only when he ended up in New York while working that he was able to enjoy paintings by European masters and other modern works. After a while, Sood found himself at Google where he discovered a shared passion for art with a few colleagues and, thus, Google Art Project was born. "Many museums had already gone online, but they did not always use technology very well. And there was little or no collaboration in the online realm between museums," he says. The museums were more than happy to have Google on-board, thanks to its army of engineers and innovative technology. "Now, kids in South Asia, Latin America and Africa can see and experience these works of art," says Sood. You can see Google Art Project at www.googleartproject.com.