People who made the news this past fortnight
Print Edition: June 22, 2014 'Save Paper' may be the politically correct motto of the digital age, but Sanjay K. Singh begs to differ. As Divisional Chief Executive of ITC Paperboards and Specialty Papers Division, his mission is to encourage paper use. "I take a printout of every important mail I receive," he says. Nor does he, unlike top executives in many offices, impose restrictions on the number of printouts of documents employees can take. Singh, who joined ITC as a management trainee in 1977, will also take over as President of the Indian Paper Manufacturers Association later this year. - AJAY MODI

Time of His Life Kronos CEO Aron Ain
There was a time when companies manually clocked their employees' hours in office. Then Kronos developed the first punch card system linked to a microprocessor which it introduced in 1979. "Today we guide some of the top organisations in scheduling the right people at the right point. And, in India, we have our second largest centre outside the US," says Aron Ain, CEO of the leading workforce management software and services MNC. About Kronos's own system of scheduling people, he said: "We have a follow-the-sun principle where employees in Asia service Asian and other markets only during their day hours and the reverse cycle is maintained by other counterparts. We never treated India as a cheap, labour arbitrage base." Ain also stresses that companies need to be sensitive about employees having a life outside work and getting back to their families by the end of the day. His $1 billion company is aggressively charting a growth path and, in India, is looking to double its operations in two years. - SHAMNI PANDE 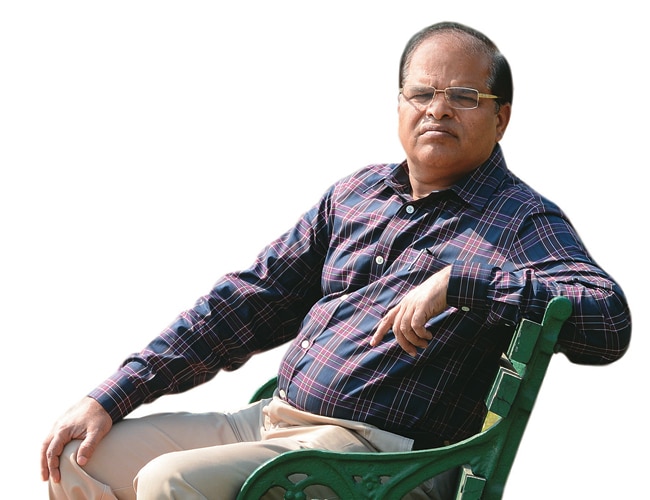 Coal India Chairman S. Narsing Rao (Photo: A. Prabhakar Rao)
"I think the newly formed Telangana state faces more challenges and I thought my services would be much more useful there. Though, I must say, Coal India has been equally challenging and interesting," says S. Narsing Rao, 56, on his decision to step down as Chairman of the world's largest coal producing company to serve as principal secretary to Telangana Chief Minister K. Chandrasekhar Rao. Narsing Rao hails from Medak in Telangana and those who know him well say he has been a supporter of Telangana's statehood since his student days. Ask him about it and he laughs and says: "That is not relevant now." - E. KUMAR SHARMA GreenDot Health Foods Founder & Director Vikram Agarwal
Cornitos, a flavoured tortilla corn chips brand, was established in 2009 under GreenDot Health Foods Ltd banner. Vikram Agarwal, Founder and Director at GreenDot, is optimistic about Cornitos's expansion in India, saying: "We want to reach a turnover of `100 crore in the next three years from the current `25 crore." Cornitos's production site at Roorkee in Haridwar district, Uttarakhand, is fully automated. Agarwal says the highest hygiene standards are followed at this plant, spread over an area of 6,000 sq. metres, with an annual production capacity of 1,800 tonne. "The nachos we make are untouched by hand, right from their lime treatment to their packaging," he says. "The quality of our products is guaranteed by a lab on site." Agarwal has always loved food. He recalls that when he was young, his mother would often call him to the kitchen to seek his feedback on dishes she had cooked - which he gladly provided. - ARUNIMA MISHRA 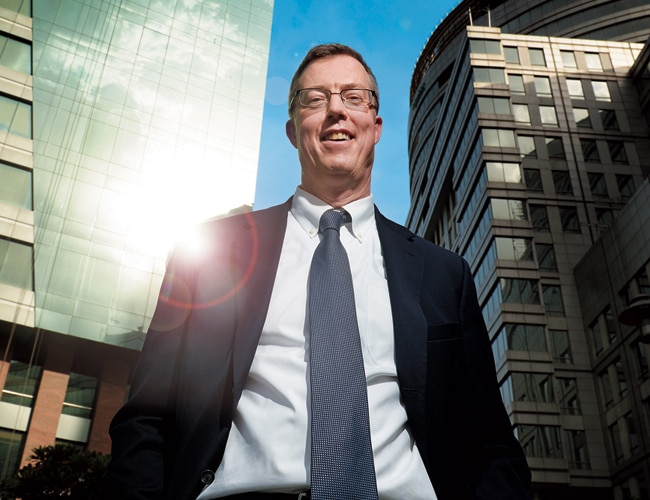 Schneider Electric VP (Healthcare Solutions) Michael Sullivan
Among the companies looking for a slice of India's rapidly growing health-care sector is France's Schneider Electric. India is among the top 10 countries Schneider is targeting, says Michael Sullivan, Vice President, Healthcare Solutions. "We increased our focus on providing health-care solutions to Indian hospitals four years ago," says Sullivan, 50. "We have decided to invest in a team of dedicated health-care specialists who understand the particular needs of hospitals." So, what does Schneider do for the hospitals it works with? "In building a new hospital, a lot of investment goes into infrastructure. We are not doing brick and mortar part of it. We build intelligent systems that help improve patient safety and satisfaction, staff productivity and financial performance through energy efficiency and assets efficiency," he says. - MANU KAUSHIK

People who made news this fortnight