Clash of the Titans

The standoff between Facebook CEO Mark Zuckerberg and Tesla CEO Elon Musk on artificial intelligence (AI) has raised even more questions about the developing technology instead of answering them. While Zuckerberg supports AI and sees it making breakthroughs in key areas such as healthcare, Musk has often been critical and believes it is the greatest risk to civilisation. The matter escalated when Zuckerberg, during a Facebook live broadcast, criticised people who come up with doomsday warnings regarding AI. "I think people who are naysayers and try to drum up these doomsday scenarios - I just, I don't understand it," Zuckerberg said. His comments did not single out anyone but were considered to be potshots at Musk, who later posted a tweet that said Zuckerberg's understanding of the subject is limited. 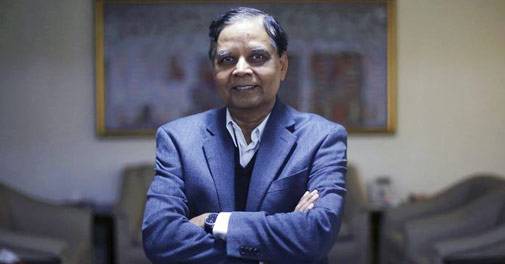 In a surprise move, Arvind Panagariya, Vice Chairman of the government think tank National Institution for Transforming India (NITI) Aayog, has decided to quit and move back to Columbia University. Panagariya, a noted economist, was appointed to the post in 2015 after the government replaced the erstwhile Planning Commission with NITI Aayog. He was not serving the think tank for a fixed term and around two months ago, told Prime Minister Narendra Modi he would like to leave. Panagariya cited his inability to get an extension from Columbia University as his reason for the departure. "If I were at 40, then I would have got a job anywhere... the kind of job I have at Columbia is almost impossible to get at this age," he said. Snapdeal co-founders Kunal Bahl and Rohit Bansal have called off merger talks with rival Flipkart and decided to go solo. Flipkart had offered to buy Snapdeal at a revised price of $900-950 million, a deal which was being negotiated by its investors for months. The company is now preparing for Snapdeal 2.0, which has been backed by its early investors. Chief Executive Kunal Bahl also wrote a letter to employees after the announcement, saying he refused to let any other company buy Snapdeal because he believes there is no one model to win the e-commerce market in India. "We firmly believe in our new direction - Snapdeal 2.0 - part of which is a laser focus on being a champion for all sellers in India, enabling anyone to set up a store online in a few minutes and focussing on providing a large selection of products at great prices to consumers," he wrote.

State Bank of India Chairman Arundhati Bhattacharya has recently announced the bank's decision to cut the interest rate on savings accounts. For accounts with deposits of `1 crore or less, the interest rate has come down to 3.5 per cent per annum while accounts with a balance of Rs 1 crore-plus will continue to earn 4 per cent interest per annum. "Large amounts of low-cost deposits consequent to demonetisation have either flown out or converted to higher-cost fixed deposits. This was done on the back of increasing real interest rates and inflation outlook," Bhattacharya said explaining the move. 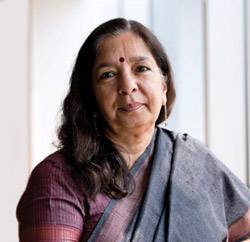 Shikha Sharma has been re-appointed Chief Executive Officer and Managing Director of Axis Bank for another three years. "All I can say is I am deeply excited about the opportunity of what is possible in the financial services space in India. Axis Bank has created some very strong capabilities in it," Sharma said after the appointment. Of late, speculation was rife regarding her next movement as her three-year term at the bank was coming to an end. Media reports said Sharma could be moving to the Tata Group or Bajaj Finserv or Piramal Finance. The latest development has, however, put an end to all rumours. Sharma has been heading Axis Bank since 2009 and has been reappointed for three times now.

A Light Fades Out