Romancing the Indian
Manish Singh came to India in 2008 from the UK as Country Head of the publishing house Harlequin, which produces the iconic romantic fiction series, Mills & Boon. He is the man behind Mills & Boon romances being published in four regional Indian languages, and has plans for another seven to eight regional editions too. Some of these are being written by Indian authors, with Indian characters set in Indian locales. "There is also a model hunt, starting in August, where we will select Indian models for the cover of the novels," says Singh. "These will be completely Indianised Mills & Boon stories." On the personal front too, he says, he has had a breakthrough - he learnt how to overcome fear, thanks to reading Michael Fischman's award-winning memoir Stumbling Into Infinity. 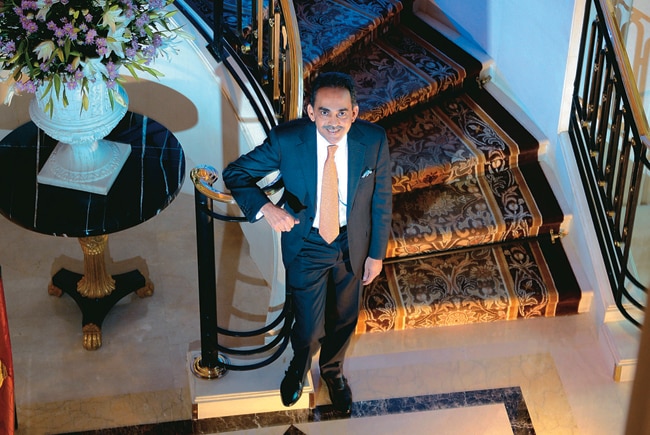 V. Shankar, Group Executive Director, Standard Chartered Bank Photo: Shekhar Ghosh/www.indiatodayimages.com
This Time for Africa
Visiting bankers tend to wax eloquent about India's economic prospects, while Indians themselves are far more sceptical. Dubai-based V. Shankar Group Executive Director, Standard Chartered Bank, who visited recently, however, preferred to talk about Africa which visibly enthuses him. The Chennairaised former tennis player brought with him non-executive directors of the bank in over a dozen African countries to give them a first-hand feel of the country. "More than half of Africa's population is under the age of 20. By 2035 it will have more people of working age than either India or China," says Shankar. Standard Chartered is, perhaps, the only global bank with a strong ground presence in both Africa and India. "Seven of the 10 fastest-growing countries in the world are in Africa," adds Shankar, who is now well placed to act as a bridge between the two fast-growing regions. 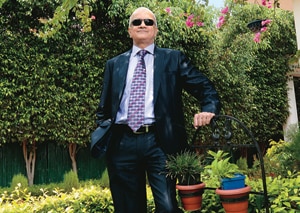 R. Chandrasekhar Photo: Shekhar Ghosh/www.indiatodayimages.com
At IT Again
The National Technical Research Organisation's loss has been the IT industry's gain. R. Chandrasekhar, 60, former secretary at the Department of Telecommunications (DoT), was recently asked to head India's premier technical intelligence agency, which he declined. But he has now taken up the challenging role of President of the IT industry lobby NASSCOM. He will take over from Som Mittal in January 2014, when the latter's term expires. Chandrasekhar's knowledge of policymaking and his government connections will come in handy as Indian IT readies itself for the next phase of growth - one that will be led more by products and intellectual property, rather than people. "Different segments of the industry need nurturing," says Chandrasekhar. "One of them is start-ups and companies into innovation." Mahesh Samat, MD, Epic Television
Epic Endeavour
Epics have always fascinated Mahesh Samat, Managing Director, Epic Television. The former Walt Disney India head honcho has even written an epic-based comic book, Spirits of Ixora, himself, published by The Walt Disney Company. "I wrote it for my son because I wanted to tell him about Indian history in a contemporary way and I couldn't find a book which did so," he says. As he gets ready to launch his new channel, which also focuses on epics and history, later this year, Samat says he will air content set in contemporary times, but with a historical or mythological connect. Talking about the high-profile investors in his channel, including Anand Mahindra and Mukesh Ambani, Samat says: "I never gave them any magic pill. They saw growth opportunities in this genre." 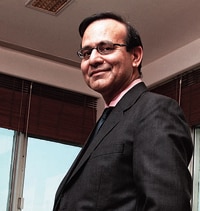 Leo Puri, New MD, UTI MF
Fund of Experience
It was in February 2011 that U.K. Sinha left UTI Mutual Fund to take over the top job at Securities and Exchange Board of India. More than two years later, during which the post of Chairman and Managing Director lay vacant, Leo Puri takes over as MD. UTI Mutual Fund is India's fifth-largest asset management company with assets under management of over Rs 74,700 crore. This is the first time a nongovernment official is taking over as MD at the MF, which will also, for the first time, see a separate Chairman and MD. Puri, 52, has over two decades of experience in financial services. With Masters degrees in Politics and Law from Oxford and Cambridge Universities respectively, Puri earlier served as Director and Senior Advisor with McKinsey & Co. He was also MD at private equity firm Warburg Pincus in India. 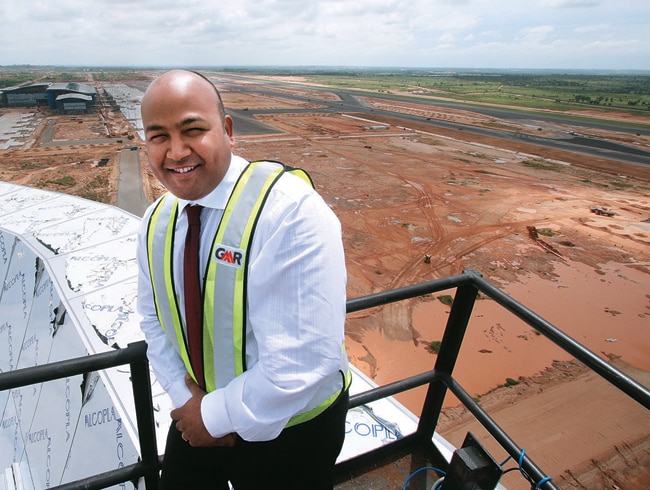 Kiran Grandhi, Corporate Chairman, GMR Holding Board Photo: A . Prabhakar Rao
Son Rise
Kiran Kumar Grandhi, the youngest son of G.M. Rao, Chairman of the infrastructure giant GMR Group, has taken over as Corporate Chairman in the GMR Holding Board, the apex decision making body for the group. Grandhi, who had headed Urban Infra and Highways business earlier, will now look after Group Finance, Corporate Strategy and GMR Sports. He had played a key role in bagging two overseas airport contracts for GMR - the ones in Istanbul, Turkey, and Male, the Maldives. The latter contract, however, is no longer with GMR. The GMR Group has a practice of shuffling the heads of its business segments that include airports and energy once in four years. The last reshuffle was in 2011. Grandhi's appointment has raised eyebrows as the group has not explained why it made this mid-term change.