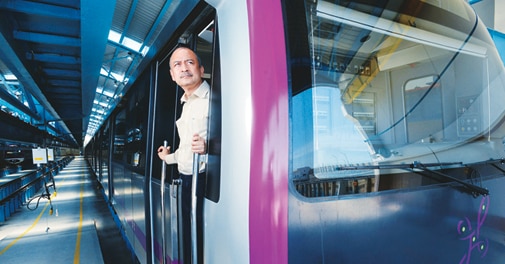 Up to Speed
The Bangalore Metro Rail Corporation Ltd (BMRCL) has a new boss in Pradeep Singh Kharola, a mild-mannered 1985-batch IAS officer. His career is on a high - the coveted posting follows a Prime Minister's award for excellence in public administration earlier this year. Kharola, 52, thoroughly understands both technology and urban transport. A postgraduate from IIT Delhi, he has, in an earlier stint, headed the Bangalore Metropolitan Transport Corporation, until last year the only profit-making urban transport entity in India. He wants BMRCL's metro system to become fully operational at the earliest. The metro is already running along a small stretch, but Kharola wants to open another 11-km stretch in the next two months. "We want to open the entire 42-km metro under Phase I in less than two years," he says. That will make a big difference to commuters in the southern city of close to nine million. 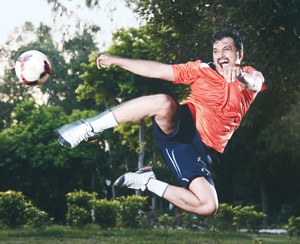 Subrotah Biswas, Director, India & South-West Asia, Logitech Photo: Vivan Mehra/www.indiatodayimages.com
Ball of Fire
Subrotah Biswas wants to change the general perception about Logitech, which began as a computer peripherals company. He wants to spread the word that it has morphed into a lifestyle product provider. The Swiss company recently launched Ultimate Ears, a new range of headphones - with both 'in ear' and 'over the ear' variants, and Bluetooth speakers. The company has also unveiled a new line of gaming peripherals, dubbed the Logitech G series, which includes a variety of keyboards, mice and headphones. A factory in China handles production for the entire Logitech range worldwide. An avid football player from his BITS Pilani days, Biswas, 41, Director, India and South-West Asia, Logitech, also coaches one of the teams participating in the Delhi international football league, which was started by expats and runs from October to February. His team won the division in his very first year as coach. Joe King, Head, Audi India Rachit Goswami/www.indiatodayimages.com
Good on Yer, Mate
Joe King has taken over from Michael Perschke as the head of Audi's operations in India. Perschke helped Audi become India's No.1 luxury car maker, but Australian-born King believes retaining that position will be his toughest job yet. "It is often harder to sustain the position than to become No.1," he says, but adds: "If you do the basics well, you can stay there." In his previous assignment as head of Audi in Australia, King's focus was to build customer loyalty. In India, he intends to do the same - concentrate on retail channels and relationships with customers. He finds two striking similarities between Indians and Australians, he says - both love sports and are eternally optimistic. 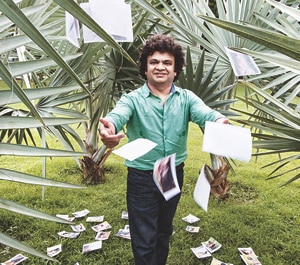 Soujanya Bhumkar, CEO, Cooliris Photo: Sounava Ray Sarkar
Appy at Work
There has been one fringe benefit for Soujanya Bhumkar since India became a big market for his app , which enables users to browse and share photos from multiple sources. The 40-year-old California-based Founder and CEO of Cooliris now gets to travel to India and meet his family in Mumbai more often. "I am here at least five times a year," he says. The 3D gallery concept of Cooliris, earlier known as PicLens, was initially ahead of its time but later got picked up for Android. "We just let users link all their sources and put in the missing pieces, allowing them to collaborate and share with others." he says. The Cooliris app is now a one-stop-shop for all media files, and will soon have premium features, as well as featured partners, both of which, Bhumkar hopes, will start bringing in money as well. D.K. Sarraf, CEO & MD, OVL
Oil Is Well
His colleagues admire D.K. Sarraf for his formidable number crunching skills, hands on approach at work and multitasking abilities. Now Sarraf has been named to take over as Chairman and Managing Director of Oil and Natural Gas Corporation (ONGC) once present incumbent Sudhir Vasudeva retires in February. He currently heads ONGC's overseas arm, ONGC Videsh Ltd (Ovl). "I am crossing every bridge as it comes. Right now it will not be appropriate to speak much," he says of his impending appointment. Sarraf's role was critical in taking OVL to gas-rich Mozambique, where it recently acquired a 20 per cent stake in a gas field along with Oil India. OVL has struck deals worth over $11 billion in Sarraf's tenure.